The Covid-19 lockdown has cut climate change emissions – for now. But some governments want to go further by harnessing their economic recovery plans to boost low-carbon industries. Their slogan is “Build Back Better”, but can they succeed?

I’ve just had a light bulb moment. The feisty little wren chirping loudly in the matted ivy outside my back door is telling us something important about global climate change.

That’s because, intertwined with the melodious notes of a robin, I can actually hear its song clearly.

Normally, both birds are muffled by the insistent rumble of traffic, but the din has been all but extinguished in the peace of lockdown.

The drop in traffic is a major contributor to the fall in planet-warming CO2 emissions we’ve witnessed globally. 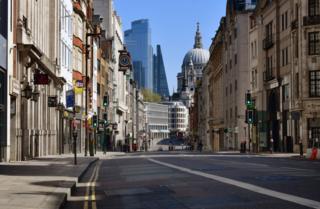 Before the Covid-19 crisis, we accepted the dominance of traffic noise as an inevitable consequence of city living.

Now, we have sampled an alternative urban ambience.

Governments currently face a stark choice: bail out polluting businesses, using that as leverage to impose environmentally-minded reforms, or let them return to their carbon-intensive activities as an economic quick fix.

But many members of the public have little desire to return to the state of affairs before lockdown.

In a poll, a fifth of members of the motoring group the AA, said they would work more from home in future.

This has implications for the UK government’s £28bn road-building programme which assumes that traffic will rise by 1% per year – a conjecture that now looks unlikely.

The stay-at-home trend will be offset somewhat by nervous public transport users shunning trains for fear of infection, and by long-distance commuters who might decide that if they only need to visit the office three days a week, they’ll buy a home even further away. 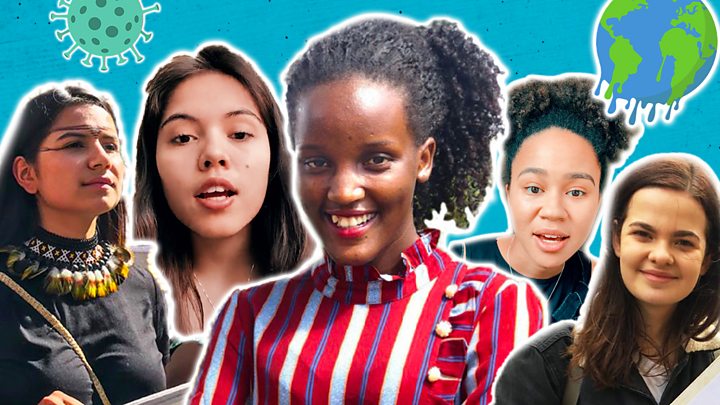 The AA, which for years was seen as the voice of motorists, has asked the government to think again about its £28bn road expansion. Its president, Edmund King, has suggested the money would be better spent on improving broadband

Another likely winner from the crisis is the movement fighting to turn city streets over to pedestrians and cyclists.

This has already happened in places like Paris, which is rolling out 650km of “corona cycle-ways”, and Milan, which has a programme to prioritise pedestrians and cyclists.

The determination to seize the moment for environmental change stretches further than the transport sector.

The UK is one of several nations looking to reboot its environmental strategy by calling in favours from private industry. After all, it was government which bailed out employers when the crunch came in March. The catchphrase is “Build Back Better”.

But it would seem to face a direct challenge in the shape of China and the US. The economies of both these superpowers have been savaged by the effects of coronavirus.

They are desperate to get back to pre-virus levels of output, so their leaders may think the surest means of doing so is through tried and trusted climate warming fossil fuels.

For those seeking a greener way out of the Covid-19 slump, renewable energy will help, along with electric vehicle charging points and broadband.

Frans Timmermans, vice president of the European Commission, is on the same track. He is leading work on a Green Deal to make the EU’s economy sustainable and says that not a single Euro should be spent propping up old, dirty industries.

All Covid-19 recovery investment should go towards commerce that either helps reduce carbon emissions or promotes digital business, he insists.

But some MEPs from parties on the right warn that the pandemic will have “far-reaching” economic and social consequences.

They insist the EU must scale back its pre-crisis climate ambitions.

That’s led some governments, like Germany and the UK, to offer hand-outs to polluting industries without imposing green conditions.

In the UK, the issue is causing contortions among politicians torn between saving existing jobs and conserving the planet.

MPs from the Liberal Democrats – thought of as one of the “greenest” UK parties – have joined other parliamentarians in demanding a conditional rescue for the airline industry.

They say that if ministers don’t step in, tens of thousands of jobs will be lost.

But the firms should promise to off-set their emissions by, for example, planting trees.

Off-setting is hugely contentious. Doug Parr, chief scientist at Greenpeace, argues: “Any government bailout should focus on workers, not the industry itself.

“It should be conditional on the industry agreeing to shrink until – if ever – low-carbon technology is available – which isn’t now.”

That begs a question: which industries should qualify for support? Should cash go exclusively to self-evidently green sectors like solar power – or to dirty firms trying to clean up?

Take the fossil fuel firms that pay our pension dividends by drilling for the stuff that’s over-heating the world.

The UK’s oil and gas industry warns that 30,000 jobs could be lost because of the pandemic and the current low oil price.

But why would governments support a commodity that’s fuelling the climate crisis, which is judged by the UN to be deeper than the Covid-19 crisis?

Perhaps it’s not that simple. Lord Stern, the former Treasury chief who’s now a climate expert, told me each firm should be judged on its trajectory, not on its current state.

“The oil and gas industries are producing stuff you want to run down very quickly,” he said. “But you do see some companies – like BP and Shell – which are declaring they are moving in a direction where they want to be going zero carbon.

“So, you can’t be indiscriminate or dogmatic. You have to look where the industry is going.”

At least UK environmentalists are dealing with firms that agree on the need to tackle climate change.

In the US, some fossil fuel firms have been determined to pursue government bail-outs without strings binding them to a less polluting future.

The Democratic Party has a long-standing proposal for a “Green New Deal” to promote clean technology. But President Donald Trump has minimised the importance of climate change. He has promised to help struggling fossil fuel firms, although his efforts have not taken root in a major way.

Then there’s China. In 2015, its leaders were persuaded by President Barack Obama to make major climate change commitments as part of the Paris climate agreement.

Since then, China has suffered job losses and fuel shortages. Beijing has resorted to a quick fix for the economy by building coal-fired power plants.

The green think tank Global Energy Monitor says the number of plants China approved in the first three weeks of March 2020 – equivalent to 7,960 megawatts (MW) – was more than the number agreed in the whole of 2019 (6,310 MW).

Unless China and President Trump change their spots (or the Democratic candidate wins the US election), Europe’s Build Back Better campaign won’t be enough to protect the increasingly fragile climate, even if it does engineer a green recovery.

And we have a lesson from history. Nick Robins from the London School of Economics (LSE) estimates that in the global financial crisis of 2008 just 16% of global stimulus plans were green – mainly because China invested massively in fossil fuel projects.

He tells me: “If we have any hope of combating climate change, we must make absolutely sure we do it better this time.”

What questions do you have about the environment and Covid-19?

In some cases your question will be published, displaying your name, age and location as you provide it, unless you state otherwise. Your contact details will never be published. Please ensure you have read our terms & conditions and privacy policy.

Use this form to ask your question:

If you are reading this page and can’t see the form you will need to visit the mobile version of the BBC website to submit your question or send them via email to [email protected]. Please include your name, age and location with any question you send in.