In May, 21,000 tonnes of diesel oil flooded into the Arctic Circle after a diesel tank at Russian metals and mining giant Norilsk Nickel’s powerplant burst. The firm blamed thawing permafrost for the disaster – but observers including Greenpeace suspect the ageing Soviet-era infrastructure was years beyond its safe use and they knew about the thawing ice.

Norilsk Nickel’s billionaire owner Vladimir Potanin – who is Russia’s richest man and worth more than £20 billion – has downplayed the disaster and apparently convinced President Vladimir Putin the spill had been “successfully reversed”.

There are oil products here [in the river]. They reached here, and we do not know how far north they reached

These claims have been branded outright lies by ecologist Georgy Kavanosyan – who secretly entered the area to conduct his own independent tests.

He said boons used to stop the diesel moving downstream didn’t contain much of the fuel.

Mr Kavanosyan spoke after he discovered signs of pollution 200 miles (321km) north in the Pyasina River. 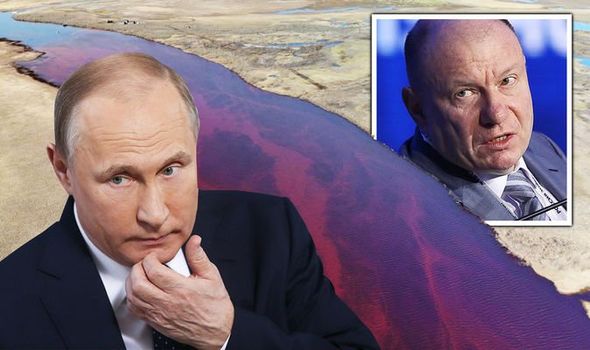 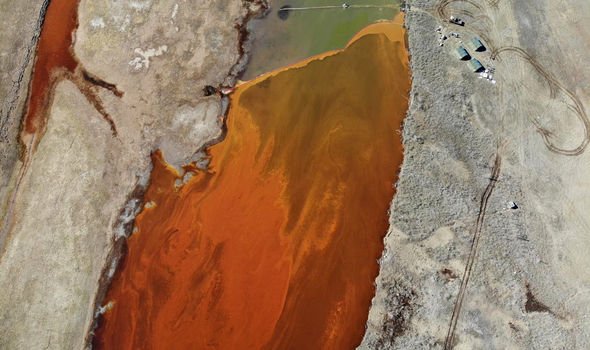 He said: “There are oil products here [in the river]. They reached here, and we do not know how far north they reached.

The ecologist added this means “a large-scale environmental disaster was not avoided” and that the Kara Sea – which leads on to the Atlantic Ocean – is under direct threat.

He claimed a cover-up had taken place similar to the one undertaken by the Soviet authorities after the 1986 Chernobyl nuclear disaster. 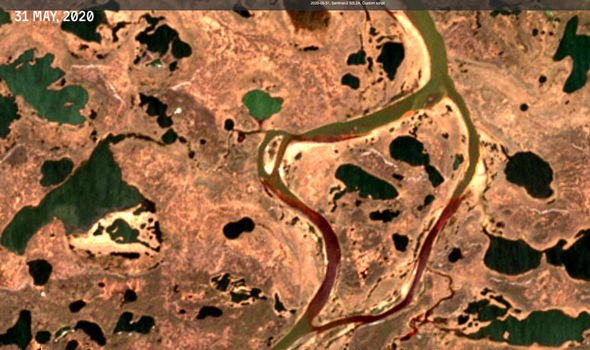 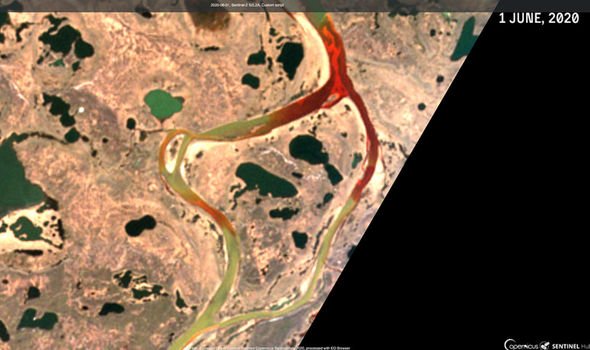 He said: “Potanin is trying to hide the true scale of the tragedy.

“The responsible authorities under his control deliberately hush up the fact that the contaminant is moving to the north.

“[He] is trying to downplay the magnitude of the disaster.”

Norilsk is Russia’s most polluted city – a fact very often blamed on Potanin.

Russian authorities have since launched a criminal probe – with Russian president Vladimir Putin issuing stern words about the company’s handling of the disaster.

President Putin said: “If you had changed them on time, there would have been no environmental damage and no need to foot such costs.”

Despite the cleanup environmental groups like World Wildlife Fund (WWF) and Greenpeace have accused the company and its owner of using global warming to avoid punishment for Norilsk’s ageing infrastructure, potential negligence in the accident and mismanagement.

Potanin – a former deputy prime minister of Russia – bought Nornickel in the 1990s for only a fraction of its real value using the so-called loans-for-shares scheme of privatisation. 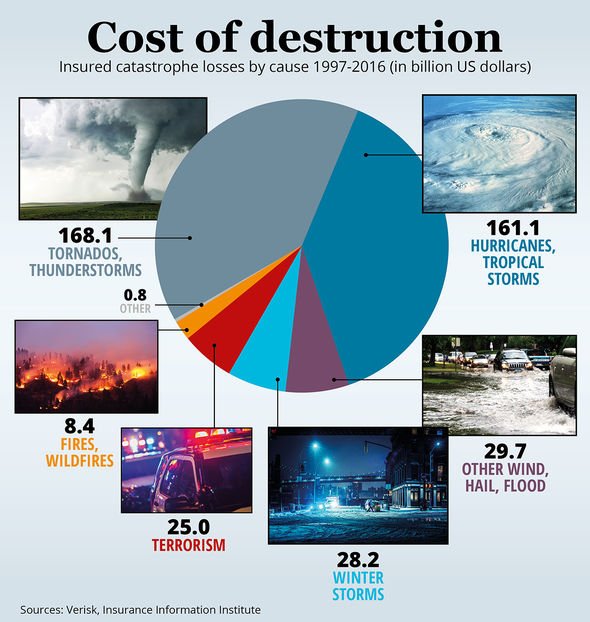 This made him an overnight billionaire and he has ever since used Nornickel to transform into Russia’s richest man.

Nornickel has pledged to cover all costs for the cleanup and to restore the local environment – something which could cost up to £4bn.

In a statement Nornickel said it “categorically rejects accusations of any attempts to avoid blame or downplay its responsibility for the diesel spillage in the Arctic,” adding that such accidents were “absolutely unacceptable regardless of their primary cause.”

The company said it was cooperating with law enforcement agencies and had launched “a full and thorough internal investigation” into the accident.

A company said in a statement: “We unequivocally accept that climate change risks, including those of abnormally high temperatures in the Arctic, must be properly addressed and mitigated.

“Nornickel has immediately launched a comprehensive inquiry into the increased risks we are now facing so to avoid climate-change related accidents in future.”

“We fully accept our responsibility for the event and are making appropriate financial provisions and arrangements for related legal liabilities as well as additional voluntary commitments in order to mitigate the inflicted environmental damage.”