The news comes as Ms Pelosi continues her tour of East Asia, with several nations expected to welcome the senior official during her trip. To date, no acknowledgement of a trip to Taiwan has been announced, however, it is widely expected she will head to the island sometime this evening.

China has already stated it will not “stand idly by” as the visit is planned, and has announced it will be conducting a “live-fire” exercise in the Straits of Taiwan as a deterrent to Ms Pelosi.

Beijing does not recognise any notion of Taiwan being an independent state, insisting the island nation falls under the “One China” policy.

With the threat of tension escalating, one writer, who calls himself “Tyler Durden”, says there are five potential military scenarios China could engage in should Ms Pelosi risk visiting the island, and sparking diplomatic chaos in the process.

Quoting the work of a Taiwan-based researcher, he wrote said scenario one could encompass a “minimalist approach.”

He said: “The PLA occupies Jinmen or Matsu islands, as well as Taiwan’s islands in the South China Sea, and maybe even the Penghu Islands.

“They also declare part or all of the Taiwan Strait a “no go” zone to foreign military shipping.

“This would probably be fairly easy for the PLA, and Taiwan would probably not want to overcommit to naval action against the huge PLA Navy (PLAN) if it didn’t directly approach the main island.” 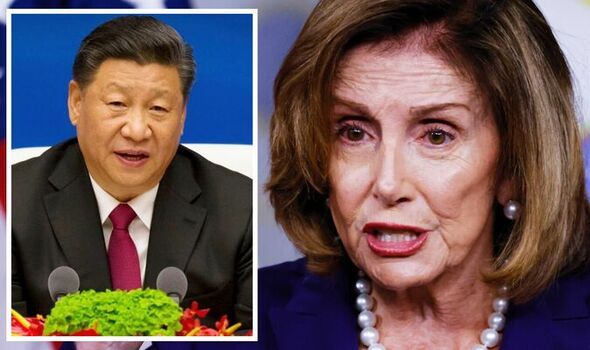 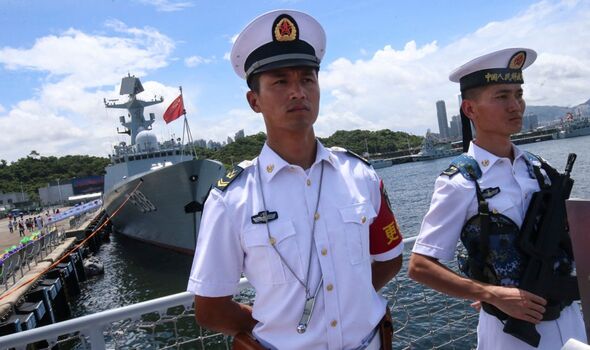 Next up, the writer suggests some form of hybrid warfare.

He said: “Some sort of partial naval and aerial blockade of Taiwan intended to interfere with the economy, combined with stepped-up harassment, such as direct flyovers of Taiwan’s territory by PLA Air Force (PLAAF) jets, or incursions into Taiwan’s maritime space by China’s naval militia, protected by PLAN warships.

“This might also be accompanied by cyberattacks designed to shut down the internet and other infrastructure for days at a time.

“Taiwan would have no choice but to assert a stiff defensive posture, resulting in real engagements between Taiwanese and Chinese forces, posing a serious risk of escalation.” 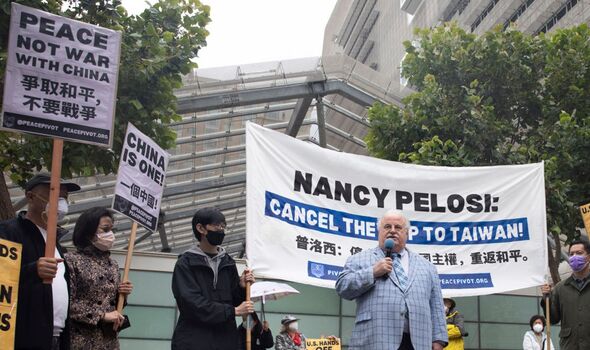 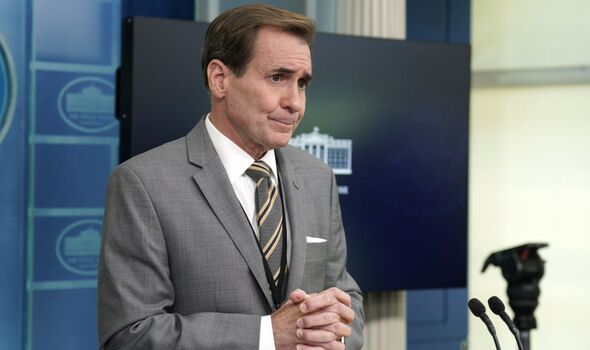 Adding a layer of serious depth to the potential response, the third scenario suggests China could launch a serious attack but stop short of a full-scale invasion.

He says: “This would involve air and sea warfare, but no boots on the ground.”
This could also be coupled with a serious cyber-attack blocking the internet and shutting down critical infrastructure in the process.

Next up, the commentator suggests a full-scale invasion of Taiwan could ensure following the visit by Ms Pelosi.

The invasion would involve heavy use of military resources, the use of inside elements within Taiwan – many of whom are originally Han Chinese people – as well as an amphibious assault seeing hundreds of thousands of troops pouring into Taiwan, quickly disabling any infrastructure and maintaining a full-scale occupation. 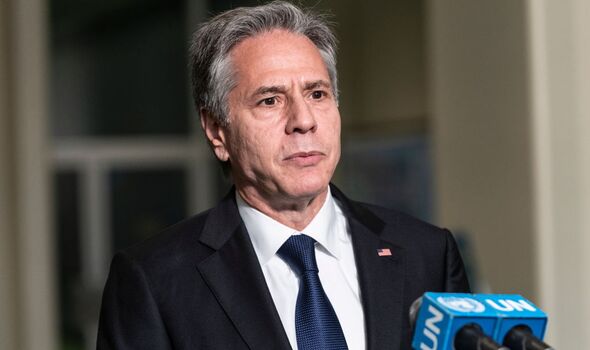 The fifth and final element, which is described by Mr Dunden as the “worst case scenario” is a huge full-scale attack, ballistic missile use, cyber-attacks the use of brute force in a takeover of the island.

On the contrary, US officials are warning China not to take “escalatory actions” surrounding Ms Pelosi’s visit to the region, and potentially Taiwan.

John Kirby, the National Security Council Strategic Coordinator for Communications said: “There is no reason for Beijing to turn a potential visit, consistent with long-standing US policy, into some sort of crisis or conflict, or use it as a pretext to increase aggressive military activity in or around the Taiwan Strait.” 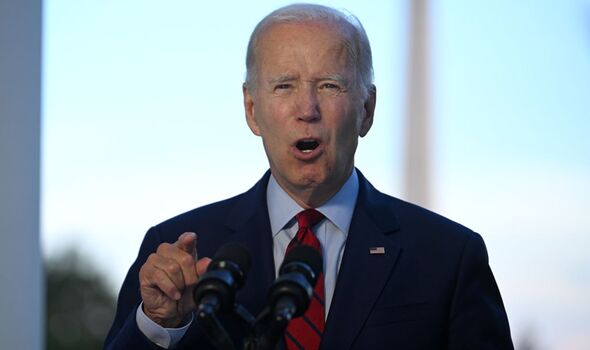 US Secretary of State Anthony Blinken said: “If the speaker does decide to visit and China tries to create some kind of crisis or otherwise escalate tensions, that would be entirely on Beijing.

“We are looking for them, in the event, she decides to visit, to act responsibly and not to engage in any escalation going forward.”

Chinese officials reiterated that the nation “won’t sit by idly” if Beijing feels its “sovereignty and territorial integrity” is being threatened.

President Joe Biden had said publicly ahead of the Asia trip that the US military did not believe it was a good time for Ms Pelosi to visit Taiwan, yet he has stopped short of telling her directly not to go, according to two sources.