Amazon’s CO2 emissions are INCREASING: Retail giant’s carbon footprint has risen 40% since 2019 – despite its plans to be ‘net zero’ by 2040

Amazon’s carbon emissions grew 18 per cent in 2021, largely due to demand for its services during the Covid pandemic.

In a new report, the Seattle tech giant has revealed it emitted 71.54 million metric tons of carbon-dioxide equivalent last year.

This marks a 40 per cent rise, and the third straight year of increased emissions, since the company started sharing the figures back in 2019.

It follows Amazon posting a $2 billion loss last week for the second straight quarter, as shoppers return to stores following the pandemic. 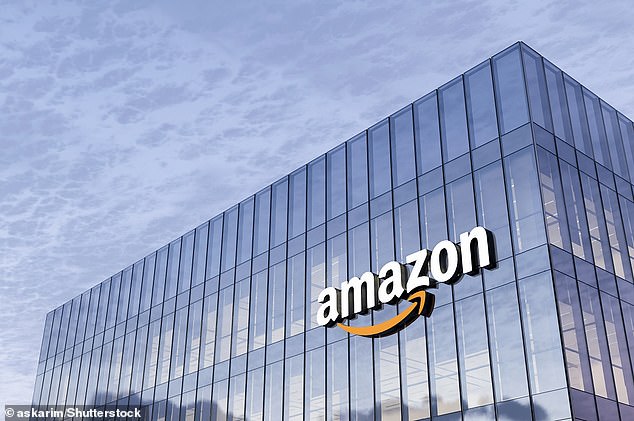 In a new report, Amazon revealed it emitted 71.54 million metric tons of carbon-dioxide equivalent last year – a 40 per cent rise since 2019 (pictured, Amazon offices in Seattle)

Figures are per million metric tons of carbon-dioxide equivalent (CO2e), the number of metric tons of CO2 emissions with the same global warming potential as one metric ton of another greenhouse gas.

Amazon aims to become carbon neutral by 2040, and power 100 per cent of its operations with renewable energy by 2025.

But in a blog post, Amazon said its ‘carbon-intensive endeavours’ mean the path to decarbonisation ‘remains challenging’.

‘While some of these businesses – including cloud computing and e-commerce – offer greater efficiencies, some are more carbon-intensive endeavours.’

Amazon said it had to scale its business ‘at an unprecedented pace’ to help meet the needs of customers through the pandemic.

The largest emissions growth by percentage was in a category Amazon calls capital goods – including building construction, servers and other hardware, equipment and vehicles.

In its quest to become carbon neutral by 2040, Amazon will build more sustainable buildings, use more zero-emission vehicles and decarbonise its supply chain, as well as power all operations with fully renewable energy in just two years’ time.

Last year, it reached the milestone of using 85 per cent of renewable energy. 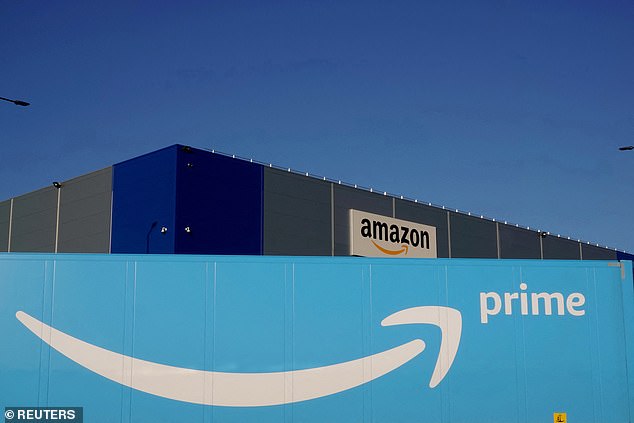 In 2019, Amazon co-founded The Climate Pledge and made a commitment to achieve net-zero carbon by 2040, which is 10 years ahead of the Paris Agreement.

This means any of its carbon emissions would be balanced by schemes to offset an equivalent amount of greenhouse gases from the atmosphere.

There are now more than 300 businesses and organisations that have signed The Climate Pledge, also committing themselves to net-zero by 2040, including Sainsbury’s, Virgin Media O2, Salesforce, HP, Logitech and Avivia.

Amazon reported its second-consecutive quarterly loss at the end of July, but its revenue topped Wall Street expectations, sending its stock sharply higher.

The Seattle-based e-commerce giant also said it is making progress in controlling some of the excess costs from its massive expansion during the COVID-19 pandemic.

Amazon lost $2.03 billion, or 20 cents per share, in the three-month period ended June 30, driven by a $3.9 billion write-down of the value of its stock investment in electric vehicle start-up Rivian Automotive.

That compared to a profit of $7.78 billion a year ago. It posted a loss of $3.84 billion in this year’s first quarter, its first quarterly loss since 2015, which was also marked by a large Rivian write-down. Analysts had been expecting a 12-cent profit in the latest quarter, according to FactSet.

But Wall Street was cheered by Amazon’s $121.2 billion in revenue, topping expectations of $119 billion. The results came as the company attempts to navigate shifting consumer demand and higher costs, while curtailing the glut of warehouses it acquired during the Covid-19 pandemic.