The ‘world-first study’ incorporated data from 150,000 participants from 142 countries. And this World Risk Poll has disclosed how, despite near-unanimous expert agreement about the threat posed by climate change to all countries, scepticism still remains surprisingly high.

Only 41 percent of respondents view climate change as a very serious threat.

And 13 percent of people cite the phenomenon as posing no threat at all.

The poll, commissioned by independent global charity Lloyd’s Register Foundation released today, found India, China and the US were there greatest climate-crisis sceptics.

This is despite these countries being three of the world’s biggest producers of climate-changing emissions. 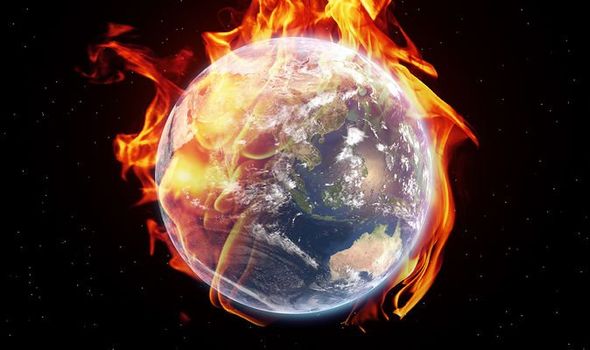 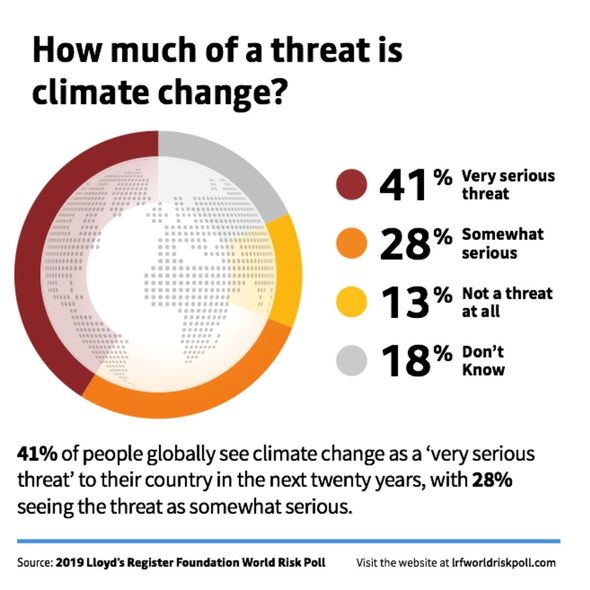 People in Southern Europe and Latin America, meanwhile, are now known to be the most likely to understand climate change as a serious threat, with more than 73 and 71 percent respectively expressing this opinion.

The survey interestingly discovered men are more likely than women to say climate change poses no serious threat over the next 20 years.

And those earning higher incomes are 16 percent more likely to regard climate change as a serious threat than those from lower-income brackets. 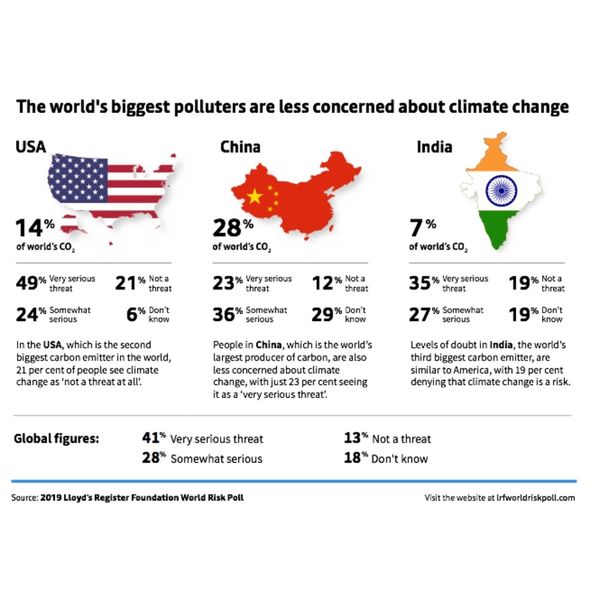 She said: “The results show that the majority of people are concerned about climate change.

“The poll also helps us to understand, country by country, what is driving this concern, and which groups of people do not think climate change is a risk.

“Coupled with findings from the poll about who people trust for information, and the best ways to engage with different groups in society, this provides very powerful material that can be used to help improve understanding of climate change.

“The report also provides insights that governments and others can use to create relatable, relevant communications that empower, rather than distemper, people to take action to reduce risk from climate change.

“The ultimate aim of the report is to create the safest possible world for people.

“Efforts to address climate change will be aided by an understanding of how people across the world think and feel about the risks of climate change and the factors that contribute to their perceptions – this insight will be vital for those involved n communicating about climate change risks and aiming to change public behaviours.”

And she also believes it is still not too late to mitigate the problem of man-made climate change.

She said: “The poll provides insights for scientists, governments, pressure groups and communities to recapture and invigorate public debate about climate risk, which has understandably been overtaken by attention being focused on the global pandemic. 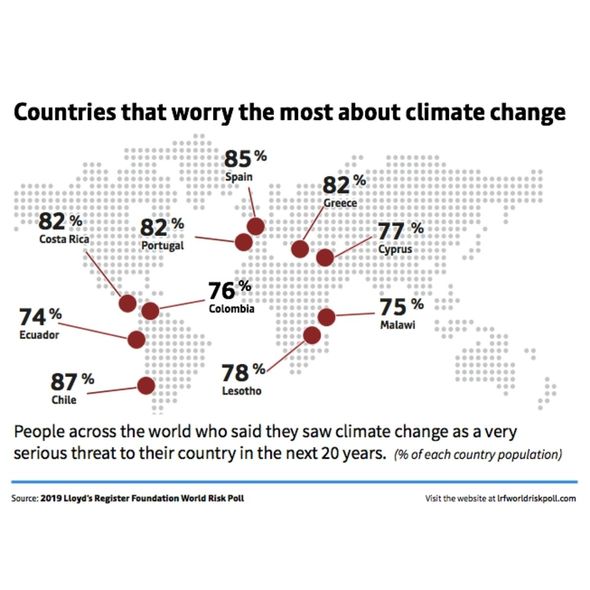 “We hope the awareness raised via the World Risk Poll will refocus the world’s attention on climate risk and the need to take action.”

“Knowing what people think will help us to identify gaps between peoples’ thoughts about risk and their experiences of threats to their safety.

“We can use this data to work with communities and empower people to take action most likely to reduce harm – that saves lives and helps them feel safe.”