Go for a pint to save the world! Carbon dioxide made when brewing beer will be used to help make crisps – and snack giant Walkers claims it will cut its emissions by up to 70%

Going out for a pint of beer in the future could help save the planet, as crisp firm Walkers plan to use CO2 produced in a brewery to create fertiliser for potatoes.

The firm, owned by PepsiCo, have adopted a technique developed by UK-start up CCm, that involves taking CO2 captured from beer fermentation and mixing it with potato waste to create a fertiliser that can be spread on the next years potato crop.

The process could cut crisp manufacturing emissions by 70 per cent, according to PepsiCo, as creating a fertiliser normally produces high CO2 emissions.

Creating fertiliser from beer and crisps doesn’t generate any CO2 and stops CO2 emissions from the brewery process from going into the atmosphere, Walkers said.

The firm hasn’t said exactly when the first crisps will be released made from potatoes grown using the new fertiliser – but they expect to use it on the 2022 crop. 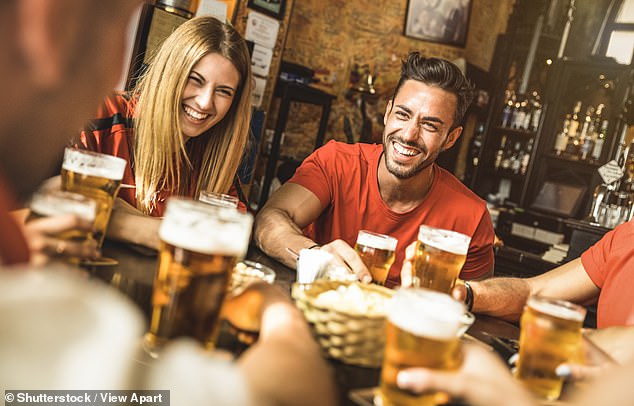 The firm, owned by PepsiCo, have adopted a technique developed by UK-start up CCm, that involves taking CO2 captured from beer fermentation and mixing it with potato waste to create a fertiliser that can be spread on the next years potato crop. Stock image

CCn, a 14-employee team, received a grant from the UK government to develop the novel process and trialled the beer-based fertiliser on potato seed beds this year.

The trial on a small batch of seed potatoes was dubbed a ‘promising trial of the fertiliser’ by PepsiCo, who will next work to roll out production on a wider scale.

They said once the equipment is installed and fertiliser produced at scale, it will reduce CO2 emissions generated from potato production by 70 per cent.

The technology is designed to connect to the Walkers anaerobic digestor, which uses food waste to generate nearly 75 per cent of the electricity used at the plant.

They say this helps to ensure the company sends ‘zero-waste’ to landfill by taking the by-product of this anaerobic digestion process and using it to make fertiliser.

By turning potato waste into a reusable resource, the firm says they are ‘driving more circularity in the potato growing process’.

The aim is that this in turn helps farmers reduce their impact on the environment.

PepsiCo says as part of a wider agriculture programme UK growers have achieved a 50 per cent cut in their water use and carbon emissions.

‘From circular potatoes to circular crops, this innovation with CCm Technologies could provide learnings for the whole of the food system,’ said PepsiCo director of European Agriculture David Wilkinson.

He said this would enable the agriculture sector to play its part in combating climate change, adding it was just the start of an ambitious journey.

‘This initiative is a step in the right direction, and we will continue working hard to lower the carbon impact of our products from field, through manufacturing sites, to consumption.’

Pawel Kisielewski, CCm Founding Director said the partnership with PepsiCo will demonstrate the ‘huge potential that innovative approaches can have’. 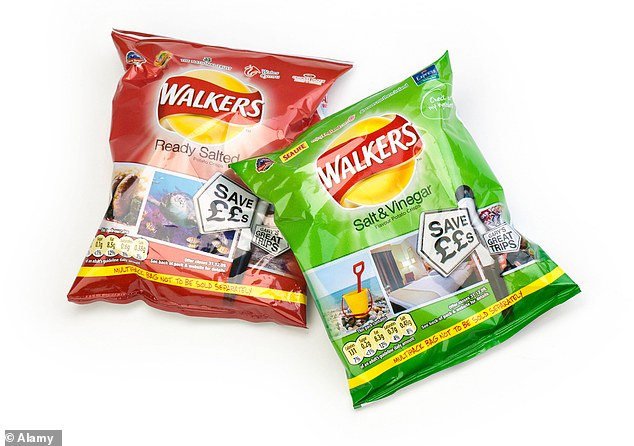 The trial on a small batch of seed potatoes was dubbed a ‘promising trial of the fertiliser’ by PepsiCo, who will next work to roll out production on a wider scale in the coming years

He said this particularly applies to promoting sustainable agriculture across the UK by enabling the sustainable reuse of waste resources and the locking of captured carbon back into the soil.

‘Our partnership represents a significant step forward in proving that agriculture can play a role in carbon reduction and the circular economy,’ Kisielewski said.

CO2 produced when fertiliser is made has been largely responsible for keeping emissions from agriculture static even as other emissions begin to fall.

Peter Hammond from CCm told BBC News there was an increased public awareness that something needs to be done about the climate, adding ‘lots of baby steps have come together to make something significant’.

‘The key challenge for us as a business wasn’t getting down the cost – it was marketing the fertiliser. This link with PepsiCo takes care of that for us.’