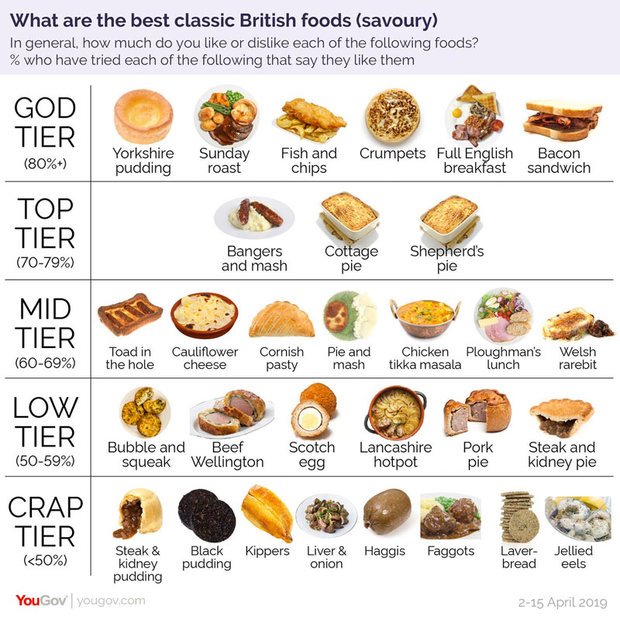 Andrew Edwards summed up the broad spectrum of sentiment by responding: “Black pudding and liver & onion in the bottom tier. Behave! And crumpet in the top tier?! Having a laugh. We’re a mess of a country.”

Justin Stathers, focusing on the popularity of quite, lets us say, subtle flavours in British cuisine replied: “Doesn’t this poll favour blander foods with a broad, mild appeal over ones which are more divisive, but also loved more intensely by those who do enjoy them?”

Meanwhile, over on the sweet list, there was more controversy: Victoria Sponge somehow got the nod for the top division while Deep Fried Mars Bars languished at the bottom. 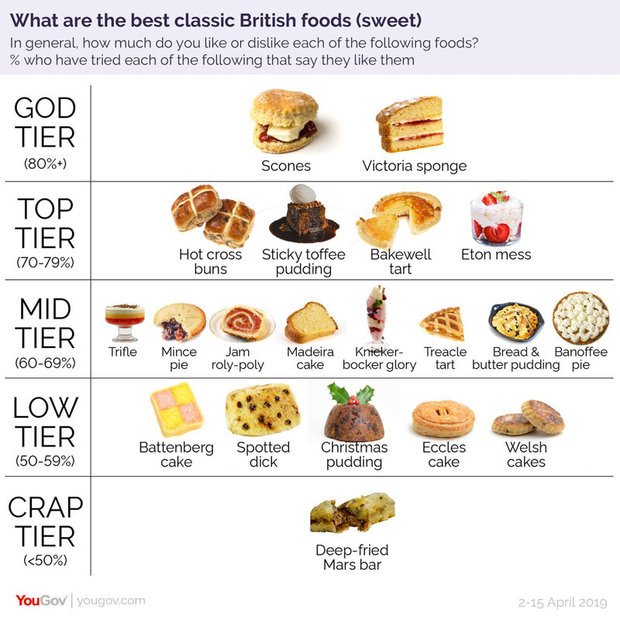 Banoffee Pie raised eyebrows, with some people insisting that it was American rather than British.

The survey was lambasted for its percieved “southern bias”. Some people even questioned whether the public could be trusted with big questions like this.

Rachel Hawkins asked YouGov: “Can you confirm or deny the rumours that the people you ask to take part in these surveys also cite Mrs Browns Boys as their favourite sitcom?” and Tom MacMillan added “are you suggesting the British public cannot be relied upon collectively to make sensible decisions?” to which Rachel happily agreed.

What’s your view? Is YouGov’s chart about right? Or does it constitute a culinary hate crime?