Dark matter accounts for about 85% of our universe’s total mass density and it spreads throughout.

About only 5% of everything around us is made up of normal matter, or baryonic matter, which is the stuff our bodies and our homes are built from.

But particle scientists and astrophysicists have not been able to detect the mystery substance anywhere in the visible universe.

Instead, they hypothesise that dark matter glues galaxies together simply because they appear to be much heavier than the sum total of the matter we can observe.

According to Mark Williams, a Royal Society University Research Fellow with the University of Manchester, there a number of different theories about the origin of dark matter.

Dr Williams is a particle physics at the European Organization for Nuclear Research (CERN), who works on the Large Hadron Collider beauty experiment (LCHb) particle detector.

Speaking to the Express, Dr Williams said: “There are all kinds of theories which may also have dark matter candidates.

“So, you can imagine particles from the other dimension somehow leaking their mass and gravitational effect into our universe. 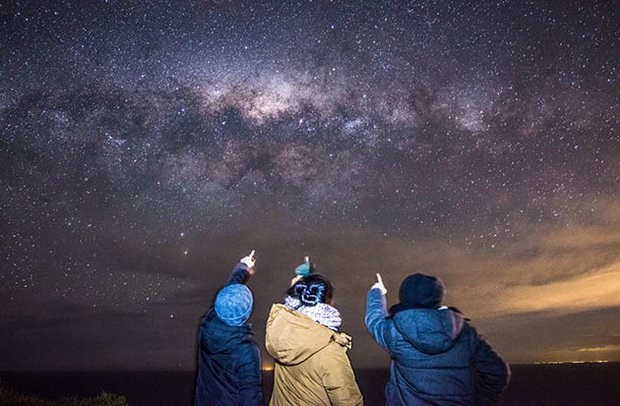 “Not only do stars in galaxies move around faster than expected, but galaxies within groups of galaxies do too.

When explaining what hypothetical substance is theoretical physicist Michio Kaku said: “Lets say that our universe is a sheet of paper, we live our entire life on this sheet of paper but directly above us there could be a parallel universe hovering right over us perhaps inches centimetres away and objects in this parallel universe would be invisible.

“Light travels beneath the universe so we never see this other galaxy.

“But gravity goes between universes because gravity is only the bending of space so if the space between two sheets of paper bends slightly then gravity moves across.”

It comes after NASA astronauts are coming under attack in outer space from STDs.