Although scientists are positive the dinosaur’s rule on Earth was cut short some 66 million years ago, Young Earth Creationists beg to differ. According to certain interpretations of Biblical Chronology, the planet’s age can be determined by tracing the lineage of mankind from the creation of Adam and Eve in Genesis to the birth of Jesus Christ in the New Testament. Young Earth Creationists, therefore, estimate our world is only 6,000 to 10,000-years-old – an estimate at odds with the scientific estimate of 4.543 billion years.

But how does this reconcile with the fossil record and the dinosaurs scientists have told us died millions of years before us?

According to Tom Meyer, a professor of Bible studies at Shasta Bible College and Graduate School in California, US, there is evidence to support the theory dinosaurs were on Earth at the same time as humans – evidence he believes disproves Darwin’s theory of evolution.

What is the evidence? A brass carving of a dinosaur-like creature adorning the tomb of an English bishop buried in the Middle Ages – more than 300 years before palaeontologists even coined the term “dinosaur”.

Professor Meyer explained: “Startling evidence has come to light which demonstrates that English artisans had knowledge of what dinosaurs looked like as far back as the end of the Middle Ages.

“Some 350 years before the English biologist and palaeontologist Sir Richard Owen coined the term ‘dinosaur’ in 1841, a tomb was decorated with the likeness of these creatures.

“The tomb of Bishop Richard Bell, located in the floor of the famous Carlisle Cathedral in England in 1496, is the place to look. 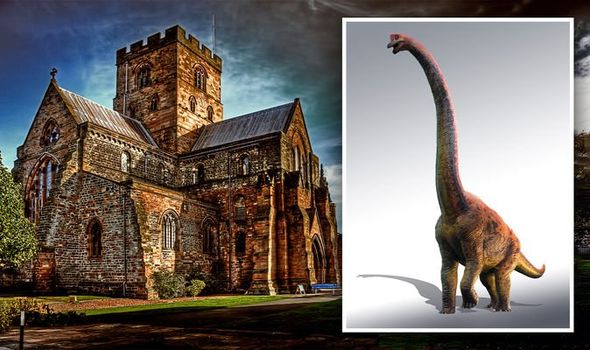 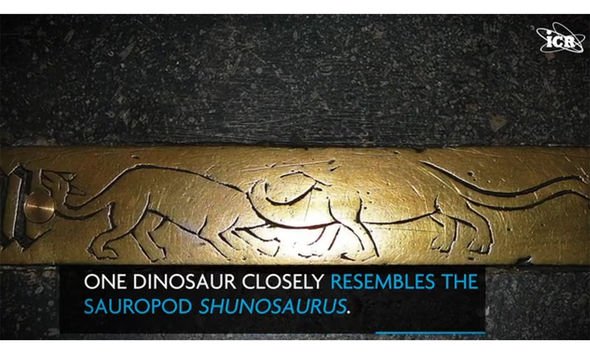 “His tomb was elaborately decorated with brass engravings depicting all sorts of animals contemporaneous to his time such as a bat, dog, pig, fish, eels, etc.

“But found among all these real and, to this very day, common animals, are depictions of two other real animals: dinosaurs.”

The creatures in question appear on a brass band set into the stone of the tomb’s cover.

At first glance, the creatures appear to resemble a member of the sauropod family, which included the famous Brachiosaurus and Brontosaurus.

The creatures stand on four thick legs and boast long and necks and coiled tails.

“They are famous for their sheer size, being among the largest animals to ever roam the Earth.

“The engravers of these dinosaurs did not have the benefit of studying dinosaur fossils or reconstructions of dinosaur skeletons in museums.

“If dinosaurs became extinct 77 million years before man evolved on the earth, how did these English Middle Age artisans know how to accurately depict them?

“How did they know what these sauropods looked like if dinosaur science didn’t begin until 350 years later?”

Professor Meyer went as far as to compare the brass etchings to two known species of dinosaur.

The Bible expert believes one of the creatures resembled a Vulcanodon dinosaur.

The second, he added, resembles a Shunosaurus due to apparent spikes on the back of its head.

Professor Meyer said: “Shunosaurus dinosaurs have only been found by palaeontologists in the Sichuan Province in China.

“The accuracy of the artisans’ depictions leads some to suggest that they were eyewitnesses to these dinosaurs.

“The engravings upon the tomb of Bishop Richard Bell and biblical chronology contest the conventional wisdom that dinosaurs became extinct 77 million years ago, well before man evolved via a series of chance mutations over billions of years.

“The evidence matches the biblical belief better than the evolutionary belief. 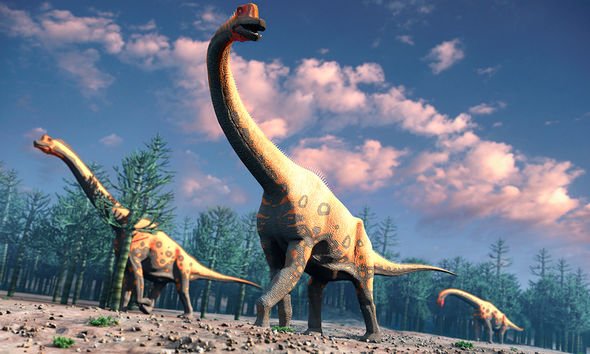 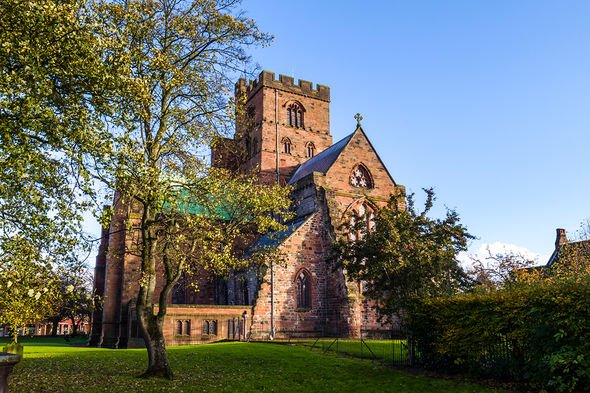 “Biblical chronology unabashedly pin-points the creation of man and every land animal (including dinosaurs) to about 6,000 years ago.”

Scientists, however, would challenge the far-out theory and instead argue the geological record does not allow for a Young Earth.

David R. Montgomery, a Professor of Earth and Space Sciences at the University of Washington, argued in a 2015 article a study of rocks and sediments points towards our planet being billions of years old.

There are also groups of Christians who believe the Biblical narrative and scientific discoveries are not mutually exclusive.

For example, Greg Neyman of Old Earth Ministries argued in 2015 there is not enough evidence to support the Carlilse dino theory.

He said: “First, there is absolutely no physical evidence of dinosaurs existing in the 1500s in England, and second, if they did, there would be a great number of references to dinosaurs in the literature of the time, and there isn’t.

“From the standpoint of hard, scientific evidence, there simply is none to support dinosaurs living in medieval times.”

Instead, Mr Neyman proposed the dinosaurs were the product of amateur palaeontologists trying to describe discoveries made in the ground – a possible source of dragon legends.

He added: “There are no writings to support this, but we do know that dinosaur bones existed in the rocks at the time, and they would have been visible to observers.”