What IS the Doomsday clock?

The Doomsday Clock is ticking less than two minutes away from disaster, according to The Bulletin of the Atomic Scientists. The Bulletin’s experts have unveiled their 2021 update at the annual Doomsday Clock conference after a year marred by the coronavirus pandemic, civil unrest and threats of military conflict. Last year the clock was set to just 100 seconds to midnight – the closest the clock has come to the symbolic hour of destruction since 1947 – and the clock remains at this time in 2021.

The Bulletin announced: “Humanity continues to suffer as the Covid-19 pandemic spreads around the world.

“The pandemic revealed just how unprepared and unwilling countries and the international system are to handle global emergencies properly.

“In this time of genuine crisis, governments too often abdicated responsibility, ignored scientific advice, did not cooperate or communicate effectively, and consequently failed to protect the health and welfare of their citizens.”

The Doomsday Clock is announced each year during a press conference held by the Bulletin and a panel of esteemed scientists.

This year, the Bulletin’s panel has cited the erosion of trust in science, rampant spread of conspiracy theories and a lack of political will to tackle the issues as reason for not resetting the clock. 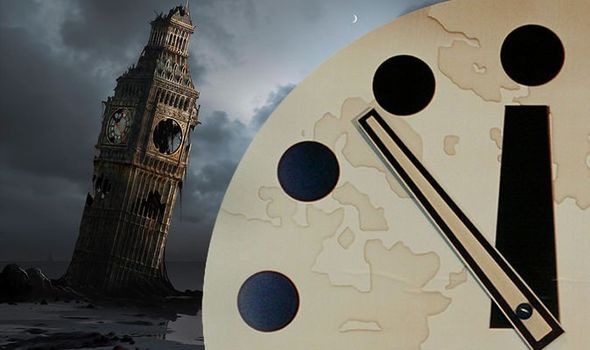 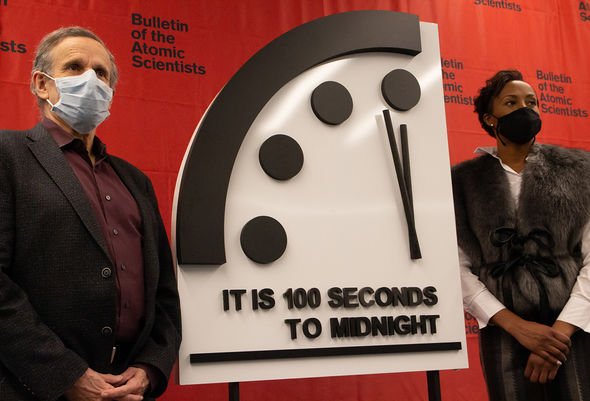 Dr Rachel Bronson, CEO and President of the Bulletin, said today the goal of the Doomsday Clock is to ask one critical question: “Is humanity safer or at greater risk this year?”.

In her opinion, last year has seen “a disastrous falling of dominoes” as science and enlightenment gave way to conspiracy theories and scientific scepticism in light of the Covid pandemic.

The Bulletin’s panellists have also expressed concerns about the world’s nuclear arsenal modernising but were pleased to see President Joe Biden rejoin the Paris Agreement on climate change.

The scientists hope this announcement will serve as a wake-up call about the “civilisation-ending” dangers that rest under our control. 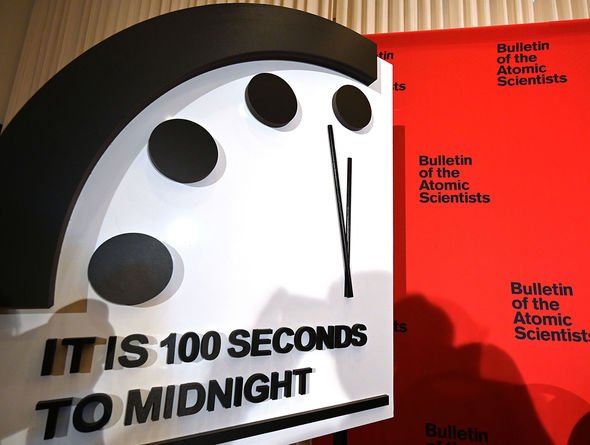 This year the announcement was made via a Zoom conference call due to the coronavirus pandemic.

President Sirleaf, co-chair of the WHO Independent Panel for Pandemic Preparedness and Response and Nobel Peace Prize recipient, said: “Covid-19 is a terrible warning against complacency in the face of global threats to all human life.

“The past twelve months have served to reinforce the messages that the Bulletin of the Atomic Scientists has been saying for decades: that it is only through collective action and responsible leadership that we can secure a peaceful and habitable planet for future generations.

“The new Presidency of Joe Biden has a chance to reassert US commitments to the values and institutions of multilateralism; there is no other way for humanity to overcome the dangers posed by pandemics, climate change and the risk of nuclear war.”

What is the Doomsday Clock?

The Doomsday Clock is a symbolic representation of how close humanity has pushed the planet to the brink of destruction.

The closer the clock’s minute hand is to midnight, the closer scientists fear we have come to the end of civilisation.

The clock was conceived in 1947, just two years after World War 2 ended.

Many of the Bulletin’s concerns back then involved war, unchecked scientific advancements and the advent of the nuclear age. 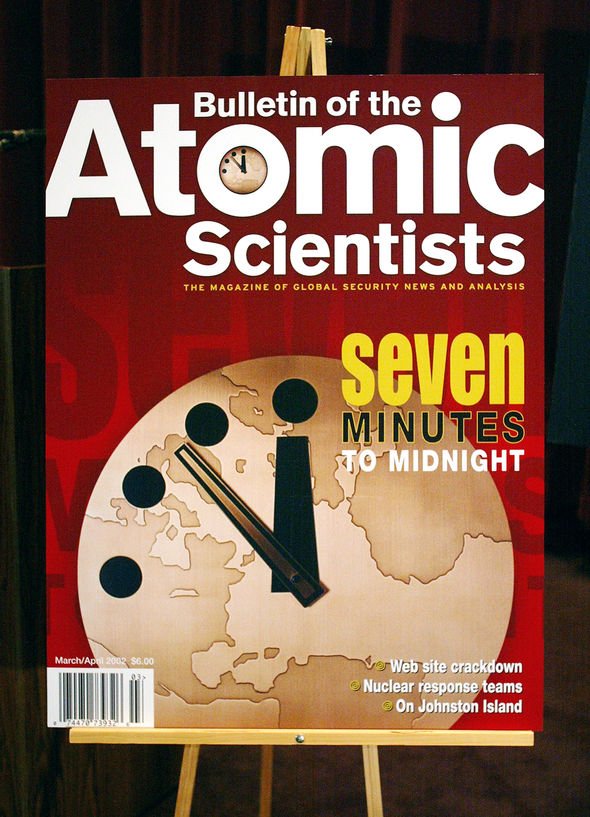 At the height of the Cold War, in particular, many people feared the US and Soviet Union would trade blows and order nuclear strikes on each other.

Today, the Bulletin’s scientists look at other man-made threats, such as climate change and cyber warfare.

When the clock was set to 100 seconds to midnight last year, the Bulletin said there was a worrying lack of action from world leaders to tackle climate change.

The Bulletin’s security board was also concerned with Iran’s and North Korea’s nuclear ambitions.

Dr Bronson said: “The past 75 years have seen the risks of nuclear war reach startling heights that have included the United States and Soviet Union testing hydrogen bombs; multiple moments when by either accident or design a nuclear exchange between the great powers seemed possible if not probable; an increasing number of states obtaining nuclear weapons; and most recently North Korean and American leaders exchanging childish name calling and not-so-childish nuclear threats.

“On the climate side, the past 50 years have resulted in a growing consensus that humans are dangerously disrupting their environment.

“As early as 1978, the Bulletin of the Atomic Scientists asked the question ‘Is mankind warming the earth?’ with a cover story that answered ‘Yes’.”

The clock was set to two minutes to midnight in 2018 and stayed that way for two years.