Home » Science » End of the world: ‘Mayans made a mistake’ Bible expert predicts end on December 21, 2020

Many conspiracy theorists and doomsday preachers were convinced the world would come to an end on June 21, 2020. The bizarre claims were based on supposed predictions made by the Mayan calendar, which according to some, ran out of time this summer. But as the world failed to disintegrate six months ago, some have been forced to revise their doomsday predictions.

According to Paul Begley, a Christian evangelist and online personality from Indiana, US, the Mayan calendar will have another shot at getting it right on December 21, 2020.

The date, previously linked to 2012 doomsday predictions, also happens to be the day of pastor Begley’s birthday.

Pastor Begley said: “Of course, the Mayan elders said this could have been the end of the world today. They might have made a mistake.

“Well, they obviously made a mistake on December 21, 2012, so they said maybe today would be the end of the world. 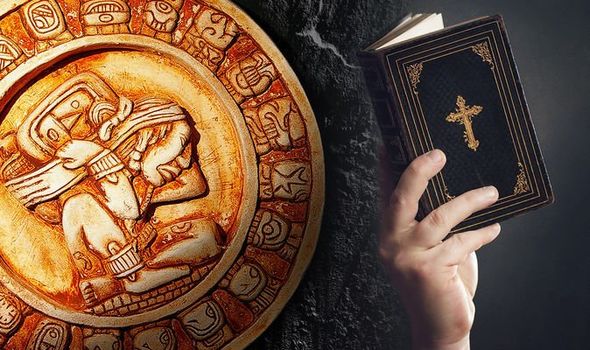 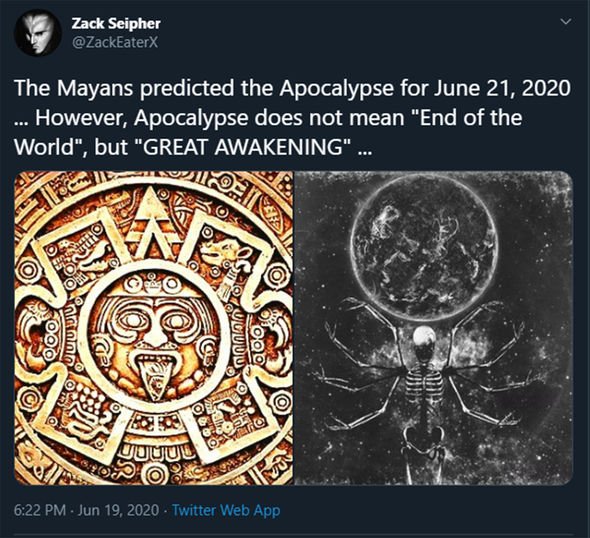 “And they made a prediction if this wasn’t the end of the world today, certainly my birthday will come again.

“December 21, 2020, during the great conjunction when Jupiter and Saturn come within 0.1 degrees of one another and create the brightest star in the skies since the star of Bethlehem.

“It will be the closest Jupiter and Saturn have been since 1623 and it won’t even come that closes again for another 500 years.

“So this is so rare and it’s going to be on the winter solstice.

“It’s going to be on December 21, 2020. The Mayans now reorganising and saying this could certainly be the end of the world as we know it.”

Pastor Begley is a prominent purveyor of doomsday prophecies linked to passages in the Old Testament and the New Testament.

The firebrand preacher often cites from the Bible’s Book of Revelation, which speaks of signs in the heavens and the earth that will precede the end days.

When an annular eclipse of the Sun occurred on June 21, pastor Begley said it was a surefire sign of the end times.

The preacher has similarly called Blood Moon lunar eclipses prophetic signs and waits for the day of Jesus Christ’s return.

Most scientists, however, agree the world is not going to end any time soon. 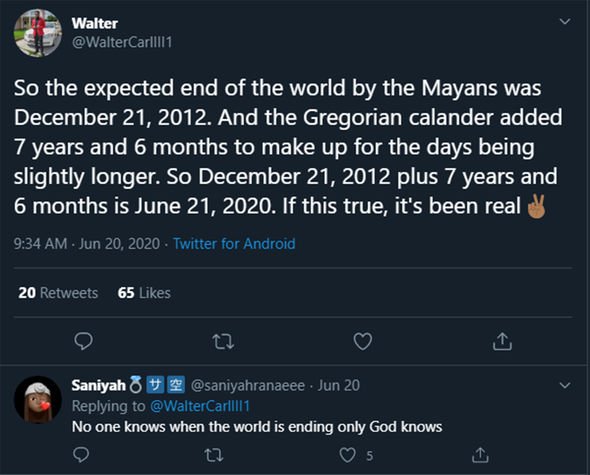 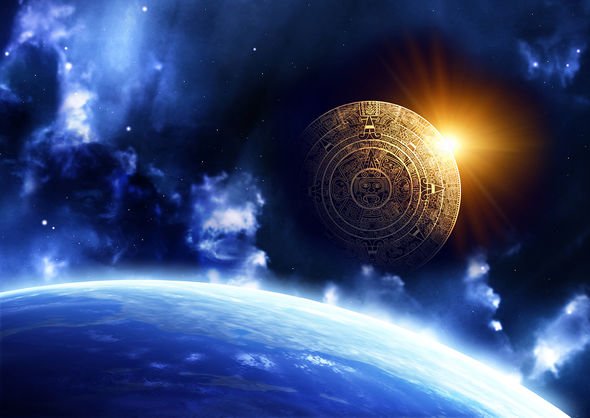 There is also no evidence to support the bizarre idea the Mayan civilisation knew anything about when the world was going to end.

After the original Mayan calendar scare in 2012, NASA said: “News flash: the world didn’t end on Dec. 21, 2012. You’ve probably already figured that out for yourself.

“Despite reports of an ancient Maya prophecy, a mysterious planet on a collision course with Earth, or a reverse in Earth’s rotation, we’re still here.”

Astronomer Edwin Charles Krupp, the former director of the Griffith Observatory in Los Angeles, also said: “What did the Maya themselves think about End Times?

“There is no evidence that they saw the calendar and a world age ending in either transcendence or catastrophe on December 21, 2012.”

Experts have also rubbished claims the world is going to end this year.

Konstantin Bikos of TimeandDate.com said: “The end of the world is near – again! For centuries, doomsdayers have prophesied the apocalypse.

“But there’s a tiny catch: None of the end-of-world predictions ever come true.”