One of the most prolific shooting star display is going to dazzle the night skies tonight. The much anticipated Eta Aquariid meteor shower has been slowly building up over the past few weeks and will reach its peak in the early hours of May 6. Stargazers can expect up to 40 meteors per hour to hit Earth’s atmosphere.

How can I make the most out of seeing the shooting stars tonight?

The best time to see the Eta Aquariids is the time between midnight and sunrise.

The Sun will begin to shine through at 5.23am on May 6, so it will be a late finish or early start for those who wish to spot some shooting stars.

To really make the most of the Eta Aquariids, the best place to be is away from a city or large town.

Light pollution plays a major factor in astronomy, which is why most observatories are out in the sticks, away from the glare of the city lights. 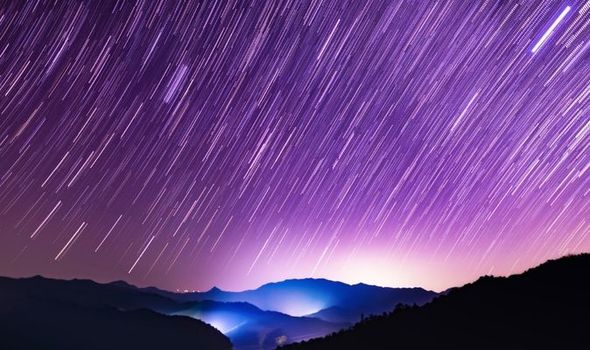 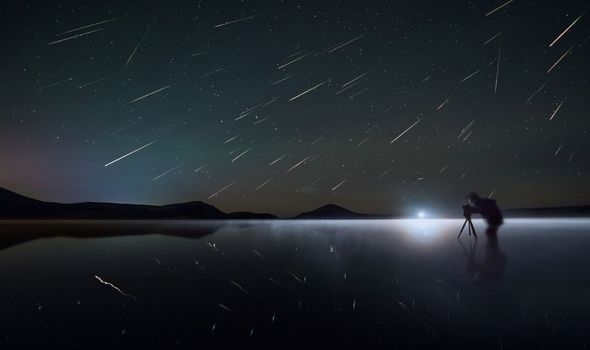 The same applies to amateur astronomy, and bright lights from the likes of skyscrapers will make the meteors harder to spot.

The Royal Greenwich Observatory said: “Hunting for meteors, like the rest of astronomy, is a waiting game, so it’s best to bring a comfy chair to sit on and to wrap up warm as you could be outside for a while.

“For the best conditions, you want to find a safe location away from street lights and other sources of light pollution.” 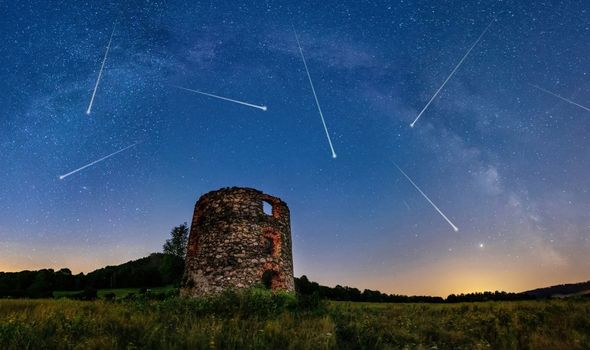 Try all you might to get away from the lights, the UK will be battling with an uncontrollable factor tonight.

While Britons would have been hoping for clear skies come May, that is proving not to be the case.

Clouds are predicted for most of the UK this evening and going into the early morning, according to the Met Office.

The meteorological service said: “Showers, perhaps heavy with hail, tending to ease across many areas, although a few continuing especially around coasts. 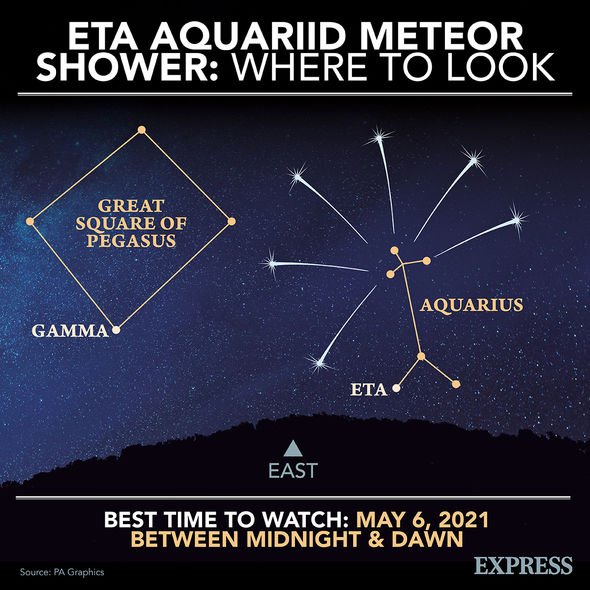 The Eta Aquariids are caused by Earth passing through the debris left by Halley’s comet.

Halley’s Comet, arguably the most famous of all the known comets, takes 75 to 76 years to orbit the Sun, but often comes close to Earth.

When it does come close, some of the comet’s offshoot – which are usually as small as a grain of sand – burn up in the Earth’s atmosphere allowing people to see the spectacular shooting stars.

Halley’s Comet creates one shower in May – the Eta Aquariid meteor shower – and one in October – the Orionids meteor shower.