First-person footage from Ride 4, the new racing game for PlayStation 5 and Xbox, is circulating – and it looks almost identical to real life.

Ride 4 from Italian video game developer Milestone based in Milan brings to life 34 racing tracks from around the world, including Donington and Snetterton in the UK, which were all meticulously digitally recreated with the aid of laser scanning.

The gameplay features little touches such as overcast lighting and rain on the tracks, in an incredibly convincing recreation of the British weather.

Gamers can also choose from more than 250 bikes from 22 official manufacturers, such as Honda, Suzuki and Yamaha.

Ride 4 is now available on PlayStation5 and Xbox Series X, as well as online gaming platform Steam via a PC.

Bikes and racing tracks in Ride 4 have been created using state-of-the-art 3D scan technology. Developer Milestone said the technology ‘allowed us to create the best models in the franchise history’ 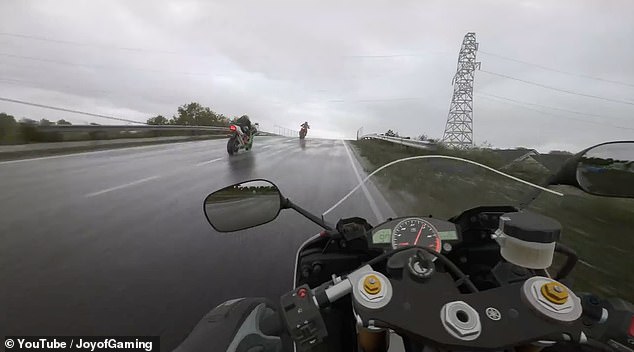 Ride 4 will ‘spark your competitive soul with hundreds of bikes, dozens of tracks and a whole new level of realism’

– Every asset has been created starting from CAD data, laser and 3D scanning to achieve precision down to the smallest detail

One commenter on a YouTube video of Ride 4 gameplay said: ‘Okay, this one is by far the most insane…. Looks identical to real life.’

Another said: ‘I never imagined I’d see games like this when I was a kid back in 80s.’

Milestone says on the game’s website that it’s mission has ‘always been to make you say “it looks so real”‘.

‘But with Ride 4 we pushed our limits even further, reaching a new level of perfection, so that you can finally scream, “This IS real!” it says.

‘Discover a new expression of realism, the perfect combination between cutting-edge technology, life-like models with extraordinary attention to the finest detail and an even more exciting competitive experience.’

Every asset the gamers experience has been created starting from computer-aided design (CAD) data, laser and 3D scanning – allowing the firm to ‘create the best models in the franchise history’.

During the game’s development, the 34 racing tracks – from Cadwell Park Circuit in Lincolnshire to Phillip Island in Australia and Kanto in Japan – were all laser and drone scanned for accuracy.

This has allowed ‘precision down to the smallest detail’ and a ‘more exciting and immersive’ racing experience, Milestone says.

It also features haptic feedback, which applies vibrations to the gamer to match the gameplay, giving the illusion they can feel the vibration of the engine. 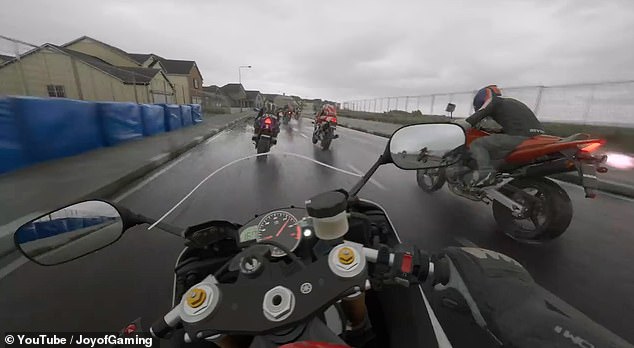 One gamer, impressed with the gameplay, said: ‘I never imagined I’d see games like this as a kid back in the ’80s’

As well as being able to race other human gamers online, Ride 4 features an ‘artificial neural network agent’ – a neural AI system based on machine learning.

According to Milestone, this lets players ‘race against faster, smarter, more accurate riders and compete with an AI more human than ever’.

To play Ride 4 on a PC, users need a PC with Windows 8.1 or later or they can opt to play on the newest rival consoles – PlayStation 5 or Xbox Series X and Series S. 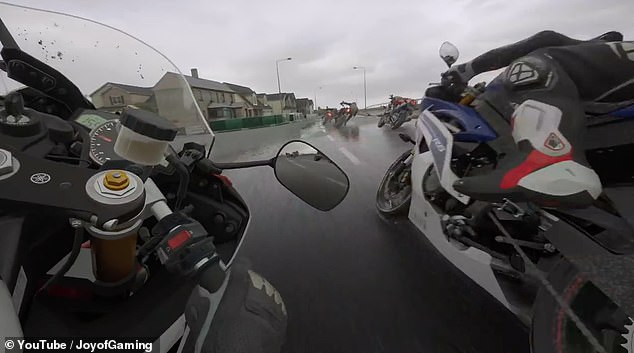 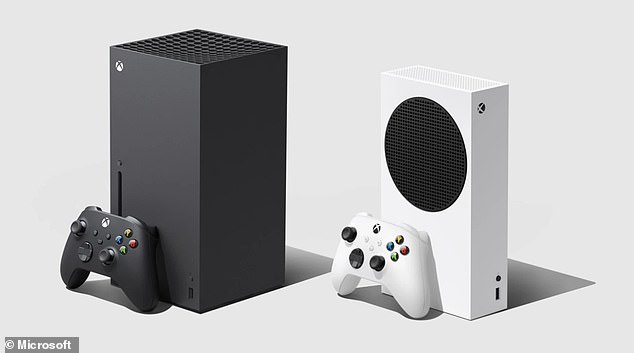 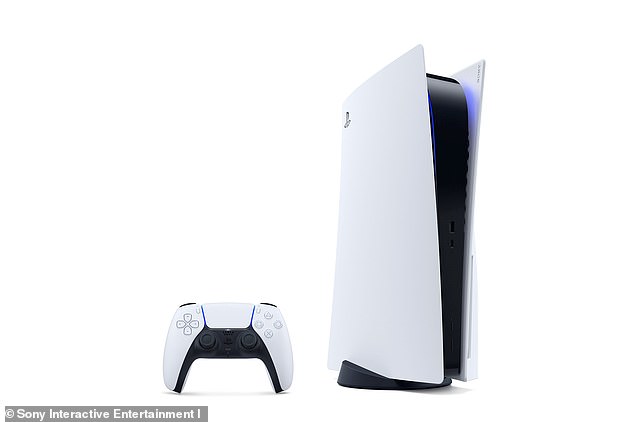 Sony’s PlayStation 5 went on sale in the UK in November 2020. The Japanese company claims it offers a ‘new era for gaming’

Sony released the PS5 in November last year, just after a week after rival Microsoft released its Xbox Series X.

Stocks of the PS5 were quickly depleted, leaving Brits in lockdown bitterly disappointed that they didn’t have a new console to while away the hours.

How does the PlayStation 5 compare to the Xbox Series X?

With the launch of the PlayStation 5 in the UK, both major console makers have now released their next-generation devices to gamers.

But how does the new PS5 compare to its rival system, the Xbox Series X?

Standing at around 39cm high when in its upright position and with its stark black and white design, the PS5 is not a subtle console.

At 4.5kg, it is not light either, but the system houses some impressive specs that make it significantly faster and more powerful than previous console generations.

In terms of performance, it has up to 10.4 teraflops of processing power available, and utilises ray-tracing technology to better render light within games.

Combined with the new ultra-high-speed solid state drive, it means games load and run significantly faster than before.

The console is also designed to make them look better because as well as the ray-tracing, the PS5 looks to run games in 4K resolution at up to 120 frames per second (fps).

It can even support 8K resolution where available.

The DualSense controller which comes with the console has received a significant upgrade, including a new haptic feedback vibration system which realistically recreates a much wider range of in-game vibrations than ever before, improving the immersion of gameplay.

In terms of games, Sony has introduced backwards compatibility on the PS5, meaning users are able to play a back catalogue of PS4 games as well as those coming to the PS5.

The PlayStation 5 is priced at £449.99, but is available in a digital-only version, without the Ultra HD Blu-ray disc drive which comes on the main console, for £349.99.

Microsoft’s new flagship gaming system is also priced at £449, but comes in a more compact package.

Inside too it is similarly powerful – using what Microsoft calls Velocity Architecture, the Series X offers 12 teraflops of processing power.

The Series X will run games in 4K resolution at 60fps, with further support for 120fps too.

The new Xbox also has its own way to quickly load games, through a feature called Quick Resume which allows players to jump between and back into games in seconds.

And in terms of an expansive games catalogue, Xbox owners can choose to join Game Pass, the console’s library of more than 100 games which can be streamed instantly.

Much like Sony, Xbox also has a digital-only version of its new console, the Series S, which has many of the same features of the Series X, but is considerably cheaper at £249.