Forget teen rebels! People aged 95 and OVER regularly engage in ‘small acts of resistance and subversion’ to maintain a sense of control, study finds

Forget teenage rebels – people over the age of 95 regularly engage in ‘small acts of resistance and subversion’ to keep some sense of control, a new study has found.

Researchers from the University of York and Newcastle University interviewed a group of people in their late 90s to see what the key elements were to sustain a positive outlook on life.

Overall, elderly people were happy and content with life during their old age. This was influenced remembering past successes, controlling their healthcare needs and appearing ‘outwardly presentable’.

The most important factor in keeping older people cheery, however, was holding onto their independence – even if this meant rebelling against those trying to help them. 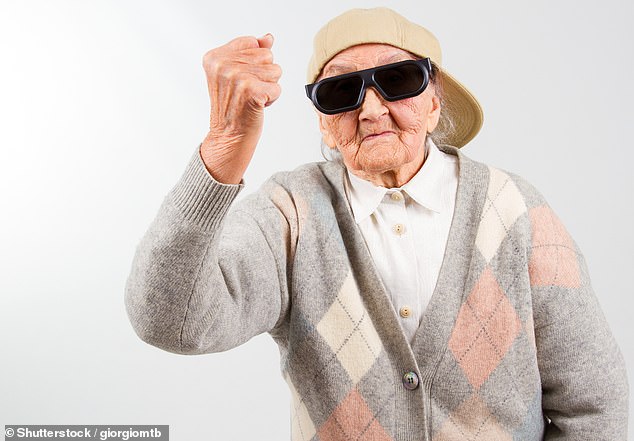 Forget teenage rebels – people over the age of 95 regularly engage in ‘small acts of resistance and subversion’ to keep some sense of control, a new study has found (stock image)

A study from the University of York and Nottingham University found that overall people over the age of 95 lived a happy and content life.

Researchers found that elderly people were keen to maintain autonomy.

If elderly people felt a sense of loss, they would find a way to still incorporate it into their lives.

For example if an elderly person once liked playing sports but could no longer participate, they would go and watch a local club play that sport.

These small rebellious acts included directing carers on how to carry out procedures, calling themselves ‘non-fallers’ and even, as with children and teenagers, demanding when their bedtime is.

Other defiant actions included refusing to take medication and resisting to make plans for the future, such as further care or even funeral arrangements.

While participants said they ‘picked their battles’ when it came to these protests, the study found acting out like this was to maintain autonomy and control of their own lives.

One woman who was interviewed tried to insist to doctors that she does not have a problem falling over, she simply ‘slides’.

‘I don’t even hurt myself, I just slide down.’

Similarly, 95-year-old Pamela tried to resist going into a wheelchair, in what her daughter described as a ‘tough battle’.

Pamela said: ‘When they got the wheelchair I thought “I don’t want this.” 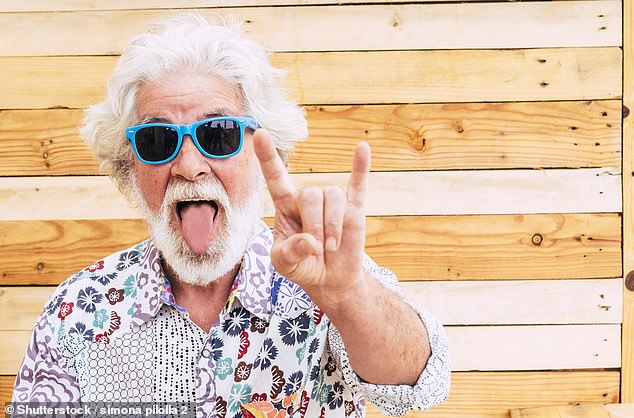 Family relationships were the most complex issues those over the age of 95 felt impacted their lives.

Those who felt more content in life were generally those who made decisions about their own care and wellbeing.

This included being in control of when to ask for help and when to ignore advice from children or grandchildren.

One man said he regretted telling his family about a fall, as his children believed he needed more care.

The study explained: ‘Often retaining independence was a battle between family and carers and the individual’s autonomous decision making.’

In most situations it was daughters who took on caring responsibilties, such as meal prep, cleaning and personal care.

Some participants realised they actively needed help from their families while others were concerned they were a burden.

Independence was a key factor in what many saw as maintaining their dignity.

In the study, the researchers interviewed 23 people aged between 97 and 99.

The interviews focused on the advantages and disadvantages of being some of the oldest within society, and placed them in the context of the individual’s own lives.

The dominant theme among all 90-year-olds that were interviewed was that they continue to live a happy, enjoyable life and were content with what they had achieved in life.

It found that there were five key elements to keep a positive life at an older age.

While the most important aspect of staying happy was maintaining a sense of independence, there were five factors in total needed to create a positive outlook.

These were being able to reflect on past successes, normalising the impact of ill health, being ‘outwardly presentable’ and being in control of whether or not they needed help from family.

Professor Joy Adamson, from the University of York’s Department of Health Sciences, said: ‘People in the UK are living longer than ever before and as such it is important that we understand the experiences of older age so that society can support them, but also afford them the dignity that comes with independence.

‘We found that participants in the study saw themselves as content with their lives, despite their world becoming smaller, and in poor health and other challenges, they were able to find pleasure in the smaller things of their daily routines and events.

‘Being independent came through strongly as a way of explaining their continued passion for life and was strongly equated to feelings of dignity and youth.

Professor Adamson explained that sometimes, elderly people striving for independence meant risks would be undertaken, even if the person had ill health.

Some participants, for example, refused to wear emergency bracelet buzzers, considering the risk of becoming unwell on their own worth it to continue having authority over their lives.

One participant, Margaret, seemed to have accidentally ‘lost her bracelet’.

She explained laughing in an interview: ‘I don’t wear a call button, no, I haven’t got anything like that.

‘I seem to remember having one at one time. Maybe I have put it away.’

Professor Adamson said: ‘This was an important finding because it makes us rethink how the oldest in society view safety and risk.

‘These can be at odds with those who provide informal or formal care.

‘Although devices such as emergency buzzers, have their benefits, the question is: at what cost to the older person in terms of anxiety and upset about a loss of autonomy? Should we be looking to achieve a greater balance between surviving and thriving?’

The study was published in PLOS One.

Loneliness may be a good thing for older people, new research shows

Older people really are kinder! Elderly are more likely than youngsters to do things that benefit others – including social distancing and giving to charity, study finds

Over 60s are regularly patronised by younger generations with name calling such as ‘geriatric’ and ‘over the hill’ among the most frequent insults, a 2020 study said.

Older people were asked by charitable organisation University of the Third Age (U3A) to report the most demeaning terms they have had directed at them.

The research found older people are often insulted in person, with 63 per cent saying they had been called these names in public.

Being called ‘geriatric’ topped the list with ‘past it’ and ‘fuddy duddy’ also making the top three.

Over 1,000 people aged 60 and over responded to a request by U3A to submit the most demeaning terms they have had directed at them.

U3A also quizzed the wider public and discovered more than half of them (53 per cent) admit using words which older people see as patronising.

A third (31 per cent) confess to using ‘fogey’ about an older person, while over a quarter (27 per cent) have used ‘biddy’ and 18 per cent said they’d described them as ‘past it’.

But it seemed many in younger generations simply don’t view the terms as insults.

U3A, which has over 450,000 members, is now asking the public to think twice about the language they use towards older people and help build a more inclusive society.

Sam Mauger, CEO of U3A, said: ‘Our members are vibrant, young at heart and have much to offer. They are not the stereotypes represented by these words.

‘This absolutely isn’t about placing blame; it’s about highlighting how our language can inadvertently serve to exclude people.

‘We want to challenge the preconceptions around ageing. Our members want to achieve in life, be active and keep experiencing new things.’

Read more:  Over 60s are patronised by younger generations with name calling