This coincides with a period when our planet was recovering from a global ice age.

If our interpretation is correct, it will be helpful for understanding the paleoclimate change and early life evolution

This epic glaciation event witnessed Earth resembling a giant snowball, with its water locked away from the Sun by more than half a mile (1km) of solid ice.

But this freezing era suddenly ended with a mysterious geologic “flash” – with the resulting thaw allowing life to rapidly evolve on land for the first time.

Geobiologists believe fungi may have been one such pioneering life form to colonise that fresh arena. 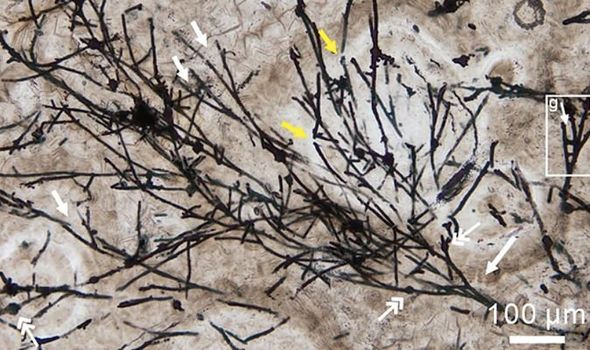 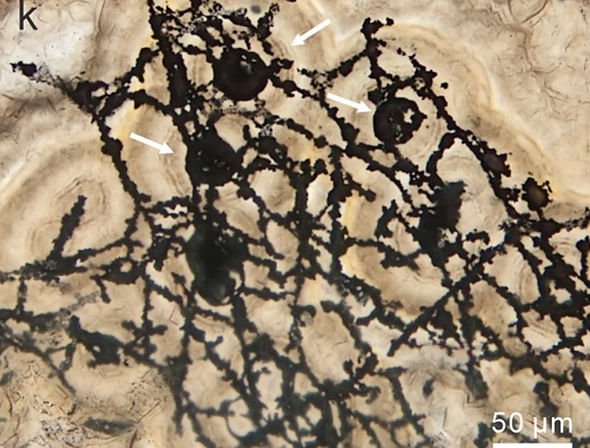 The new microfossil’s date seemingly supports the emerging idea some fungi-like organisms left the oceans for a life on land even before plants.

Some experts even suggest this swift adaptation might have been in some way responsible for catalysing Earth’s sudden recovery from such a tumultuous ice age.

Dr Tian Gan, Virginia Tech College of Science geobiologist, said: “If our interpretation is correct, it will be helpful for understanding the paleoclimate change and early life evolution.”

Fungi’s early evolution remains a major mystery in the field, largely because without bones or shells, these organisms do not fossilise easily. 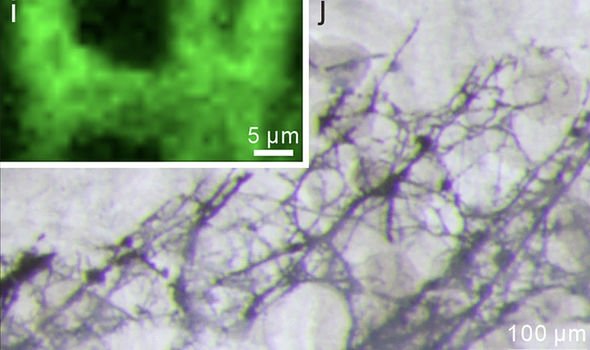 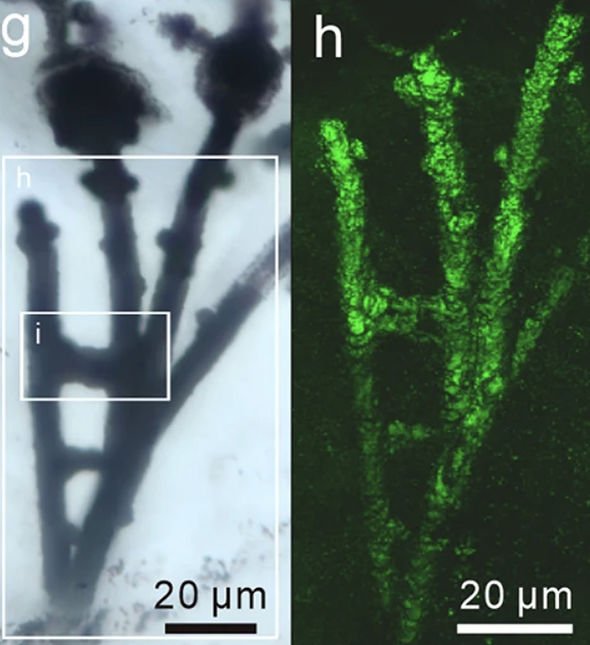 Scientists only recently could not even conceive of fungi surviving sufficiently long.

Modern-day fungi’s genome suggests their common ancestor lived more than a billion years ago, branching off from animals at that time.

However, there is unfortunately likely a 600 million year break before the first obvious fungi fossil arrives in our records.

But a steady succession of intriguing – yet controversial discoveries – is helping bridge this gap.

Scientists in 2019 reported the discovery of a fungi-like fossil in Canada, which had fossilised a billion years ago in an estuary.

A similar fossil resembling fungi was found the next year in the Democratic Republic of Congo, which is believed to have been fossilised in a lake up to 810 million years ago.

After carefully comparing the features of the latest discovery to other fossils and living life forms, the authors identify it is a eukaryote and “probable fungi”.

Dr Shuhai Xiao, another Virginia Tech geoscientist, said: “We would like to leave things open for other possibilities, as a part of our scientific inquiry. 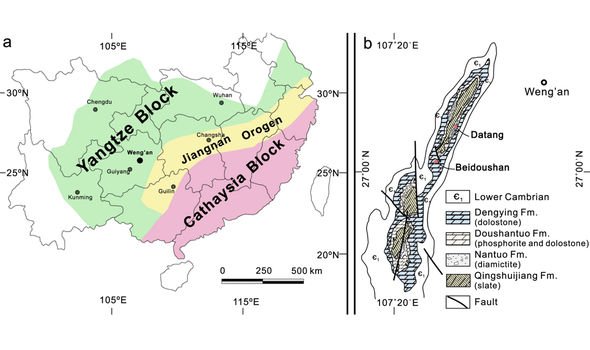 “The best way to put it is that perhaps we have not disapproved that they are fungi, but they are the best interpretation that we have at the moment.”

He added how the new discovery provides more evidence that fungi-like organisms may have predated plants on land.

Dr Xiao said: ”The question used to be: ‘Were there fungi in the terrestrial realm before the rise of terrestrial plants’. And I think our study suggests yes.”

The authors conclude in their paper published in Nature: “Thus the Doushantuo fungus-like micro-organisms, as cryptic as they were, may have played a role in catalysing atmospheric oxygenation and biospheric evolution in the aftermath of the terminal Cryogenian global glaciation.”