Google is offering free Home Mini devices to a select group of consumers.

Existing Google One subscribers in the United Kingdom can now claim the device using a specific coupon.

Users add Home Mini to their cart and a promotional code takes care of the cost – the offer ends October 3. 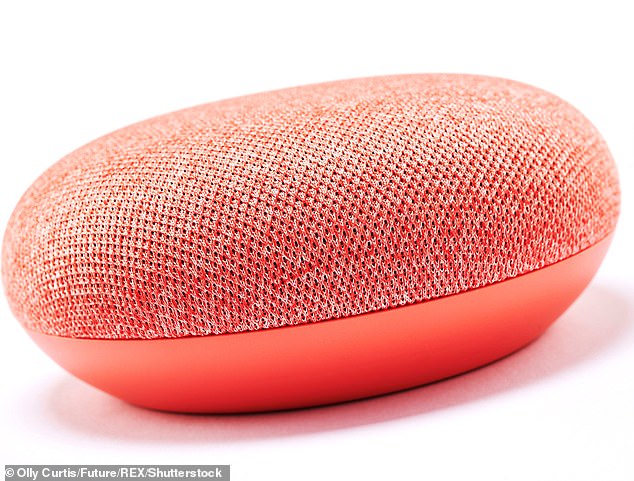 Existing Google One subscribers in the United Kingdom can now claim the device using a specific coupon. Users add Home Mini to their cart and a promotional code takes care of the cost – the offer ends October 3

Its digital ecosystem is designed to enable communication between rooms and family members – even if they are not at home.

Google Assistant is the firm’s AI-powered digital assistant that responds to voice or text commands.

The company first launched it in Google apps and Pixel phones in 2016, then later expanded to Android devices, smart appliances and the Google Home Hub, its first smart display.

It can tell users the weather, show them what’s on their calendar, answer questions on a variety of topics and turn on smart home devices, among other things.

The tech giant hopes to create a buzz around the small version, as it may have plans for a second model.

‘Promotional code offer is provided by Google for use on the Google Store GB only, and subject to the following terms,’ 9to5Google reported.

In June, the tech giant launched another offer to give away the device.

It vowed to disperse 100,000 of its smart home devices, at no charge, to those living with paralysis, according to a blog post.

The company announced it would be sending its Google Home Mini to people with physical disabilities in an effort to help improve their lives at home.

According to Garrison Redd, an ambassador for the Christopher & Dana Reeve Foundation, who has been unable to walk for the past 20 years, the devices can make a huge difference for someone who relies on a wheelchair to move.

‘When you’re paralyzed, your home goes from being a place of comfort and security to a reminder of what you’ve lost,’ wrote Redd in a blog post for Google.

‘Light switches and thermostats are usually too high up on the wall and, if my phone falls on the floor, I may not be able to call a friend or family member if I need help.

‘These may seem like simple annoyances but, to members of the paralysis community, they reinforce the lack of control and limitations we often face.’

According to Redd, the device has helped to overcome those difficulties.

‘The first thing I did was connect Mini to my Nest Thermostat (the one that’s a tad too high).

‘Hey Google, turn down the thermostat’ is especially useful these days in the summer heat,’ wrote Redd.

Perhaps even more importantly, Redd wrote that in the event of an emergency, the smart hub is there to help him easily make a phone call to a friend, loved one, or to the police.

‘On a serious note, I know that if I need help but cannot reach my phone, I can use my Mini to call my mom or cousin using only my voice,’ wrote Redd.

Smart home devices have gotten a bad rap recently for listening in and sometimes hearing private conversations, but for people with disabilities the technology has unlocked a world of accessibility options.

The feature allows users to do just about anything that can be done with a physical remote, including using the guide, scheduling recordings, and navigating other menus.

WHICH SMART SPEAKER SHOULD YOU BUY?

Already Samsung has revealed plans for a Bixby speaker to take on Apple’s HomePod, Amazon’s Echo and Google’s Home.

Apple’s speaker will have a higher price tag than the Amazon Echo range, which begins at $49 (£49) for the Echo Dot.

The speaker will provide a hub for appliances via Apple’s HomeKit system and establish a centre inside the home to lock people in to using other Apple services, according to the report.

A speaker might help customers stay loyal to other services such as Apple Music, Apple Watch, Apple TV and AirPods. 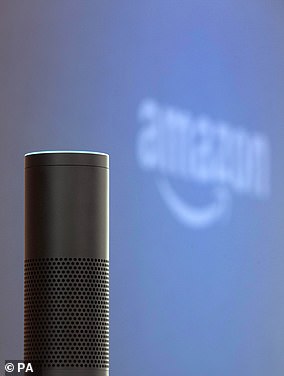 Both Home and Echo are continually listening for commands, though Google and Amazon say nothing gets passed back to them until the speakers hear a keyword — ‘OK, Google’ for Home and ‘Alexa’ for Echo.

Google’s Assistant software is also able to answer follow-up questions on the same topic, in a near-conversation style, but Echo as yet cannot.

However, Amazon’s Alexa software has a wider range of skills on offer that enable it to link up with and control more third-party devices around the home.

A light comes on to remind you that it’s listening.

You can turn off the microphone temporarily, too.

For Google, the latest offering will further several initiatives announced earlier this year which are designed to make its Google assistant and other products more accessible.