‘Unreleased Google Pixel 3 XL’ goes on sale for $2,000 months ahead of its release which aims to compete with the new iPhone and the Samsung Galaxy S9

Google Pixel 3 XL has leaked online months ahead of its official launch date.

The flagship smartphone, which is set to rival the successor to the £999 ($999) Apple iPhone X, is widely-tipped to launch worldwide in October.

However, pre-production units of the upcoming handset have surface for sale on a Ukrainian black market website for £1,500 ($2,000, or ₴55,728 Ukrainian hryvnia).

The stolen handsets have been photographed from a number of angles, revealing details about the design and improvements planned by Google.

Specifications photographed from the Pixel 3 XL packaging has confirmed the handset will have a notch at the top of the all-screen design – similar to the iPhone X. 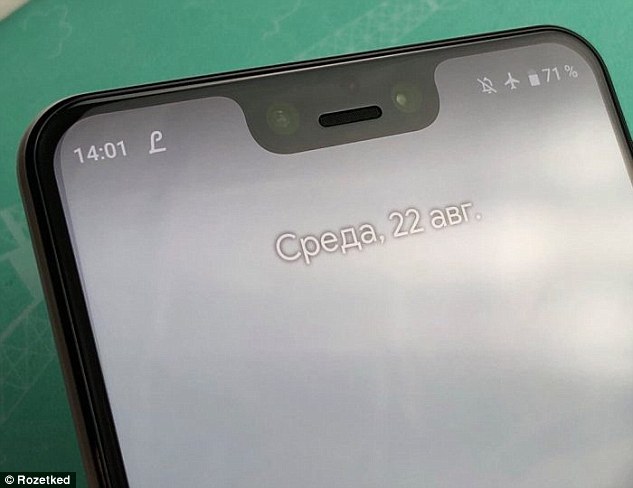 The Google Pixel 3 has been leaked online and it is believed to be on sale on the Ukrainian black market for around $2,000 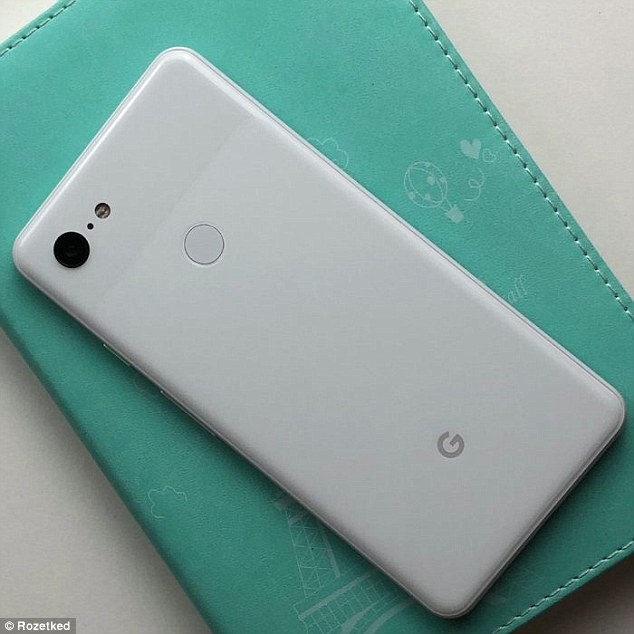 There are currently three pre-production Google Pixel 3 XLs on sale, according to a message from the seller shared on an encrypted Telegram with blog 9to5Google.

According to a source close with knowledge of Google’s response to the stolen unannounced handset, the legal and security teams inside the Mountain View-based company are discussing a plan of action to address the latest leaks.

According to screenshots of the handset on a black market website, the listing says:  ‘Remains only 3 pcs. Google Pixel 3 XL I answer immediately to the most popular questions. The price is 2000 $. Payment is possible via PayPal or Bitcoin.

‘The second is preferable because PayPal has a horse commission for international transfers. Dispatch is made from London via DHL or FedEx.’

It’s unknown point how the dealer obtained the units.

According to the seller, as many as 10 pre-production Google Pixel 3 XL handsets have already been sold, suggesting the total number of handsets was much higher than the three units currently for sale. 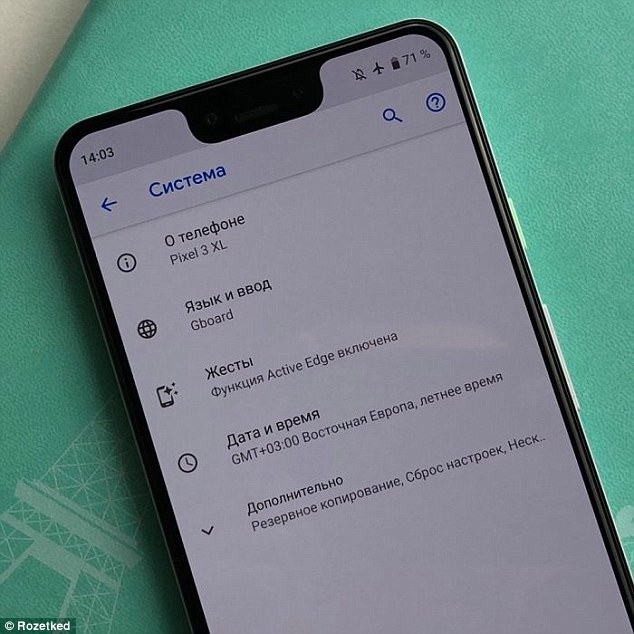 Details of the upcoming device, and the 3XL version, have been steadily leaked for several weeks and the latest revelations include details about the phone’s camera 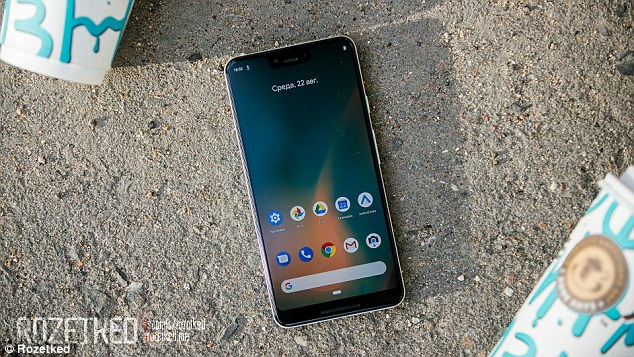 It has an iPhone X-esque notch and a supposed high-quality OLED screen that measures 6.2inches, with a screen resolution of 1,440×2,960 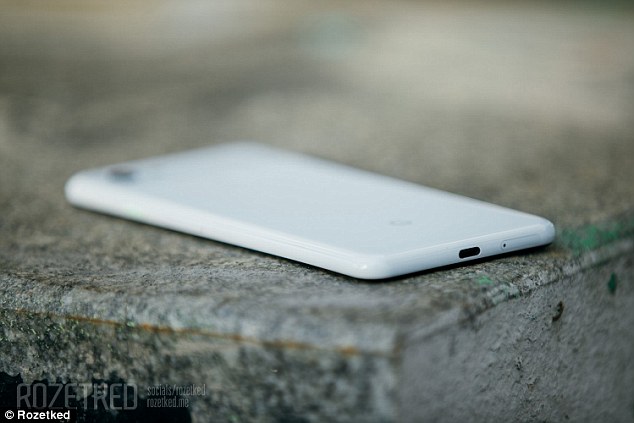 According to blogger Wylsacom, who apparently says he found the phone in a taxi, the phone has a two-tone back and comes equipped with a fingerprint sensor and one camera 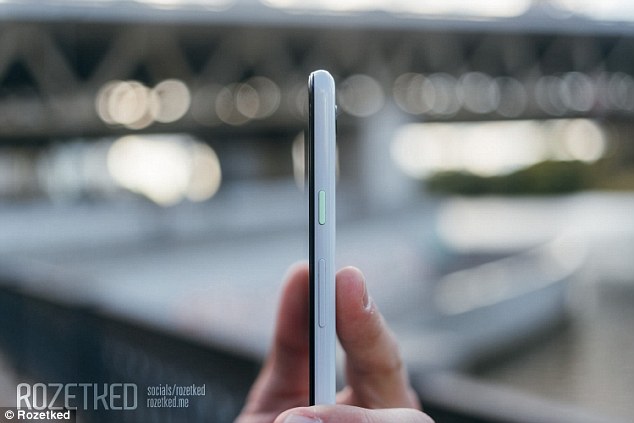 It’s unknown point how the dealer obtained the Pixel 3 and 3XL units and how they are sold. One screenshot does reveal as many 10 units for one buyer, which suggests the total number at one point is significant

The dealer claims the smartphones can not be remotely disabled by Google.

According to the details shared by the seller, the upcoming iPhone X rival with sport  dual, front-facing cameras with one wide-angle sensor to allow users to take ‘Super Selfies’ that automatically blur the background behind the subject.

Wide-angle selfies were first introduced with by rival LG with its G6 smartphone.

A Russian tech blog believed to be affiliated with the seller has published leaks of the Pixel 3 XL itself this week, as well as images shot using the handset’s cameras. 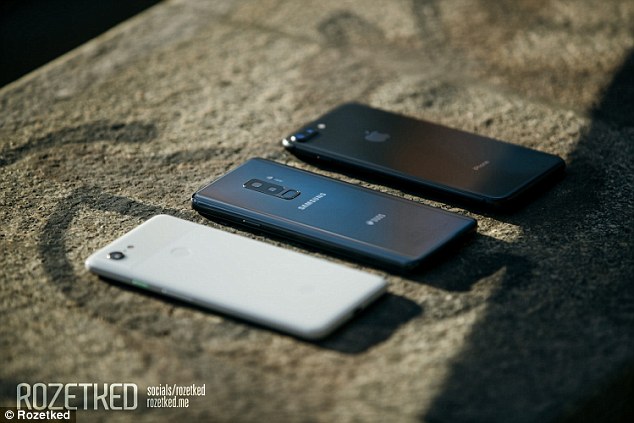 Rumours have claimed it is powered by a Snapdragon 845 processor, just like the OnePlus 6, and will come with 4GB of memory and 64GB of storage 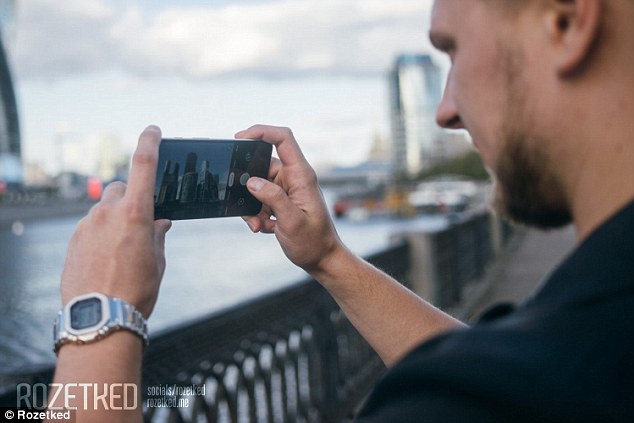 It is believed the devices’ will have a dual, front-facing cameras that will house one wide-angle sensor to allow users to take ‘Super Selfies.’ These cameras will also have an improved portrait mode.

According to the bloggers, Google’s new smartphone has a 12.2MP rear camera – the same as its predecessor, the Google Pixel 2 XL, which launched in October 2017.

It has an iPhone X-esque notch and a supposed OLED display that spans 6.2 inches, with a screen resolution of 1,440×2,960 pixels.

Previous rumours suggest the phone will be powered by a Snapdragon 845 processor, coupled with 4GB of RAM and 64GB of storage.

Google has not confirmed whether the Pixel 3 XL on-sale on the black market website is genuine, nor has it commented on the leaked specifications.

The company is expected to announce the Pixel 3 range on October 4 2018. 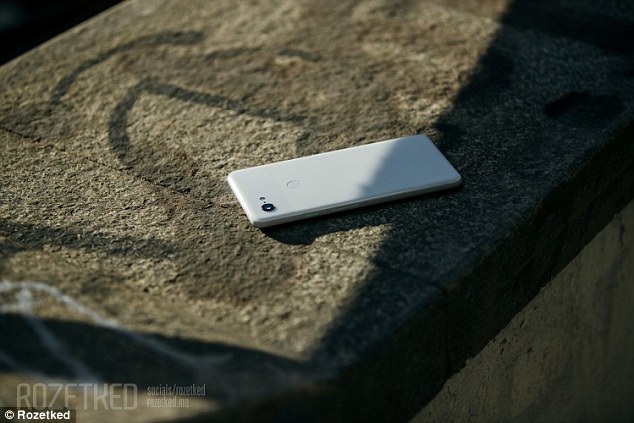 According to a source close to the matter, the Google legal and security teams are aware of the matter and are involved in internal discussions about the leaks