The future of high-speed internet? Google scientists send broadband across the Congo River via beams of LIGHT in breakthrough that could lead to faster networks in remote areas

Alphabet, Google’s parent company, has sent broadband across the Congo River in Africa via airborne beams of light, in its latest attempt to provide high speed internet to underserved communities.

Google said it has bridged ‘a particularly stubborn connectivity gap’ between the two cities, which are only about three miles (4.8 kilometers) apart.

However, connectivity is five times more expensive in Kinshasa because the fibre connection has to travel more than 250 miles to route around the Congo River, the world’s deepest and second fastest river.

Project Taara managed to serve a total of nearly 700TB of data – the equivalent of watching a FIFA World Cup match in HD 270,000 times – in 20 days with 99.9 per cent availability, it said.

People in Kinshasa experienced speeds of around 20 Gbps, which is a ‘a vastly better option’ than missing out on the benefits of connectivity, according to the researchers. 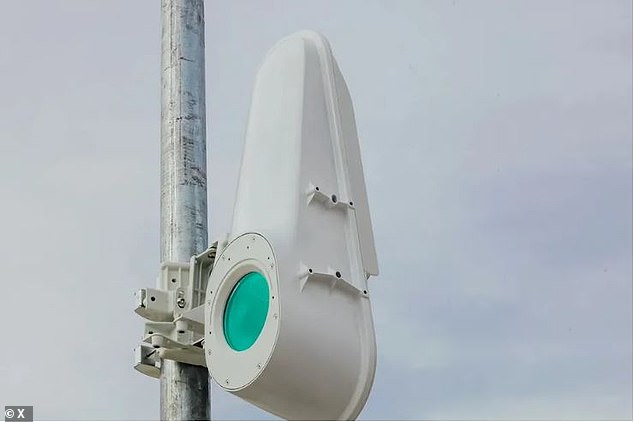 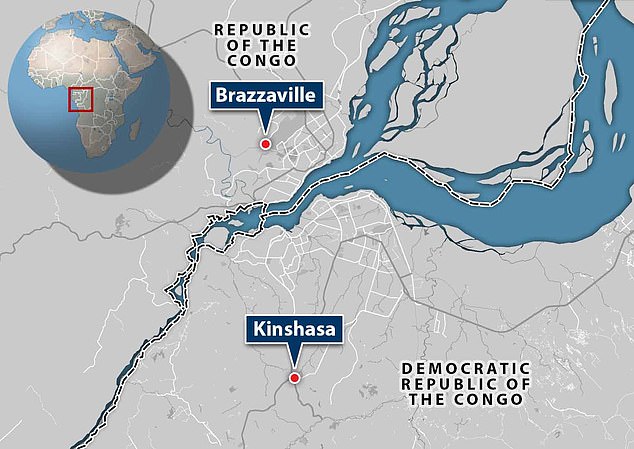 Brazzaville and Kinshasa are two cities in different countries in Africa, either side of the Congo River

Like fibre but without the cables, Taara uses light to transmit information at super high speeds through the air as a very narrow, invisible beam.

Taara’s terminals detect the beam of light coming from each other, and lock-in ‘like a handshake’.

Baris Erkmen, director of Engineering for Taara, outlined the project in a blog post.

Being able to deliver high-speed internet of up to 20 gigabits per second (Gbps) is ‘a vastly better option’ than millions of people missing out on the benefits of connectivity because the economics of laying cable in the ground ‘simply don’t stack up’, he pointed out.

‘While we don’t expect to see perfect reliability in all kinds of weather and conditions in the future, we’re confident Taara’s links will continue to deliver similar performance and will play a key role in bringing faster, more affordable connectivity to the 17 million people living in these cities.’

Project Taara works in a similar way to traditional fibre, which uses light to carry data through cables in the ground.

With fibre, the data that allows an internet connection to be established travels down the cables at the speed of light.

Fibre optic cables involve tiny tubes that are about as thick as a human hair and are reflective on the inside.

They transfer information by sending flashes of light through the tubes.

This bounces off the reflective walls and along the cable.

These flashes of data are then received and interpreted at the other end.

Taara’s terminals detect the beam of light coming from each other, and lock-in ‘like a handshake’, Erkmen said, to create a high-bandwidth connection.

In some parts of the world, low visibility caused by things like fog and haze would impair the process, but Brazzaville and Kinshasa have ideal weather conditions for most of the year.

During Project Taara pilots conducted in India, the X team have been faced with the issue of monkeys jostling Taara’s terminals.

Erkmen said X has since had to adapt Taara’s capabilities to prevent service interruptions during such ‘bumpy realities of operating technology out in the physical world’. 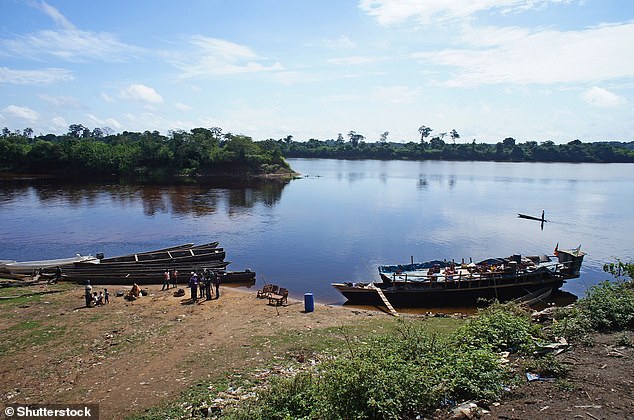 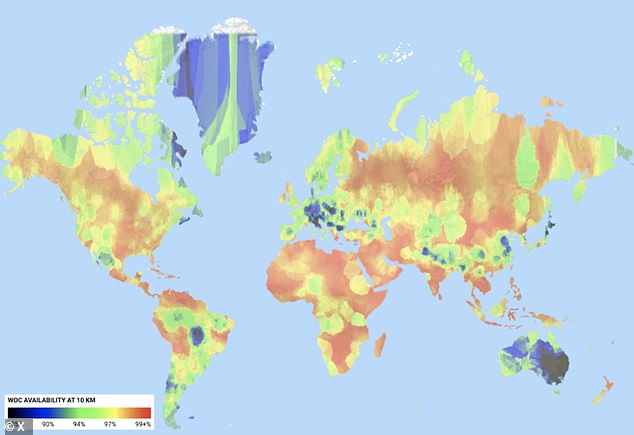 ‘We’re really excited about these advances, and are looking forward to building on them as we continue developing and refining Taara’s capabilities.’

Project Taara is a continuation of its internet balloon business Project Loon, which was shut down at the start of this year.

Project Loon used tennis court-sized balloons that carried solar-powered networking gear high above the Earth and beamed internet access down to the ground.

But the project had become no longer commercially viable, Alphabet’s CEO said.

In its history, Loon has made headlines for its balloons raining down on homes and residences, in places including the US and Sri Lanka, and even the Amazon rainforest.

Project Loon is a network of balloons travelling on the edge of space, designed to connect people to the internet in remote parts of the world.

The balloons travel approximately 12 miles (20km) above the Earth’s surface in the stratosphere.

Winds in the stratosphere are stratified, and each layer of wind varies in speed and direction, so Project Loon uses software algorithms to determine where its balloons need to go.

It then moves each one into a layer of wind blowing in the right direction. By moving with the wind, the balloons can be arranged to form one large communications network.

The inflatable part of the balloon is called a balloon envelope made from sheets of polyethylene plastic that are 49ft (15 metres) wide and 40ft (12 metres) tall when inflated.

The balloons harness power from card table-sized solar panels that dangle below them, and they can gather enough charge in four hours to power them for a day.

Each balloon can provide connectivity to a ground area of around 25 miles (40km) in diameter using LTE, also referred to as 4G, technology.

In 2013, Google launched 30 balloons into the stratosphere from New Zealand.

In May 2014, Google tested the Project Loon balloons in Piauí, Brazil, marking its first LTE experiments near the equator.

The company worked to cut down leaks by tested the balloons in giant freezers, simulating the conditions at high altitudes.

They also created an Autolauncher system, allowing four people to launch a balloon in just 15 minutes.

In 2017, Loon said its balloons helped more than 100,000 Puerto Ricans to connect to the internet.

The firm worked with AT&T and T-Mobile to successfully deliver basic internet to remote areas of Puerto Rico where cellphone towers were knocked out by Hurricane Maria.

In 2020, Loon deployed its system of balloons to beam high-speed Internet access with Telkom Kenya to cover rural and suburban populations.