The first US national park is home to Yellowstone volcano, a supervolcano that gets its nickname due to its capabilities to cause untold global devastation in the event of a future eruption. Located below the states of Wyoming, Montana and Idaho, the area is constantly monitored by the USGS (United States Geological Survey) for signs that such an eruption is on its way. But, geologists were left scrambling on the evening of August 17, 1959, during the Hebgen Lake earthquake which would inevitably create a new lake on the Madison River following a landslide.

The 7.3 magnitude quake took the lives of 28 people and caused massive damage totalling more than £9million (£200,000,000 today) in repairs to highways and timbers.

John D. Sanders was there that fateful evening with his wife and two children and recalled the horrifying scenes he witnessed while camping at Old Faithful Lodge.

He told Salt Lake City’s Deseret News at the time: “We were watching a beauty contest with about 500 people when the quake hit.

“We all ran outside and headed back to the motel. 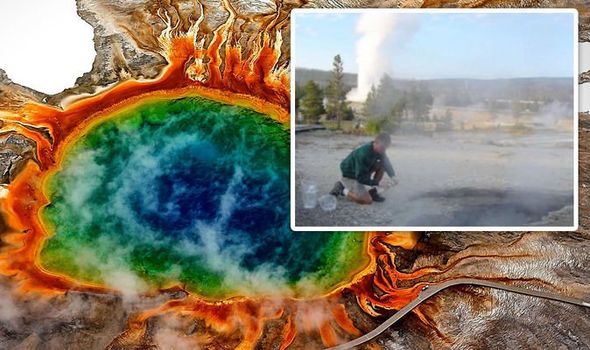 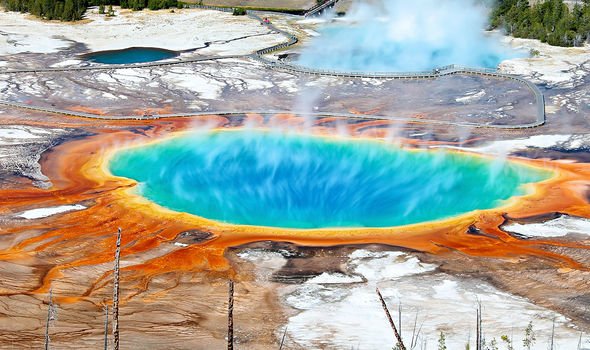 “When we got there we saw people jumping out of windows wearing towels and bathrobes.

“Water was spurting from broken pipes.”

Mr Sanders went on to detail his fears that something even more destructive could unfold.

He added: “We sat in the car all night and it kept shaking every now and then.

“It was the most terrifying experience we had ever had. 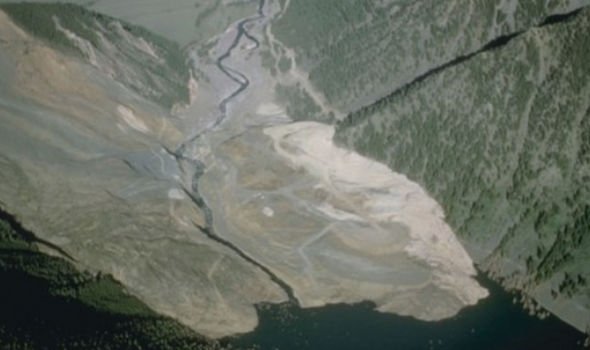 “We didn’t know what to do. Old Faithful was spouting very hard and we thought the whole ground around us might blow up any minute.

“I was never so glad to see anything as our front room when we got home. I could have kissed every square inch of the floor.”

Mr Sanders was not alone in his terrifying experience.

Mildred Greene was also in the park on that dreaded night and her family were among the ones camped closest to the landslide.

When the Madison River was displaced, a huge wall of muddy water and debris swept over their campsite.

Their tent was half-buried, but her husband Ray managed to grab the hand of their son Steve and rescue him just in time. 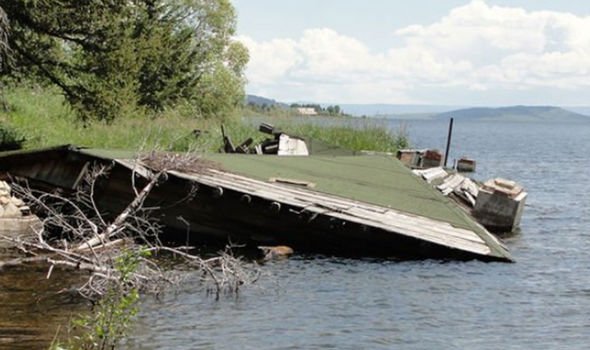 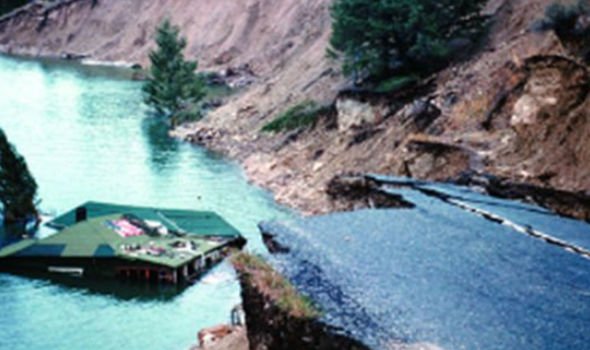 A trained nurse, Ms Greene said in 2009: “I was the luckiest person there.

“I was busy, I didn’t have to worry about what had happened or what was going to happen.”

After only three weeks the damned river created a lake more than 50 metres deep which now covers an area five miles long and a third of a mile wide.

Jack Epstein, a geologist emeritus with the USGS was working as a field assistant in Montana when the earthquake hit and he was immediately put on alert to investigate.

As fate would have it, his team’s campsite was essentially at the epicentre, on a hill overlooking Hebgen Lake.

His mapping project was temporarily put on hold, and Mr Epstein spent the next several weeks escorting various teams of geologists around the area.

In spite of the human toll, Earth processes were on display in an unprecedented way, and the team had to take advantage of it.

He said in 2008: “It was a marvellous opportunity for a beginning geologist.”

Today, tourists to the area can stop by the Earthquake Lake Visitor Centre, which is situated 27 miles north of West Yellowstone to relive the horrors from more than half a century ago.