Black women who don’t straighten their afro curls are ‘less likely to get jobs because employers perceive them to be less professional’, research suggests

Black women with ‘natural’ hairstyles, such as curly afros or braids, are perceived as less professional than those who straighten their hair, a new study claims.

Experts in the US say black women suffer from a lack of job opportunities due to their hair, particularly in industries that ‘dictate a more conservative appearance’ such as consulting.

Inherent and ’embedded’ racial bias in the upper echelons of companies means women with non-conforming hairstyles are denied job opportunities. 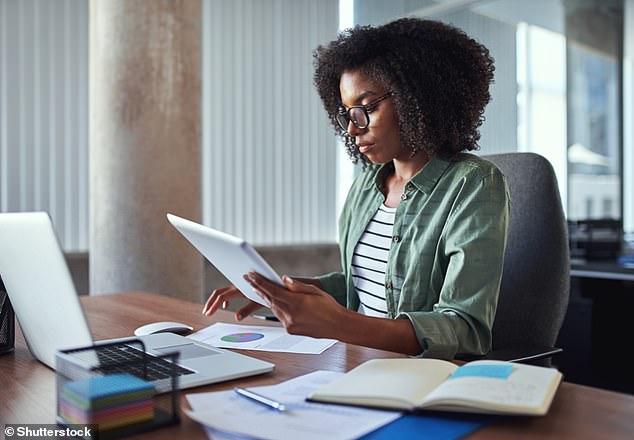 ‘For black women, it’s a serious consideration and may contribute to the lack of representation for blacks in some organisational settings,’ said Professor Ashleigh Shelby Rosette at the Fuqua School of Business at Duke University, North Carolina.

‘In many Western societies, whites have historically been the dominant social group and, as a result, the standard for professional appearance is often based on the physical appearance of whites.

‘For women’s hair, that benchmark is having straightened hair.’

To detect bias against black women with natural hair, researchers recruited participants of different races and asked them to assume the role of recruiters screening job candidates.

Participants were given profiles of black and white female job candidates and asked to rate them on professionalism and competence.

Black women with natural hairstyles received lower scores on professionalism and competence and were not recommended as frequently for interviews compared with three other types of candidates – black women with straightened hair and white women with curly or straight hair. 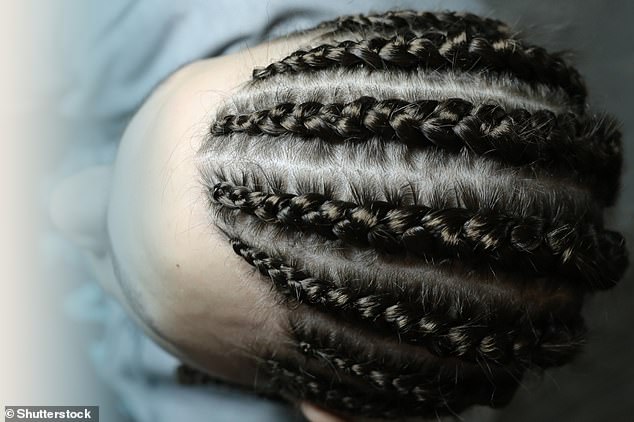 Teenager with cornrows, where the hair is braided very close to the scalp in rows. States in the US are working to end discrimination against people with such hairstyles

In one experiment, two groups of participants evaluated the same job candidate – a black woman.

One group saw a photo of the candidate with natural hair while the other group saw her with straight hair.

The group who saw a candidate with straight hair rated her as more professional – defined as ‘more polished, refined and respectable’ – and they more strongly recommended her for an interview.

The job candidates with natural hair were subject to discrimination when they were being evaluated for jobs in consulting, according to the researchers, which they deem an industry with conservative dress norms.

Applicants for jobs in more modern, creative industries were less likely to be negativity judged by their natural hair, however. 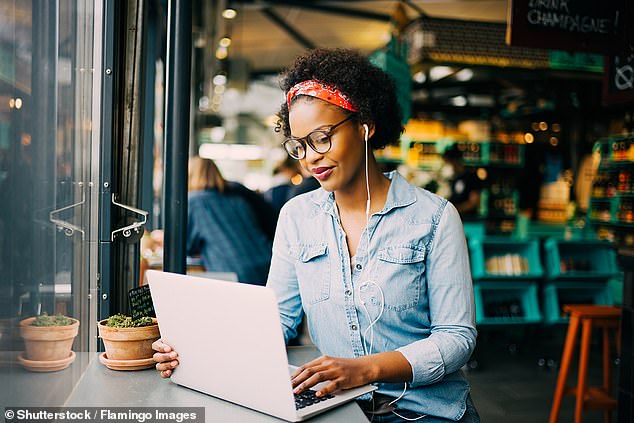 When participants considered profiles of women who wanted to work at an ad agency, the candidate’s hair texture didn’t affect perceptions of professionalism or whether they were recommended for interviews. This may be because advertising is viewed as a more creative industry than consulting with less rigid dress norms

When participants considered profiles of women who wanted to work at an ad agency, for example, the candidate’s hair texture didn’t affect perceptions of professionalism or whether they were recommended for interviews.

Advertising is viewed as a more creative industry than consulting with less rigid dress norms, the authors say.

Cornrows – hair is braided very close to the scalp in rows, each shaped like corn.

Twists – twisted strands of hair that are then themselves twisted around one another.

Bantu knots – Small, coiled buns secured against the side of the head.

‘When a black woman chooses to straighten her hair, it should be a personal preference, not a burden to conform to a set of criteria for which there could be adverse consequences,’ Professor Rosette said.

‘There fundamentally has to be a level of awareness that the natural hair bias exists.’

Generally, to reduce bias when considering job candidates, employers tend to strip away biographical information such as a person’s name and other clues about gender or race from their application forms.

‘This procedure is known as blinding and has been shown to reduce similar types of bias as what we found in our research,’ said Professor Rosette.

But when a candidate reaches the job interview and meets their potential employer face to face, it is up to the interviewer to expunge their inherent racial bias.

‘If you don’t know that it exists, you can’t know its influence on your decision-making processes,’ she said.

In recent months, cities and states have passed laws prohibiting discrimination against natural hairstyles for Black people at work and public school.

In California, the CROWN Act (Create a Respectful and Open Workplace for Natural Hair), signed into law by state governor Gavin Newsom in July, officially went into effect in the state on January 1 this year.

CROWN Act, announced in December 2019, prohibits discrimination based on natural and protective hairstyles associated with people of African descent.

Black women are 1.5 times more likely to be sent home from the workplace because of their hair, according to the CROWN Act’s official campaign website. 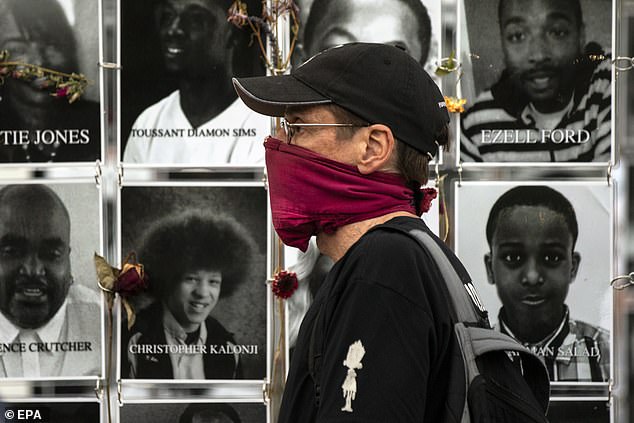 It was only three years ago that the US Army eased restrictions on natural hairstyles for black soldiers.

Professor Rosette said that there is still work to be done to change the embedded biases that exist in society, even in the wake of changes since the murder of George Floyd in police custody in May.

‘In the aftermath of the George Floyd murder and the corresponding protests, many organisations have rightly focused on tactics to help eradicate racism at systemic and structural levels.

‘But our individually held biases often precede the type of racist practices that become embedded and normalised within organisations.’

The findings will be published in the journal Social Psychological and Personality Science on August 19.