Mount Kilauea’s terrifying eruption in the summer of 2019 kept Hawaii on the edge of its seat as magma and toxic gases tore through Hawaii Island. Eruptive activity ceased in August that year and by the time September started, the Hawaii volcano seemingly fell into a deep slumber. The eruption’s end marked a period of peace and quiet not seen in at least 35 years, when Kilauea began to rumble in January 1983. The devastating eruption took a heavy toll on the residents of Hawaii’s Big Island with damage estimates rising beyond £619.4million ($800million) in September.

But there is still activity at the Hawaii volcano and on Sunday morning UK time geologists recorded powerful magnitude 4.2 quakes at Kilauea.

The US Geological Survey (USGS) recorded the earthquake at a distance of 12 miles southeast of Kilauea and at a depth of more than three miles.

The earthquake struck Hawaii just three days after the Seismological Society of America (SSA) warned past indicators point towards future activity at Kilauea.

Jacqueline Caplan-Auerbach, a volcanologist from Western Washington University, revealed at the 2019 SSA Annual Meeting similarities between Kilauea and Loihi. 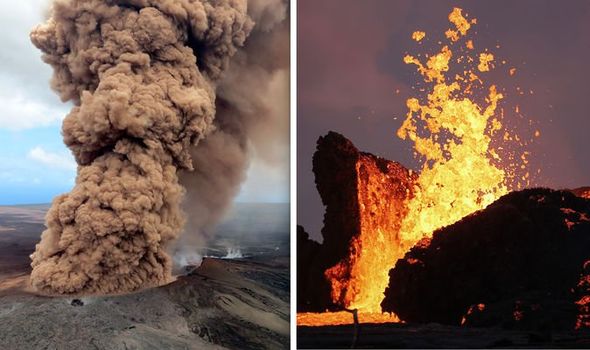 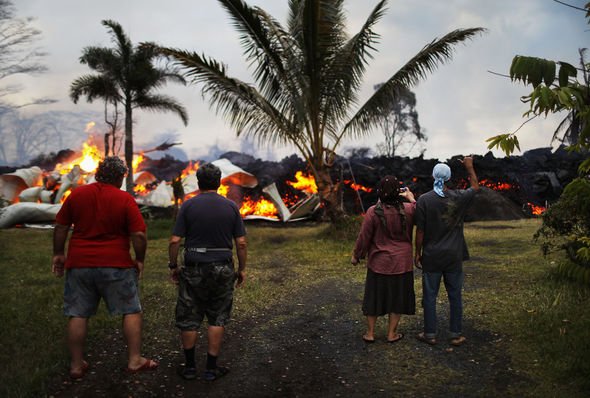 Loihi volcano is a submerged but active volcano about 22 miles southeast of Hawaii’s main island.

I think we will know when it restores its magma systems

The volcano spectacularly erupted in 1996 when a swarm of earthquakes struck the submarine volcano – the largest swarm of Hawaii volcano tremors to date.

The period of Loihi activity, which started in February 1966, last at least until early August that same year.

And when Kilauea suddenly stopped erupting in August last year, Dr Caplan-Auerbach said she found parallels between the two volcanoes.

She said: “It was very apparent to me that there were some very striking similarities between this eruption and what we saw at Loihi in 1996.”

In both eruptions, activity began with an intense period of seismicity in the volcanoes’ so-called rift zone.

Dr Caplan-Auerbach said this was then followed by “a long sequence of very large earthquakes for a volcano of that size.”

And in both cases, the earthquake swarms led to the volcanoes’ collapsing in on themselves. 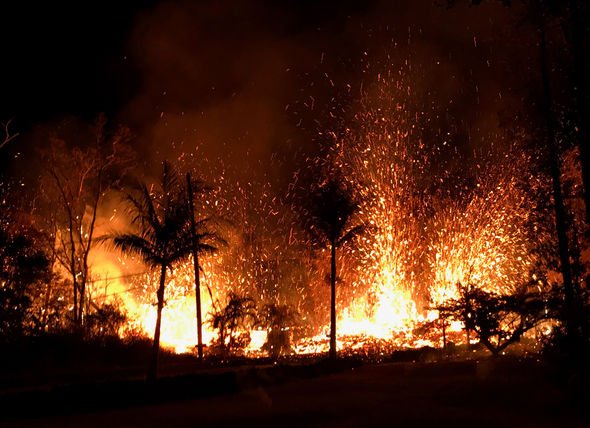 After Loihi erupted, the volcano remained silent for an extended period of time with no significant activity until earthquake swarms struck between 2005 and 2007.

More earthquake swarms were recorded again in 2015, suggesting to Dr Caplan-Auerbach the volcano was gradually replenishing its magma reservoirs.

And if these indicators are anything to go by, Mount Kilauea could follow a similar pattern and replenish its spent magma reservoirs over the next 10 year or so.

The volcanologist said: “I think the good news is that volcanoes tend to talk to us before they do anything truly dramatic.

“So I think we will know when it restores its magma systems.”