Home » Science » Healthcare startups like Flatiron Health, One Medical, and Oscar Health all use an eerily similar font. We investigated why.

Staring absentmindedly at the ads at the subway station and on my walk to work, a sense of familiarity crept up on me.

“I’ve seen this font before,” I thought as I looked at the new ad campaign for One Medical, a startup medical group that aims to make going to the doctor easier.

The font reminded me of what I’d seen on health insurance startup Oscar Health’s marketing, as well as Flatiron Health’s. I thought I’d seen it on some of the marketing around Facebook’s Portal device too.

So I decided to go to the experts to see what I could uncover about the choice in typeface, and what it tells us about these startups. 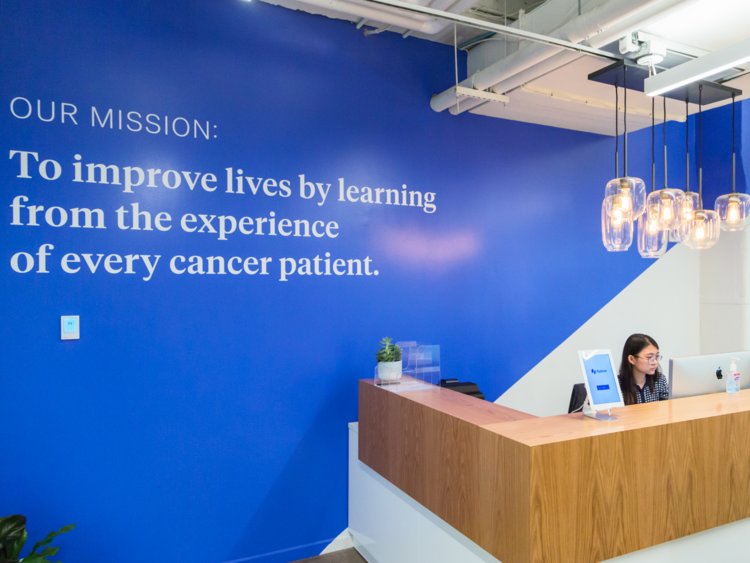 How Flatiron arrived at a font called Tiempos

Early on, I learned I was working with two typefaces: Oscar and Flatiron use Tiempos, while One Medical uses GT Super — two fonts that also appear in the ads forFacebook’s Portal device (Tiempos) and wine subscription service Vinebox (GT Super). The two are both serif fonts, meaning the letters have small strokes going off from them. 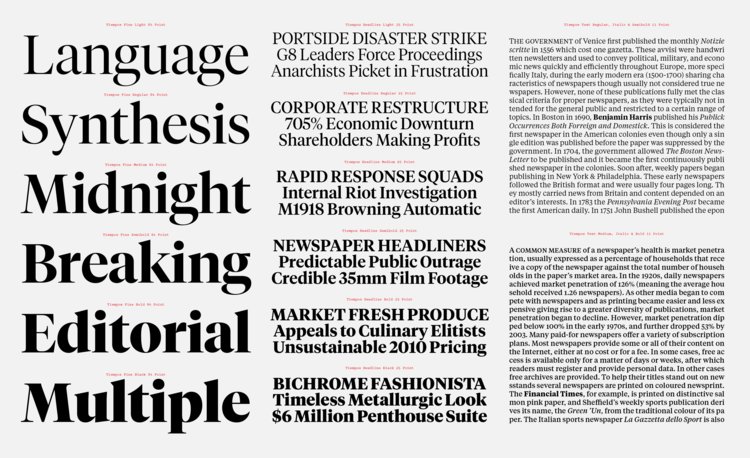 Kris Sowersby, a designer at New Zealand-based Klim, a company that comes up with new fonts, created Tiempos in 2010. The font was initially drawn for use in a Spanish newspaper, so at some level, the font was designed for functionality: to be printed onto newsprint so that it wouldn’t be hard to read in the porous paper, Sowersby said.

“It’s warm and human, without being overly cute or friendly,” Sowersby told Business Insider via email. “Compared to the sharp, shrill feel of Times Roman, Tiempos Text may well have the prefect atmosphere the companies want to subtly project.” 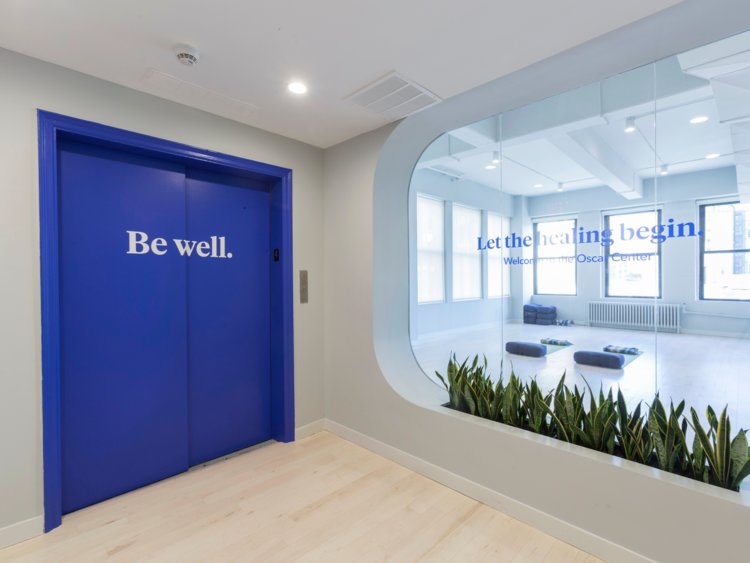 Jaime Lopez, head of brand at Flatiron Health, told Business Insider that Flatiron decided to use the font as part of its rebranding in 2017, alongside a san serif font — fonts that don’t have those extra strokes — called Post Grotesk.

Flatiron Health is a New York-based healthcare-technology company that collects clinical data from cancer patients, such as what medications they’ve taken and how they responded. In 2018, pharma giant Roche acquiredFlatiron in a $1.9 billion deal.

Going into the redesign, Flatiron’s logo had been a simple one created by cofounder and CEO Nat Turner. Lopez and the team added in the diamonds that are a part of the logo now. Lopez said the decision to rebrand came out of both functionality (the team needed resources like color schemes and logos to use for their marketing) and credibility to cement itself in the health-tech space.

It has a quality that’s modern, but it doesn’t go too far. For instance, a company like Nike might have more room to play around in and experiment with moredimensional type that stands out on the page almost as if it’s in three-dimensions.

Read more:A CEO who sold his company for $1.9 billion in 2018 shares his advice for other founders who want to stay on after an acquisition 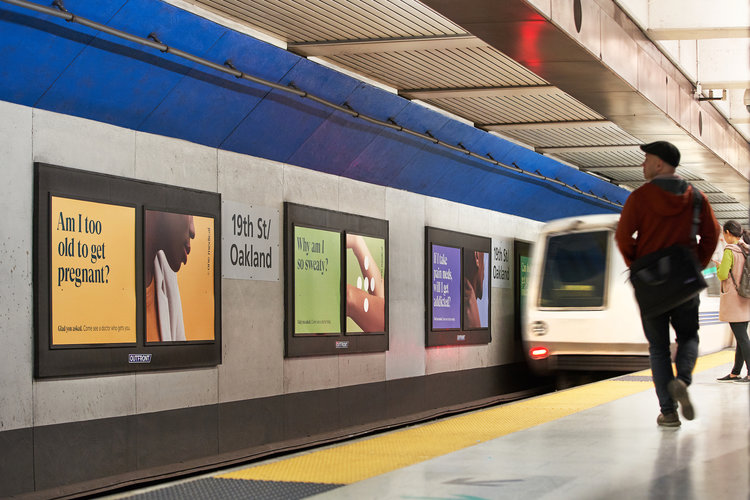 One Medical ads seen in the Bay Area.Courtesy One Medical

A rebrand for One Medical

After 12 years, One Medical decided last year that it was time for a rebrand.

The companyhad just raised $350 million in funding, and it’s expecting to double the number of medical clinics it operates over the next two years. It needed something that could last a while on the side of a building.

Read more: One Medical is teaming up with a $23 billion health system as it works to reinvent how you visit your doctor

One Medical’s chief marketing officer, Doug Sweeny, saw it as a good time to evolve. So the startup changed its color palate slightly, deepening the green to closer to a British racing green and muting thebright orange to be a little warmer. Some elements, like the dots that make up One Medical’s logo in the shape of a cross, stayed the same, though the colors moved away from green and orange to one solid color.

That meant changes to the fonts too, which used to be Sophia Pro and Adobe Caslon Pro. The team ultimately settled on GT Super, with a customized font for its new logo.

“The idea of human centered healthcare and design and the member experience was always core to the original offering,” Sweeny said.

GT Super was released in 2018, drawing from typefaces that were used in the 1970s and 1980s. Like Tiempos, it also drew from a newsprint world (this may have been why my reporter-eyes were drawn to it).

“For brands like ourselves, we chose that font because it has more human elements to it,” Chris Peel, creative director at One Medical, told Business Insider.

Much of the online world uses sans serif fonts like Helvetica that can start to feel robotic. Peel said that he wanted it to feel more like you were being addressed by a human rather than by a computer when looking at the One Medical design.

The decision to use the font came from the desire to convey something other than “healthcare” or “tech.”

“We can’t go out and market this in the same way that the category has,” Sweeny said.