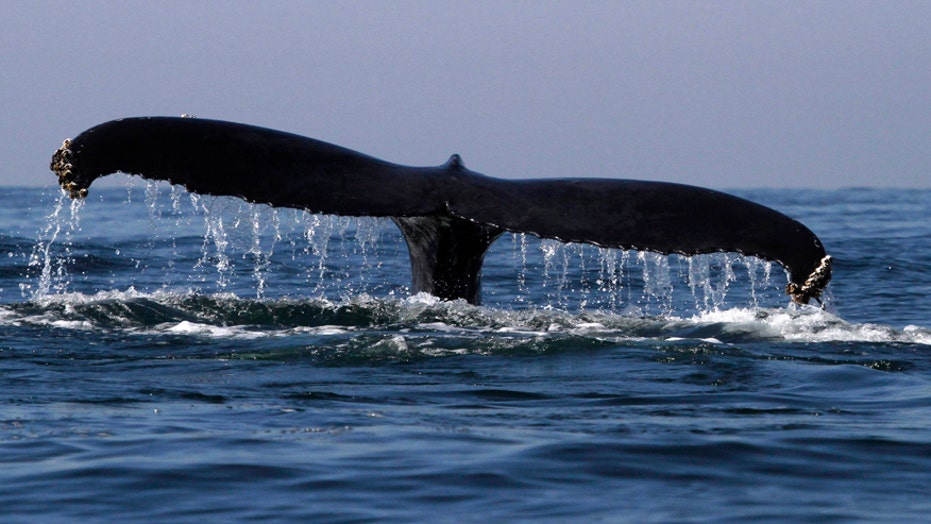 A humpback whale has been spotted in the Hudson River near Midtown Manhattan.

Twitter user @AndresJavierNYC tweeted images and video of the whale, which he said was spotted around 4:15 p.m. ET on Monday. The whale was sighted off Pier 84, which is near the Intrepid Sea, Air & Space Museum.

Non-profit research organization Gotham Whale urged boat captains to slow down in the area where the whale was sighted on Monday and Tuesday.

YOUNG WHALES LOOKING TO DINE FLOCK TO WATERS OFF NYC

“Mariners around NYC please SLOW DOWN and be on the look out for the #HumpbackWhale sighted in the #HudsonRiver on 12/07 and 12/08,” it tweeted.

Gotham Whale also thanked everyone who reported the whale sighting. 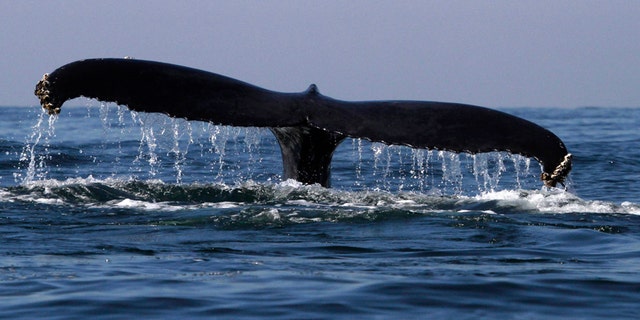 File photo – a humpback whale is seen near the coast of Mazatlan January 17, 2012.
(REUTERS/Stringer)

Whale watch captains and scientists around America's most populous city say recent years have seen a tremendous surge in the number of whales observed in the waters around the Big Apple.

Many of the whales are juvenile humpbacks, and scientists say they're drawn to New York by an abundance of the small fish they love to eat.