It’s not just humans who have suffered this summer! Victor the 1,366lb polar bear has undergone 50 allergy tests for suspected HAYFEVER

It is not just hay fever sufferers who have struggled with pollen this summer – two of the polar bears at Yorkshire Wildlife Park have been struggling too.

A team of three vets, a nurse, three dermatologists and five more park staff were on hand when 1,366 pound (620kg) Victor needed to be given an allergy test.

Such was the bear’s bulk, the veterinary team asked the accompanying photographer to help manoeuvre Victor into a comfortable position after he had been anaesthetised. 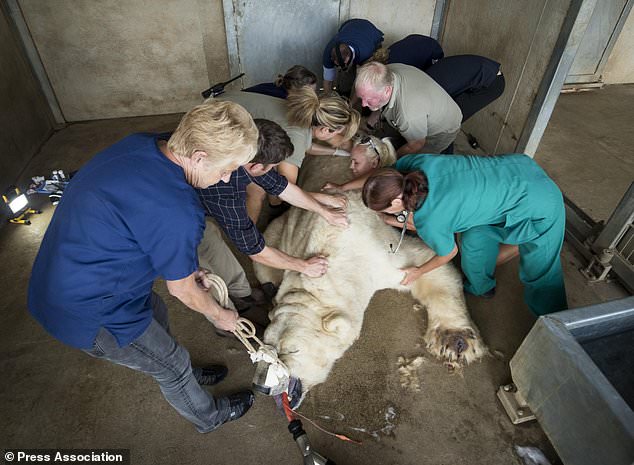 A team of vets, dematologists and other staff were on hand to help give Victor his allergy test 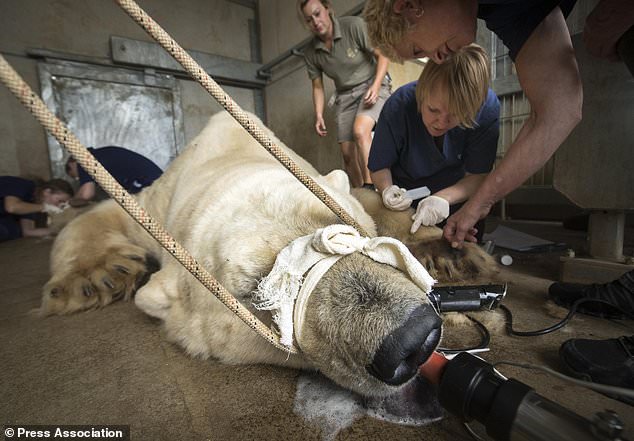 The major operation was put in place after Victor and his smaller friend, Nobby, began suffering from abscesses on their feet.

Staff suspected it was caused by an allergic reaction to pollen.

Dermatologists from Liverpool University were brought in to carry out tests on Victor’s skin to verify the theory.

The results are expected back in the coming days.

Animal manager Debbie Porter said: ‘It has been a bonkers day.

‘Victor was shaved and there are about 50 test sites on his side.

‘Fingers crossed we can find out which allergies he has and we can set about making life more comfortable for him.’ 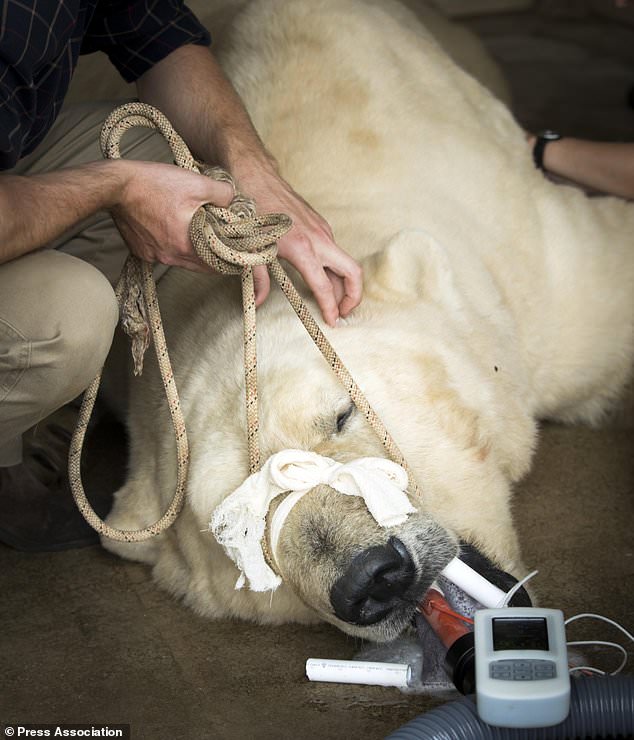 Keepers said Victor seemed none the worse for his experience, which required the photographer to dithc the camera briefly and help out moving the polar bear 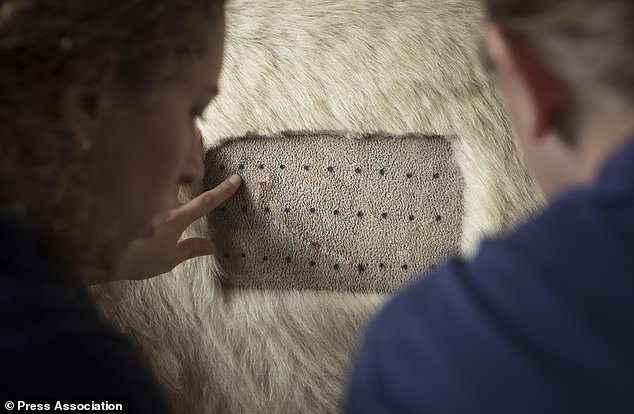 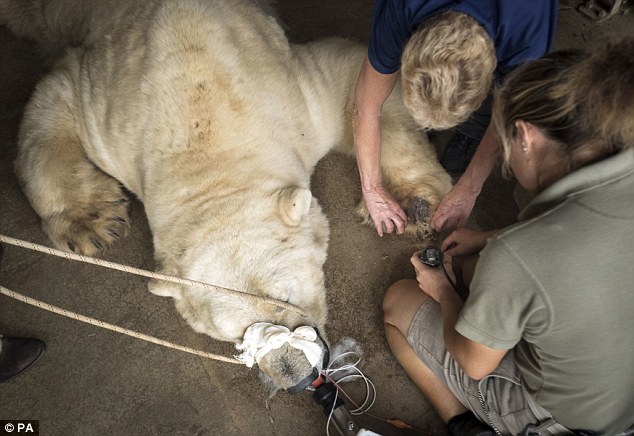 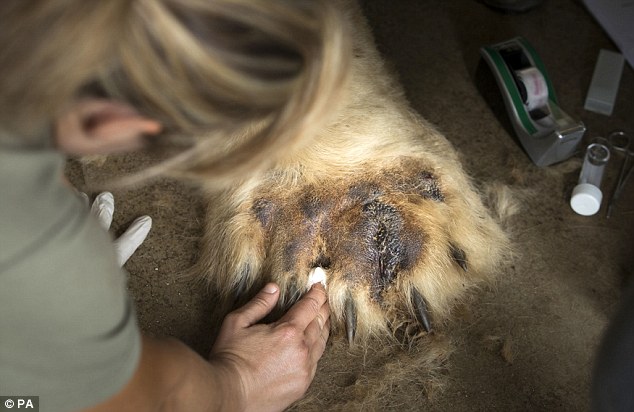 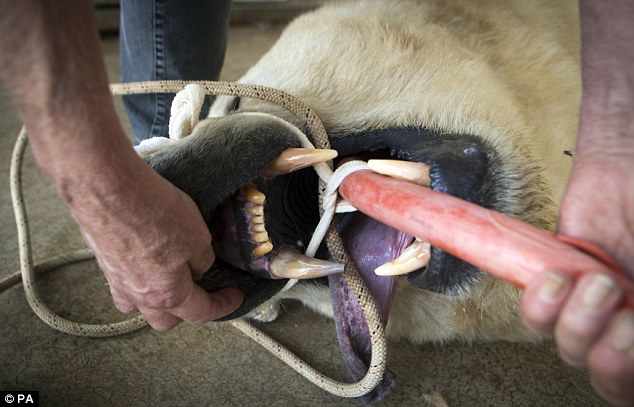 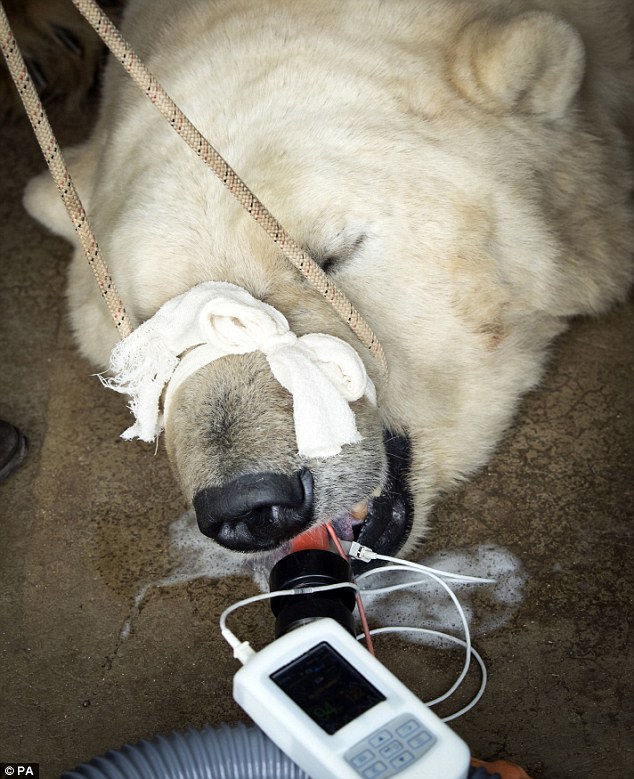 The bears had recently been moved from concrete enclosures elsewhere to the more natural setting at the Doncaster-based attraction.

Ms Porter said it was often the case that bears which had previously been in sterile, frequently disinfected enclosures developed pollen allergies when they were moved to more natural quarters.

Antibiotics have previously helped – while antihistamines have not – but Ms Porter said finding the right serum for Victor and fellow sufferer Nobby was the best idea long term.

The team say the bears reacted well to the minor procedure.

WHY DO POLAR BEARS NEED ICE TO SURVIVE?

Loss of ice due to climate change has a direct impact on the ability of polar bears to feed and survive.

The bears need platforms of ice to reach their prey of ringed and bearded seals. Some sea ice lies over more productive hunting areas than others.

Like other predators at the top of the food chain, polar bears have a low reproductive rate. One or two cubs are born in midwinter and stay with their mother for two years.

Consequently, females breed only every three years. The bears don’t reproduce until they are five or six years old.

From late fall until spring, mothers with new cubs den in snowdrifts on land or on pack ice. They emerge from their dens, with the new cubs, in the spring to hunt seals from floating sea ice.

Simply put, if there isn’t enough sea ice, seals can’t haul out on the ice, and polar bears can’t continue to hunt.

End of summer measurements of sea ice in the Arctic in September revealed that the region has hit the eighth lowest extent in modern record keeping.

While the Arctic hits its summertime minimum around this time every year, the experts say the extent has been decreasing rapidly as a result of climate change, seeing dramatic declines since the late 1970s. 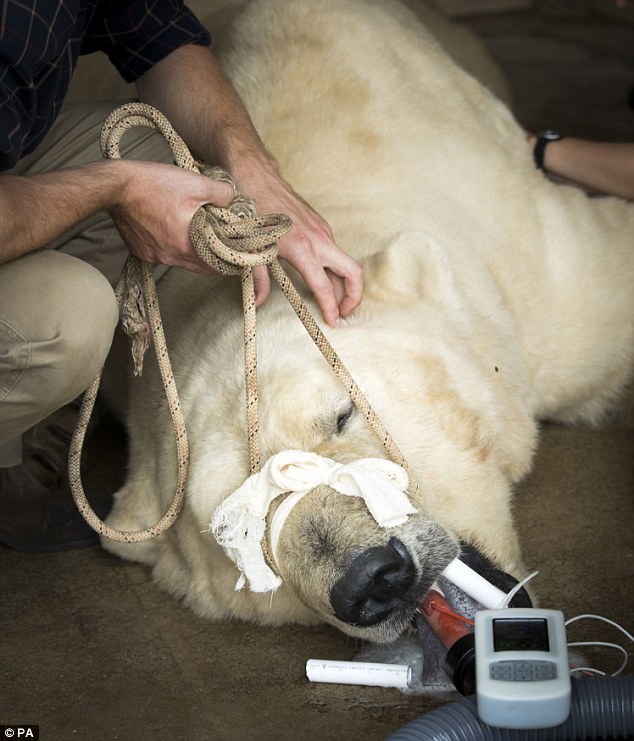 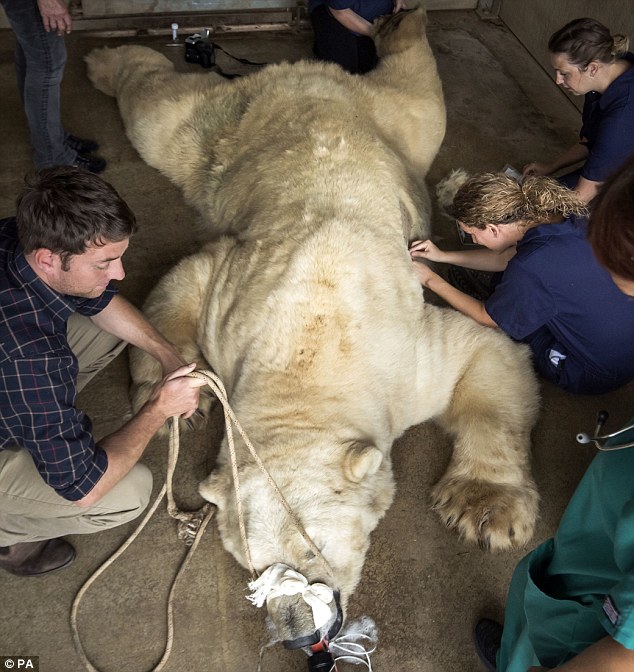 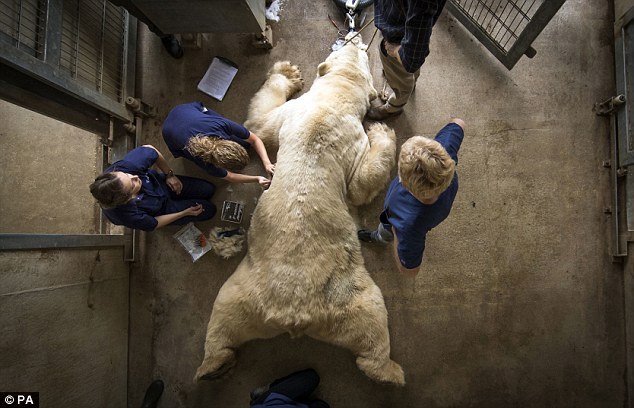