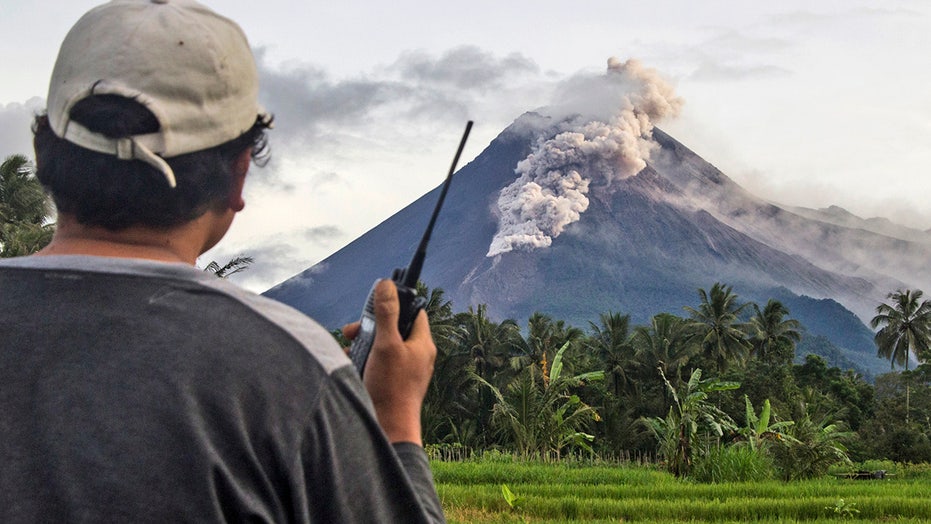 Indonesia’s most active volcano erupted Wednesday with a river of lava and searing gas clouds flowing 1,600 meters (5,250 feet) down its slopes.

After morning rain, ashfall turned into muck in several villages, where the sound of eruption could be heard 30 kilometers (18 miles away). Police and rescue services told miners to cease work along rivers but no one was evacuated. 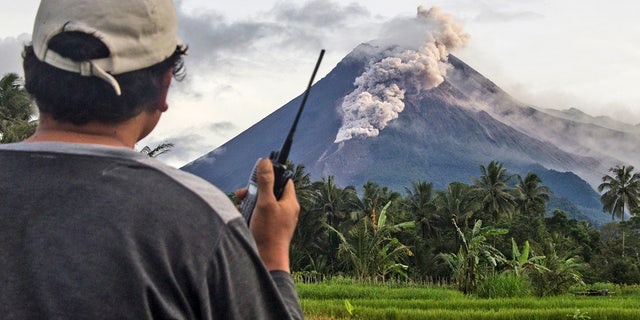 A volunteer uses his walkie-talkie as he monitors Mount Merapi during an eruption in Sleman, Wednesday, Jan. 27, 2021. Indonesia’s most active volcano erupted Wednesday with a river of lava and searing gas clouds flowing 1,500 meters (4,900 feet) down its slopes. (AP Photo/Slamet Riyadi)

Authorities in November had evacuated nearly 2,000 people living on the mountain in Magelang and Sleman districts on Java Island but most have since returned.

The alert was being maintained at the second-highest level and authorities told people to stay out of the existing 5-kilometer (3-mile) danger zone around the crater as the local administrations in Central Java and Yogyakarta provinces closely monitor the situation.

The 2,968-meter (9,737-foot) volcano is on the densely populated island of Java and near the ancient city of Yogyakarta. It is the most active of dozens of Indonesian volcanoes and has repeatedly erupted with lava and gas clouds recently.

Indonesia, an archipelago of 270 million people, is prone to earthquakes and volcanic activity because it sits along the Pacific “Ring of Fire,” a horseshoe-shaped series of seismic fault lines around the ocean.