How much is YOUR old iPod worth? Apple’s retro gadgets are selling for THOUSANDS on eBay as the tech giant announces it’s discontinuing the devices after 20 years

This week Apple announced that it is discontinuing the iPod – one of its most successful products that revolutionised the way we listen to music.

Apple launched its first iPod Classic back in 2001 with a $399 price tag, which shocked fans who had become accustomed to using significantly cheaper portable CD players and Walkmans.

Fast-forward almost 21 years to today, and your old iPods could now be worth an eye-watering amount of money.

Amid the news of its discontinuation, listings for iPods on eBay have surged, with many sellers asking for huge sums of money for their retro devices.

Speaking to MailOnline, James Andrews, senior personal finance editor at money.co.uk, said: ‘With iPods discontinued, you might be asking whether it’s time to cash in on some of your old tech.

‘But that doesn’t mean you couldn’t pick up a reasonable amount. Do a search and check recent sold prices for models like your own to see what you’re likely to get.

‘In general, the best prices go to iPod Classic models, in great condition and with all the leads needed included. If you’re lucky enough to have an unopened U2 Special Edition iPod from 2004 in the back of a cupboard, it could make you thousands.’

From the original iPod Classic to the brightly-coloured iPod Mini, here’s how much your old Apple gadgets could be worth.

Amid the news of its discontinuation, listings for iPods on eBay have surged, with many sellers asking for huge sums of money for their retro devices

The first iPod Classic was launched in October 2001 and was priced at $399, with six further generations going on sale until 2008.

If you have a first-generation iPod Classic at the back of one of your drawers, you could be in for a treat.

Newer generations are also popular on eBay, with a seventh generation iPod Classic selling in April for $1,388, and another in February for $1,045.

One ambitious seller listed their first-generation iPod Classic on eBay in 2019 for $19,995 (£15,367), although it remains unclear how much the item actually fetched.

iPod Mini, which launched in 2004, was slightly smaller than the iPod Classic and came in a range of bright colours.

At $249, it was slightly more affordable than its predecessor, making it a popular choice among Apple fans.

Unfortunately, the iPod Mini isn’t worth a huge amount just yet, if the sold items on eBay are anything to go by.

On May 3, an iPod Mini second generation was sold on eBay for $324.99, while a first-generation device only sold for $290 in March.

Apple released its first screenless iPod in 2005, in the form of the iPod Shuffle, which started at just $99.

Like the iPod Mini, it appears the iPod Shuffle hasn’t hugely increased in value.

A first-generation iPod Shuffle only fetched $129.99 when it sold on eBay in February, while a second-generation device sold for a modest $199.99 in March. 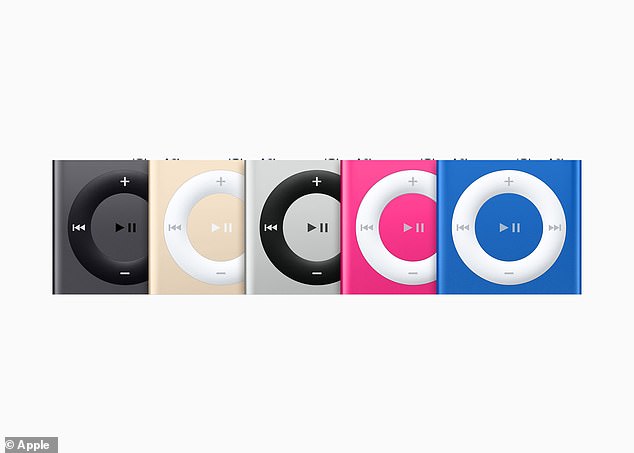 Apple released its first screenless iPod in 2005, in the form of the iPod Shuffle, which started at just $99

The iPod Nano also launched in 2005, priced at $149, and was considered a huge modernisation over the Shuffle, thanks to its colour screen for album art.

This device has more than doubled in value, according to recent eBay auctions. 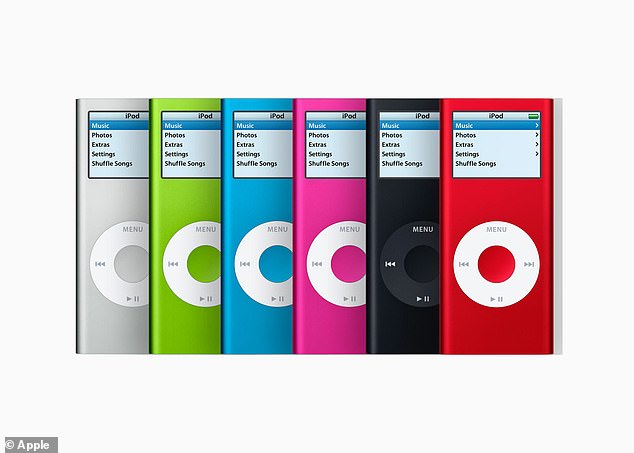 The iPod Nano also launched in 2005, priced at $149, and was considered a huge modernisation over the Shuffle, thanks to its colour screen for album art

While many of us take touchscreen devices for granted now, the iPod Touch was revolutionary when it launched back in 2007.

The $299 device could surf the web when connected to Wi-Fi, and had 8GB of storage for songs, photos and apps.

If you have an iPod Touch at home, you’ll be delighted to hear that it appears to have skyrocketed in value. 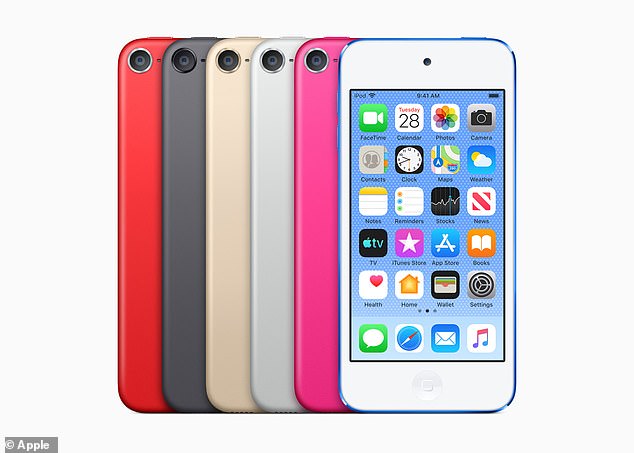 If you have an iPod Touch at home, you’ll be delighted to hear that it’s skyrocketed in value

Why is Apple discontinuing the iPod?

A spokesperson for Apple said the iPod redefined how music is discovered and listened to, and that its spirit ‘lives on’ in other devices.

‘Music has always been part of our core at Apple,’ said Greg Joswiak, Apple’s senior vice president of worldwide marketing.

‘Bringing it to hundreds of millions of users in the way iPod did impacted more than just the music industry – it also redefined how music is discovered, listened to and shared.

‘Today, the spirit of iPod lives on. We’ve integrated an incredible music experience across all of our products, from the iPhone to the Apple Watch to HomePod mini, and across Mac, iPad and Apple TV.