Home » Science » London's roads are the most congested in the WORLD

Bad news for London commuters! UK capital’s roads are the most congested in the WORLD – with the A219 southbound from Fulham Road named the worst stretch

London’s roads suffer more congestion than anywhere else in the world, with its drivers stationary for an average of 156 hours in 2022.

The A219 southbound from Fulham Road was named in a new report as the worst road in London.

The statistics put London’s car problems ahead of 1,000 other cities worldwide for the second year in a row – and come despite motorists being charged a £15/day congestion charge in central London and £12.50 for driving in the Ultra Low Emissions Zone (ULEZ) in older vehicles.

The ULEZ will expand in August this year to cover all London boroughs. 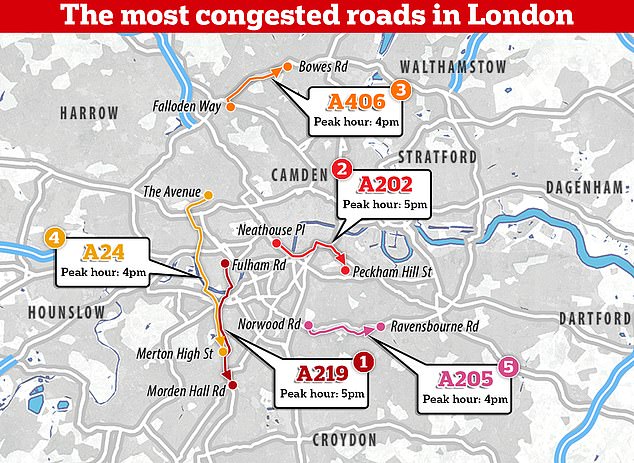 London has been named the worst city for congestion in the world, according to the INRIX 2022 Global Traffic Scorecard. London’s most congested roads are pictured 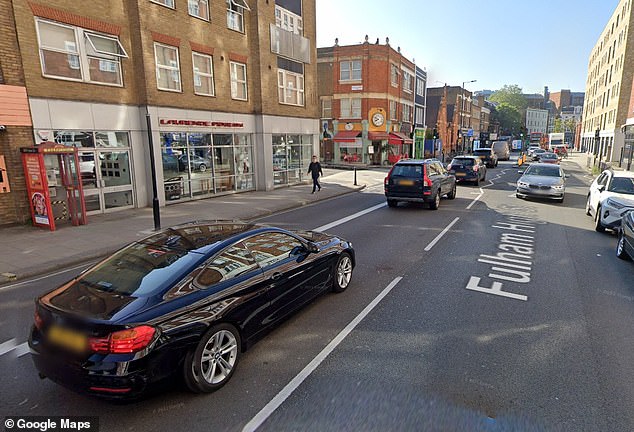 London has been named the worst city for congestion in the world, according to the INRIX 2022 Global Traffic Scorecard.

These are the roads with the biggest traffic jams:

London was just ahead of Chicago where motorists spend 155 hours in traffic, followed by Paris, at 138, Boston at 134 and New York at 117.

The average driver in the UK lost 80 hours due to traffic congestion – a seven-hour increase on 2021, although down 35 hours from 2019, according to data firm Inrix.

Officials blamed motorists for using their cars for journeys which would be better walked or cycled.

Will Norman, the London Mayor’s cycling commissioner said: ‘Two-thirds of all car journeys in the city could be walked or cycled in less than 20min. We urgently need to shift local trips from cars to more efficient modes’ of transport.’

After London, drivers in Bristol (91 hours), and Manchester (84 hours) lost the most time to traffic congestion in the UK.

A driver commuting into London paid an extra £212 in 2022 in fuel costs alone, while the average driver in Birmingham paid around £182 extra.

The average UK driver lost 80 hours due to traffic congestion last year – up seven hours from last year but down 35 hours from 2019.

In total, sitting in congestion is said to cost £707 for the average driving, costing the country £9.5 billion.

Cost for drivers is calculated by determining the median commute distance for each urban area, considering area-specified fuel prices and the car fuel efficiency for each country.

It was assumed drivers commuted 240 days of the year. 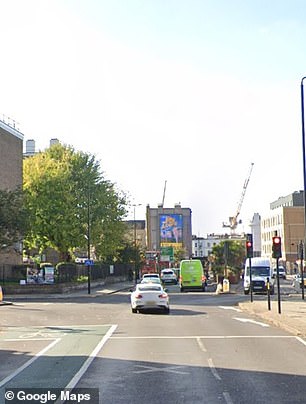 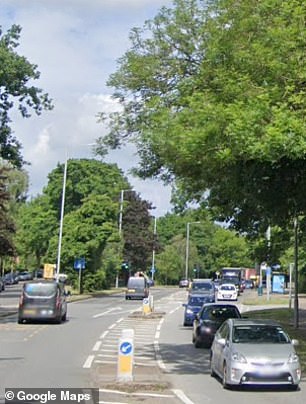 London’s streets suffer more congestion than anywhere else in the world, with its drivers stationary for an average 156 hours 2022. The A202 Eastbound between Neathouse Place and Peckham Hill Street (left) was the second worst street in London for traffic, followed by the A406 Eastbound between Falloden Way and Bowes Road (right) 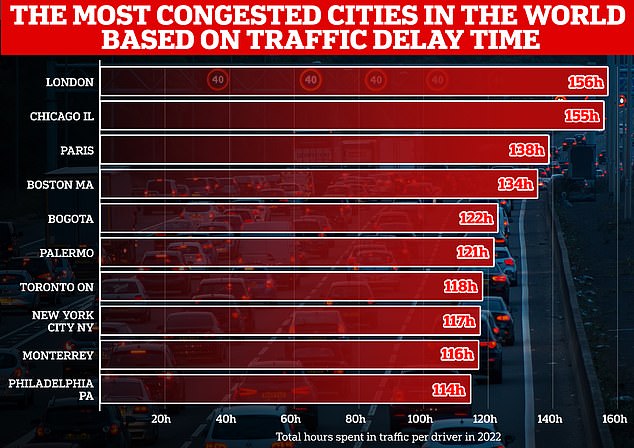 London’s roads suffer more congestion than anywhere else in the world, with its drivers stationary for an average of 156 hours in 2022

The top five most congested UK stretches of roads were all found in the capital – with the worst being the A219 southbound from Fulham Road to A297 Morden Hall Road – where drivers lost 47 hours in traffic in 2022.

This major route out of the city often experiences high volumes of traffic at peak commuting times.

In addition, the continued closure of the Hammersmith Bridge has also contributed to increased delay in the area.

Outside of London, the busiest route was in Birmingham – A45 eastbound from Bordesley Circus to Henry Road – costing drivers 37 hours.

Much of this congestion occurred due to road works to make improvements to the route that have run throughout the latter part of 2022 and traffic incidents that have occurred on the route.

London’s traffic increased by five per cent – but this was dwarfed by other cities which saw much bigger rises, including Chicago (49 per cent), Boston (72 per cent) and New York City (15 per cent).

Bob Pishue, transportation analyst and author of the report: ‘It is great to see civic and commercial life returning to normal, but unfortunately, we’re seeing congestion inching closer to, if not exceeding, pre- pandemic levels. 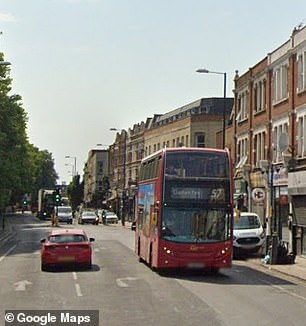 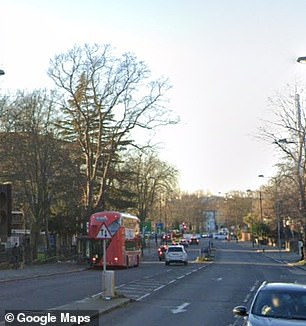 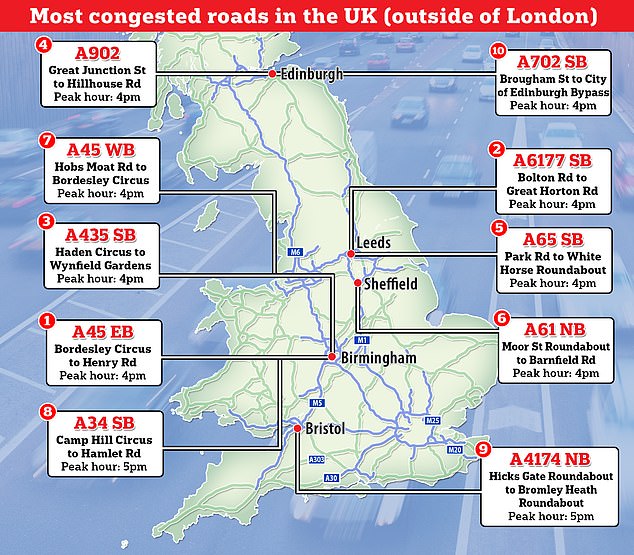 Outside of London, the busiest route was in Birmingham – A45 eastbound from Bordesley Circus to Henry Road – costing drivers 37 hours

‘We must manage congestion while improving mobility and accessibility in cities to avoid it hurting economic recovery and impacting the quality of life of commuters and residents.’

The most hated 50 yards of road in Britain: A baffling sign has helped land drivers with fines totalling £6 million — and counting — in a Low Traffic Neighbourhood

‘The traffic wardens sit in their cars until 8.31am… then they pounce’: Life on UK’s worst road for parking tickets where drivers were hit with 32,000 fines totalling £2.26m over two years

The new Ultra-low emission zone: What is it and how will it affect you?

When and why was the Ulez created?

It was launched in April 2019 to clean up London’s air.

How bad is air quality in the capital?

An estimated 4,000 Londoners die prematurely each year from conditions related to air pollution.

How does Ulez help?

It disincentivises drivers from using the most polluting vehicles by charging them a daily fee for entering the zone.

How much is the fee?

The charge for vehicles which do not comply with minimum emissions standards is £12.50 for cars, smaller vans, motorbikes and other lighter vehicles.

The fee for non-compliant larger vehicles such as lorries, buses and coaches is £100 under the low emission zone scheme.

How do I avoid the fee when driving in the zone?

For petrol cars that means those generally first registered after 2006.

Most diesel cars registered after September 2015 are exempt from the charge.

When does the Ulez operate?

All day, every day, except Christmas Day.

How soon after a journey do I need to pay?

You have until midnight on the third day following the journey.

What happens if I am liable to the charge but do not pay?

Failing to pay can result in a penalty charge notice of £160, reduced to £80 for early payment.

What area is currently covered by the Ulez?

The zone initially covered the same area of central London as the congestion charge.

Since October 25 last year it has included everywhere within the North and South Circular roads.

How significant is the August 2023 expansion?

The zone will be 18 times larger, covering all London boroughs.