The Milky Way is no stranger to cannibalism on a galactic scale, having consumed many smaller star clusters in its 13.5 billion-year history. Even now, the Milky Way is in the process of devouring the much-smaller Sagittarius dwarf elliptical galaxy or SagDEG. But the tables will turn on the Milky Way when it collides with its bigger cosmic neighbour, Andromeda.

Andromeda sits about 2.5 million light-years from Earth and the two galaxies are racing towards one another at speeds of about 500,000km per hour.

Andromeda is the bigger of the two, measuring about 200,000 light-years from edge to edge.

The so-called barred spiral galaxy is home to an astounding one trillion stars.

For comparison, the Milky Way only measures about 100,000 light-years across and accounts for some 250 billion stars. 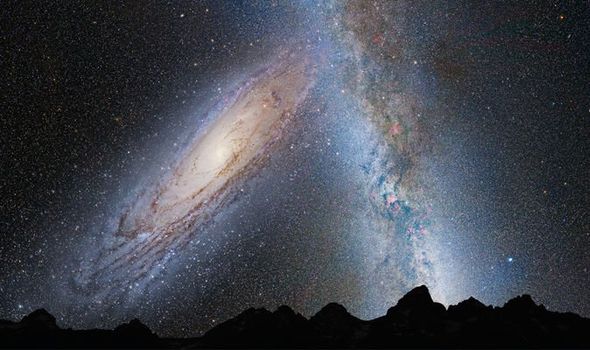 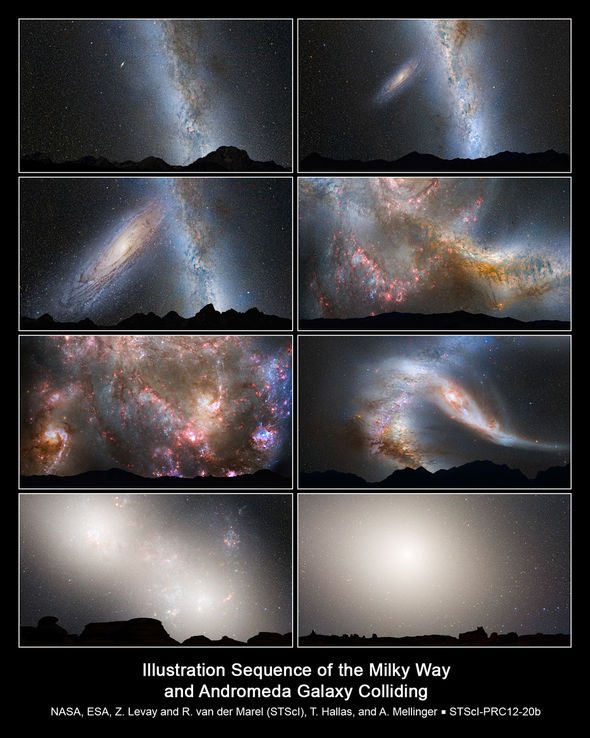 When the Milky Way and Andromeda eventually collide, astronomers estimated the collision will give birth to an even bigger cluster of stars.

The product of this galactic collision has been dubbed the Milkomeda.

Astronomers at the European Space Agency (ESA) said: “Our own Milky Way contains the debris of the many smaller galaxies it has encountered and devoured in the past, and it is currently absorbing the Sagittarius dwarf elliptical galaxy.

“In turn, it looks as if our Milky Way will be subsumed into its giant neighbour, the Andromeda galaxy, resulting in an elliptical galaxy, dubbed ‘Milkomeda’, the new home for the Earth, the Sun and the rest of the Solar System in about two billion years time.”

According to the US space agency NASA, astronomers identified this merger as the next major event to disrupt the Milky Way.

When the collision happens, our cosmic neighbourhood and night sky will change beyond recognition.

In 2012, astronomers suggested the crash might even slingshot our Sun into a new region of the galaxy.

The good news is though this does not threaten to rip our solar system apart.

It is also unlikely humanity will still be around to witness the merger. 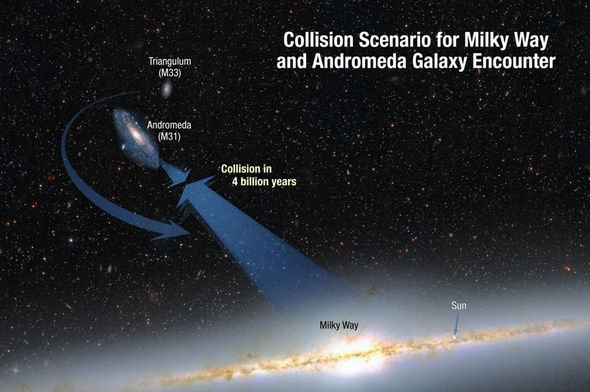 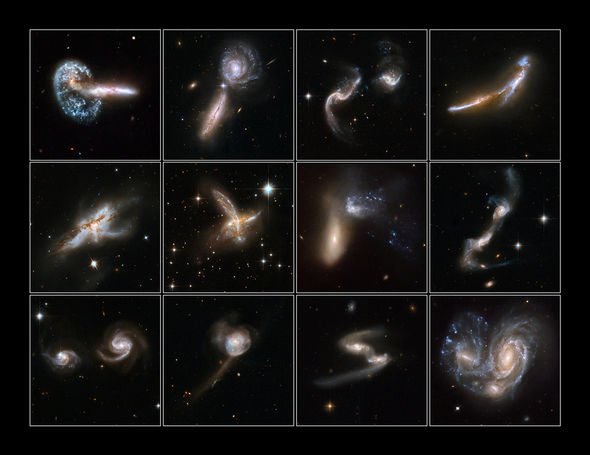 In about four to five billion years from now, the Sun is expected to expand into a red giant.

This will mark the star’s final days as it runs out of nuclear fuel to sustain its chain reactions.

The red giant will likely consume Mercury and Venus and may even scorch the surface of Earth.

Before that happens, however, new pictures collected by the Hubble Space Telescope give a glimpse of what the Milkomeda merger might end up looking like.

Astronomers from ESA and NASA have published 59 photos as part of a large-scale investigation into distant star clusters.

The images reveal the beautiful and often-bizarre end results of galaxies interacting.

ESA’s astronomers said: “Galaxy mergers, which were more common in the early Universe than they are today, are thought to be one of the main driving forces for cosmic evolution, turning on quasars, sparking frenetic star births and explosive stellar deaths.

“Even apparently isolated galaxies will show signs in their internal structure that they have experienced one or more mergers in their past.

“Each of the various merging galaxies in this series of images is a snapshot of a different instant in the long interaction process.”