Moving farming to new areas as the planet warms up from climate change could release 177 Gigatons of CO2 into the atmosphere and accelerate global warming.

A new study by researchers from the Betty and Gordon Moore Center for Science in Virginia examined the impact of farming in new ‘northern frontier sites’.

Some regions at higher altitudes and latitudes including the currently frozen north of Canada and Russia could become more suitable for farming.

Unfortunately suddenly turning these new soils could release as much carbon into the atmosphere as the US is likely to release over the next 100 years.

It’s hoped by mapping future farming opportunities and understanding the risks, new agricultural frontiers can be properly managed in advance to minimise risk.

Hannah and the team, which included researchers from the University of Guelph in Canada, created a first of its kind model of agricultural land predictions.

The data is based on predicted rises in temperature and changes in climate profiles across the country – leading to the ‘new Northern frontiers’.

‘In a warming world, there will be new opportunities and challenges in the north,’ the authors of the paper said.

‘This work highlights how we must approach the idea of developing new farmland very cautiously and be extremely mindful of potential negative impacts.’

‘Areas currently not suitable for agriculture are likely to become suitable in the next 50 to 100 years,’ said Krishna Bahadur KC from Guelph.

Earth’s agricultural landmass could increase by almost one-third, including vast new farming prospects in Canada and Russia’s north, they found.

‘We used climate change projections and crop science data to see what we might be able to grow in these regions,’ said Krishna.

Globally, the study found prospective croplands are expected to be most extensive in northern boreal regions. In Canada, four crops – wheat, potatoes, corn and soy – are cold-tolerant enough to grow in more northerly regions under climate change, according to the study.

With longer growing seasons, wheat and potatoes might be suitable for cultivation across the northern reaches of most provinces and much of the Northwest Territories and Yukon.

Corn and soy could also be grown farther northward, although less extensively.

At the same time, the team calls for policy-makers to balance the need for more food with the potential environmental impacts of more widespread farming.

‘The tradeoffs between environmental concerns and food production may be very significant,’ said co-author Evan Fraser.

‘We need to think carefully about environmental sustainability. And any thought of developing agriculture to take advantage of longer growing seasons due to climate change had to be mindful of the role of Indigenous governance in these areas.

‘Many of the areas our model suggest may become more suitable for farming are the home of a great many Indigenous communities.’ 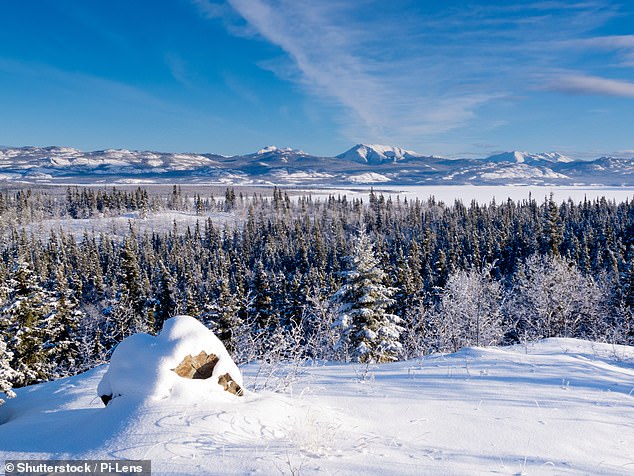 Population estimates for the end of the century range from about 7 billion people to more than 16 billion.

The world will need to produce an estimated 70 per cent more food by 2050 to sustain a human population of about 9 billion.

‘We need food, but we don’t want environmental impacts. We need to find a way to balance,’ said Krishna.

The research has been published in the journal PLOS One.

WHAT IS AIR POLLUTION?