Elon Musk confirms Saudi Arabian wealth fund IS behind his plan to take Tesla private, and reveals he’s been in talks with the foreign investors for nearly two years

A Saudi Arabian sovereign wealth fund has approached Musk ‘several times’ about taking Tesla private, in conversations that stretch back as far as two years ago, Musk wrote in a blog post Monday.

It follows a shock announcement from the Tesla boss last week, when he tweeted that he was considering taking the firm private at $420 per share, adding that funding was ‘secured.’

Shares of Tesla were sliding more than 1 percent to $351.80 on Monday morning.

The surprise tweets have since caught the eye of the Securities and Exchange Commission, with regulators looking into whether the statements were truthful and why Musk announced them via Twitter.

Musk attempted to clear up his tweets in the blog post Monday. 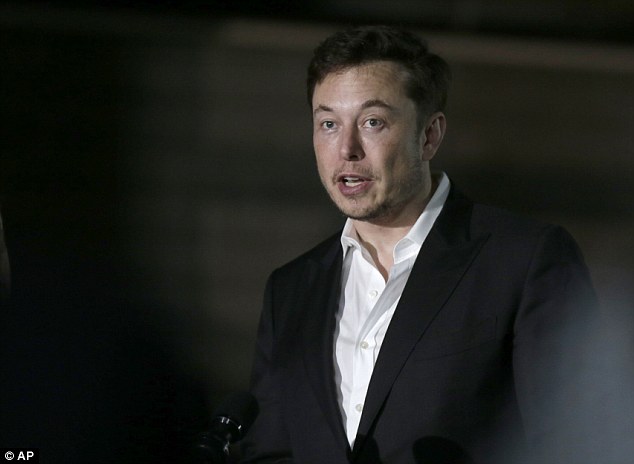 Musk said Tesla is still in the early stages of the take-private process and that the firm continues to meet with the Saudi sovereign wealth fund, which he didn’t mention by name. It came after his surprise announcement on Twitter last week

‘They first met with me at the beginning of 2017 to express this interest because of the important need to diversify away from oil.

‘They then held several additional meetings with me over the next year to reiterate this interest and to try to move forward with a going private transaction,’ Musk added.

The Saudi fund met with Musk on July 31 after purchasing a 5 percent stake in Tesla.

During the meeting, the fund’s managing director reiterated a desire to fund a going private transaction for Tesla, Musk wrote.

‘I left the July 31st meeting with no question that a deal with the Saudi sovereign fund could be closed, and that it was just a matter of getting the process moving,’ he added.

‘This is why I referred to “funding secured” in the August 7th announcement.’

Musk said that Tesla is still in the early stages of the take-private process and that the firm continues to meet with the Saudi sovereign wealth fund, which he didn’t mention by name.

Sovereign wealth funds are investment funds that are controlled by the government. They can invest globally in stocks, bonds, real estate and other areas.

Musk said he continues to hold conversations with Tesla’s largest shareholders and that a deal would be funded primarily by equity, instead of debt.

‘The $420 buyout price would only be used for Tesla shareholders who do not remain with our company if it is private,’ he explained.

‘My best estimate right now is that approximately two-thirds of shares owned by all current investors would roll over into a private Tesla.’

The Tesla board has already met ‘several times’ in the past few weeks to discuss the proposal to take the firm private. 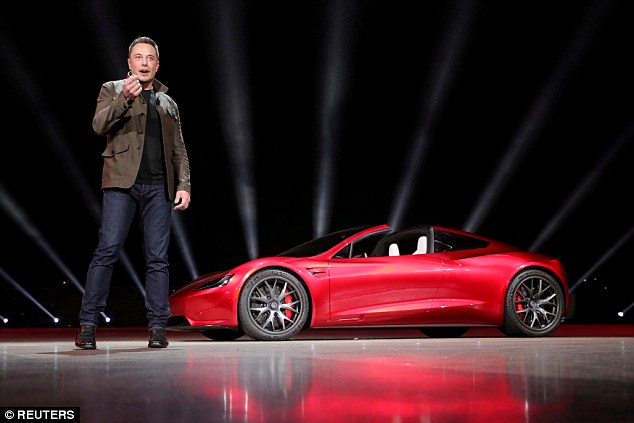 Musk said that Tesla is still in the early stages of the take-private process and that the firm continues to meet with the Saudi sovereign wealth fund, which he didn’t mention by name

WHY DOES ELON MUSK WANT TO TAKE TESLA PRIVATE?

In a shock announcement on Tuesday, Tesla CEO Elon Musk announced that he has weighed taking the electric car company private at $420 a share.

A take-private price of $420 a share would value Tesla at $82 billion and marks a significant jump from the stock’s current levels of roughly $379 a share.

Going private involves a transaction(s) that take a company off the public market, meaning retail investors can no longer trade shares on the stock market.

Take-private transactions may be led by a non-controlling shareholder, a private equity firm making a leveraged buyout or a consortium of companies.

Musk said he has received broad investor support for the move. The only thing standing in the way of an official announcement is a shareholder vote.

Going private would allow Tesla to avoid many of the pressures of the public markets, such as wild stock swings, scrutiny from Wall Street analysts, as well as ‘attacks’ from short-sellers – a group that Musk has said ‘want [Tesla] to die so bad they can taste it.’

In a letter to employees, Musk said Tesla’s volatile stock has served as a ‘major distraction’ to staff and that being public created a lot of pressure on the company to ‘make decisions that may be right for a given quarter, but not necessarily right for the long-term.’

If Tesla goes private, it would no longer be forced to file public financial statements or host quarterly earnings calls with Wall Street analysts.

These events tend to cause upward or downward swings in Tesla’s stock.

Still, Musk felt it was necessary to inform all of Tesla’s shareholders and announce his ‘intentions publicly’ on Twitter.

‘The only way I could have meaningful discussions with our largest shareholders was to be completely forthcoming with them about my desire to take the company private,’ Musk said.

‘However, it wouldn’t be right to share information about going private with just our largest investors without sharing the same information with all investors at the same time.

‘As a result, it was clear to me that the right thing to do was announce my intentions publicly.’

Musk explained in the blog post that he will continue to talk with investors, while he ‘investigates a range of potential structures and options.’

‘If and when a final proposal is presented, an appropriate evaluation process will be undertaken by a special committee of Tesla’s board, which I understand is already in the process of being set up, together with the legal counsel it has selected,’ Musk explained.

‘If the board process results in an approved plan, any required regulatory approvals will need to be obtained and the plan will be presented to Tesla shareholders for a vote.’

The blog post comes follows a wild week for Tesla’s stock, with shares initially rising close to 12 percent on Tuesday, then falling about 2 percent on the news that the SEC was investigating Musk’s tweets.

Reports have suggested that the SEC’s investigation has ‘intensified’ its probe into Musk and Tesla.

Regulators are looking into whether Musk’s tweets violated the SEC’s fair disclosure rules, which include some provisions around posting material announcements on social media platforms and whether that is an example of market manipulation.

Securities lawyers told Bloomberg that Musk’s tweets about a take-private transaction for Tesla are unlikely to violate any laws unless they’re proven false or inaccurate.

WHAT ARE THE SEC’S RULES AROUND FAIR DISCLOSURE?

Tesla CEO Elon Musk’s tweets about the firm going private have reportedly drawn a closer look from the Securities and Exchange Commission.

The SEC is now looking at whether what Musk said was truthful and why he announced the information on his Twitter.

The regulatory agency has certain rules around what companies can and cannot speak about on social media platforms, as part of its fair disclosure rules.

Many believe Musk’s tweets are likely to be weighed against the Reed Hastings Rule, which was established in 2012.

The rule was established when Netflix CEO Reed Hastings used his Facebook to post that the streaming service had ‘exceeded 1 billion hours for the first time.’

This warranted further investigation by SEC regulators, who later determined that posting material information on social media is allowed.

However, companies must make sure that shareholders are notified that material announcements will be made on social media channels, as well as given proper access to them.

In Musk’s case, Tesla has only told investors to monitor the CEO’s Twitter feed in a public filing once, back in 2013.

Beyond that, regulators will be working to find out whether Musk’s claims were honest.

Musk tweeted that financing had been secured for a take-private deal and that the company had received broad investor support.

If Tesla doesn’t have the funding in place, experts say Musk’s tweets could amount to market manipulation, since it would be an example of false statements causing the company’s shares to skyrocket.

Musk’s blog post on Monday will likely help prove that the tweets were accurate.

Should Musk decide to take Tesla private at $420 share, it would mark one of the largest buyouts in history.

In a letter to shareholders after his tweet on Tuesday, Musk fleshed out his idea, suggesting they would get the option to sell their shares for $420 each or remain investors in a private Tesla, out of the glare of Wall Street and its need for quarterly results.

He said that would allow Tesla to ‘operate at its best, free from as much distraction and short-term thinking as possible.’

It’s highly unusual for the head of a major company make a significant announcement in such casual manner.