To start, they’re living rocks, faceless and mostly motionless. When all is well, they hide out of view, tightly shut and burrowed into river beds, doing the ecological heavy-lifting of filtering water, storing nutrients and anchoring freshwater food webs. And when they’re in trouble, mussels aren’t particularly charismatic poster children for ecological strife.

But this could be the year that freshwater mussels get the attention that Jordan Richard, a biologist with the U.S. Fish and Wildlife Service and the University of Wisconsin, believes they’re owed.

After years of searching for a potential explanation for the mysterious and massive die-offs that have suddenly killed thousands of mussels in streams from Washington to Virginia, Mr. Richard and his colleagues have finally identified a potential “mussel-bola” culprit.

In a study published earlier this month in Scientific Reports, the research group used genetic testing to identify viruses in healthy and diseased mussels. One novel virus, they found, was 11 times more likely to be present in sick mussels.

With the public keyed into the complex importance of viruses in human health and ecosystems, Mr. Richard said, “It’s a great time to be talking about viruses and obscure animals.”

Federal estimates suggest more than 70 percent of North America’s freshwater mussels have been driven to endangerment or extinction. While pollution, habitat destruction and other human-caused hazards can explain some of that loss, the sudden die-offs have remained thoroughly unexplained.

“Mussels are disappearing at an alarming rate, but we just don’t understand why,” said Wendell Haag, a research biologist at the Center for Mollusk Conservation in Kentucky who was not involved in the new paper. “It drives me crazy that we’ve got no idea what’s going on.”

This month’s paper is the first solid evidence of a pathogen as a possible cause, Dr. Haag said. “It’s an excellent and very promising lead.” 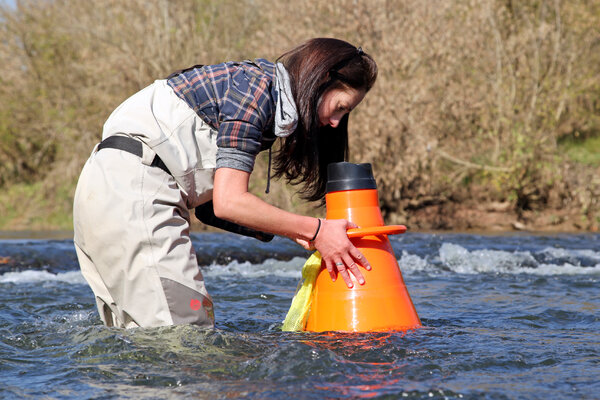 The study is among the first to examine mussel die-offs through an epidemiological lens. The Wisconsin-based researchers focused on blood samples from 58 healthy and diseased Pheasantshell mussels, a subset of hundreds collected from the Clinch River in Tennessee and Virginia where about 80,000 mussels have perished since 2016. In all, they discovered 17 viruses in the mollusks’ blood.

One of those, a densovirus, belongs to a class of viruses linked with lethal epidemic disease in shrimp, cockroaches, crickets, moths, crayfish and silkworms. It was much more likely to be present, and in higher densities, in sick mussels compared with healthy control subjects.

“Before, we were throwing our hands up, said Tony Goldberg, a veterinary epidemiologist at the University of Wisconsin and a co-author. “Now we have a clear hypothesis.”

The findings do not conclusively show that the virus causes die-offs. Other factors — bacteria, invasive bivalves, warming waters — could be interacting with the novel virus to weaken or kill off freshwater mussels.

Traci DuBose, an ecologist at Virginia Tech not involved in the paper, has studied the role of droughts in mussel die-offs. “I think it’s very complementary,” she said of the new findings. Given how little we know about mussel biology and mortality, Dr. DuBose said, “It all goes hand in hand.”

Next, the Wisconsin researchers will isolate and study the novel virus in a lab setting and, eventually, use it to experiment on thousands of tiny live, hatchery-grown mussels. Further down the line, they could even develop a rapid test to detect the virus in cultured or wild mussel populations. But there are major obstacles to studying the mussels.

Unlike with humans, chimpanzees or even oysters (where there’s a financial or humanitarian drive for this kind of virology), the researchers don’t have an established model for working with freshwater mussel cells. That means they don’t have a clear picture of how to grow mussel cells or the virus in a lab.

“Mussels are the dark matter of wildlife disease,” Dr. Goldberg said. “We know they exist, we know they’re important, but we don’t know what they’re made up of. We’re really starting from scratch.”

Eric Leis, a Fish and Wildlife Service biologist, has tried fish and mosquito cell lines as a potential laboratory host for the novel virus. “It’s almost like trying to find a unicorn,” Mr. Leis said.

Dr. Goldberg said he hopes, given the pandemic, to draw the public’s attention to the plight of freshwater mussels. “Even viruses that don’t infect people can affect people,” he said. “People now are in tune with viruses as societal and natural disrupters. They’re taking them more seriously all around. It is good timing.”