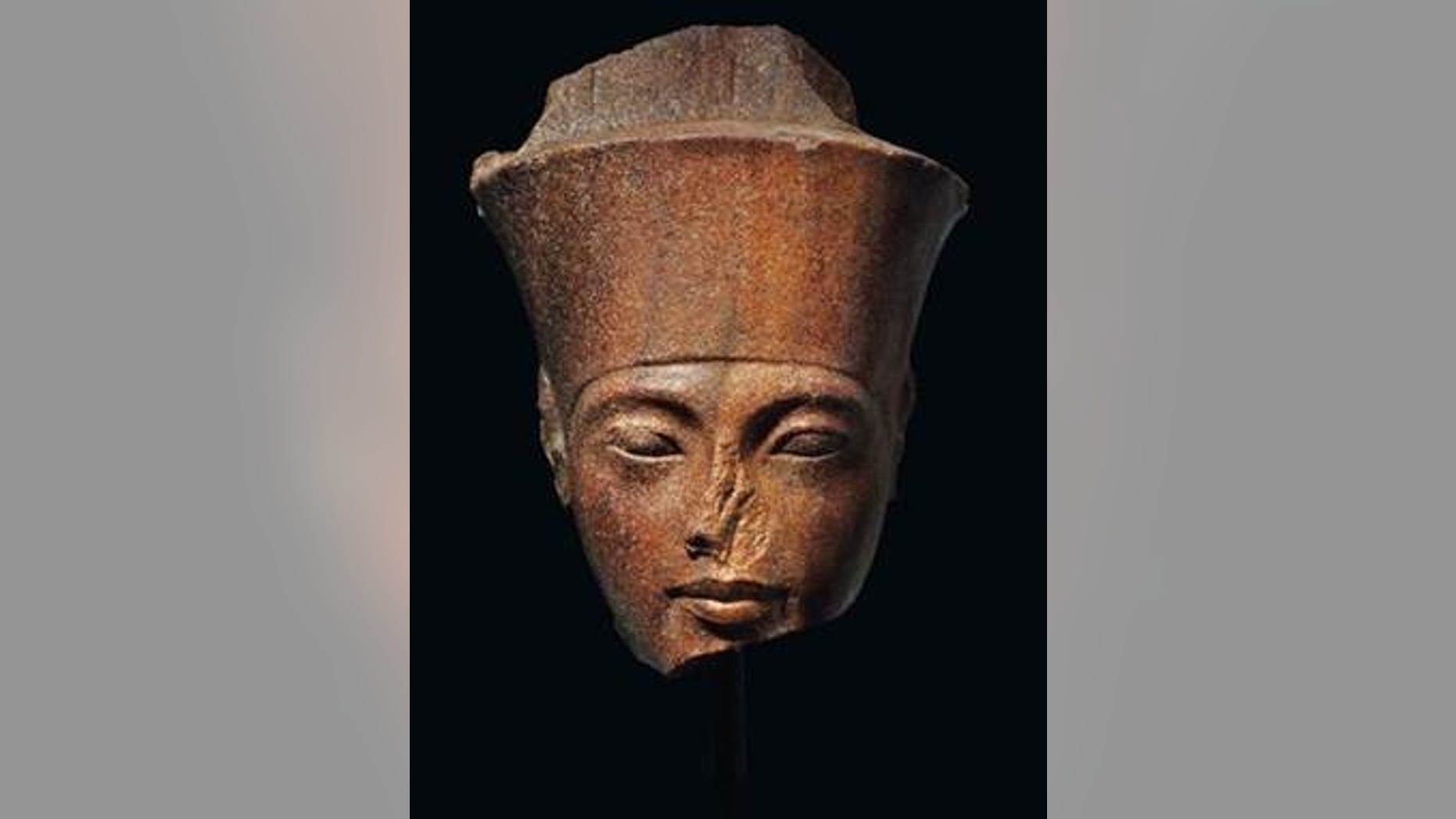 The 3,000-year-old stone sculpture of Tutankhamun sold for nearly $6 million at auction.
(Christie’s)

A leading Egyptian archaeologist has claimed he is close to solving the mystery surrounding the death of King Tutankhamun.

The boy king died over 3,000 years ago aged just 19 and was apparently finished off by an infected leg following a horrific chariot crash.

King Tut is the most famous of Egypt's Pharaohs, and experts have spent decades bickering over the cause of his untimely death.

Bone fragments found in his skull suggest he was assassinated, while a fractured leg bone hints that the Golden Boy's demise was an accident.

Now a prominent Egyptologist has told the Daily Star he is close to proving the latter.

Dr. Zahi Hawass, from the Egyptian Supreme Council of Antiquities, said his team was using a "new machine" to investigate the young king's corpse.

He said he believes Tut died following a broken leg sustained in a chariot accident. The leg wound became infected and killed him.

King Tut was born with deformities as his father, Akenathum, and mother, known only as The Younger Lady, were brother and sister.

It's thought he had Marfan syndrome, a genetic disorder that can leave someone with unusually long fingers, arms and legs.

"We know that he had a fracture on his left leg and that fracture was an accident that happened to him two days before he died," Dr. Hawass said.

"We will find out through this machine if he had an infection or not.

Dr. Hawass said the results of the project would be announced next year.

He was interested in hunting wild animals in the valley of gazelles that connected between the Valley of the Sphinx and the Saqqara.

The idea that Tut sustained a fatal injury during one of these expeditions is not a new one.

A CT scan carried out in 2005 suggested he snapped his left thigh bone just a few days before death.

"Although the break itself would not have been life-threatening, infection might have set in," Egyptian antiquities researchers said in their report.

Another analysis in 2013 found he was crushed on one side of his body, likely while on his knees. The impact apparently shattered his pelvis and ribs.

Some experts believe that bone fragments found in the boy's skull 60 years ago reveal that Tut was assassinated with a heavy blow to the head.

However, later analyses have shown the damage likely occurred after death, likely during the embalming process.

This story originally appeared in The Sun.