Asteroids are small rocky bodies that usually sit in the inner Solar System, orbiting the Sun. There are millions of them flying around space and their collisions – known as impact events – have played a significant role in shaping many planets. Apophis 99942 is a 370-metre-wide near-Earth orbit space rock that continues to pose a destructive threat.

Initial observations from the space agency in 2004 revealed a probability of 2.7 percent that it could strike Earth in 2029.

Concerns were heightened after the probability was significantly raised by the end of 2004, setting the record of the Torino impact scale for a level 4 threat.

However, it was revealed during Amazon Prime’s “Steps to the Future” how these fears were soon put to bed.

The narrator detailed: “In December 2004, a 217 metre-long asteroid named Apophis worried specialists who feared a collision with the Earth in 2029. 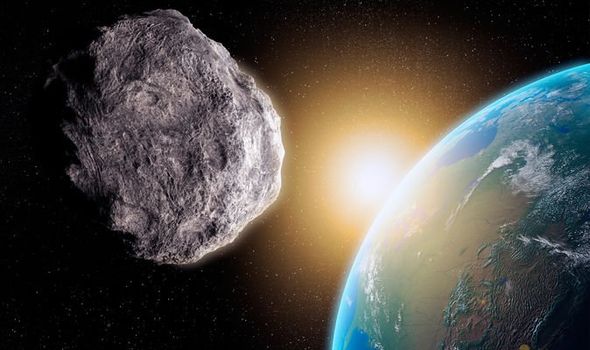 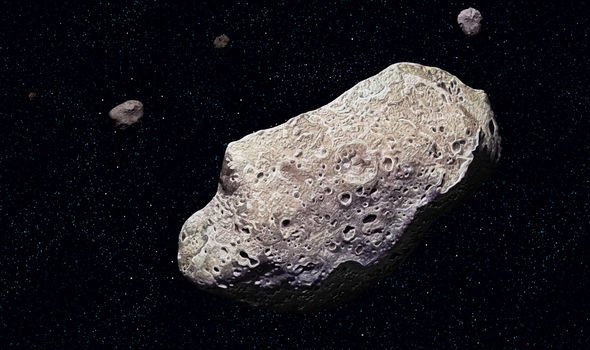 We missed a small detail, it’s called a keyhole

“But the following year the alarm was lifted.

“New observations show that Apophis is going to miss the Earth by 32,000km, so we relaxed.

“But maybe we were wrong.”

The series revealed how scientists at the French Riviera Observatory in Nice spotted something unique about Apophis.

Patrick Michel, one of the leading asteroid specialists in Europe, detailed what his team spotted.

He said in 2010: “We missed a small detail, it’s called a keyhole – here I drew the Earth with the Moon.

“The small detail that we’re forgetting is that there is a little zone of uncertainty 600 metres wide which Apophis might go through.

“If Apophis goes through it, it will crash into the Earth in 2036.

“Otherwise it will miss the Earth by several million kilometres.” 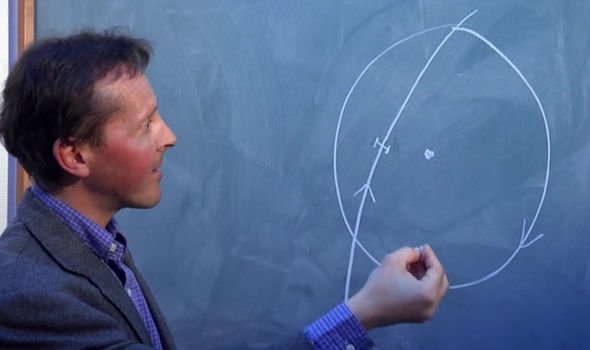 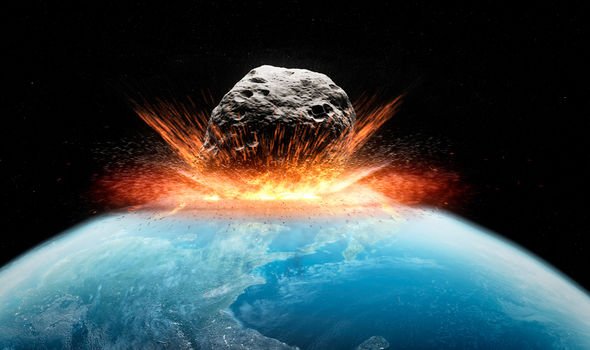 Until early 2006, the possibility remained that Apophis could hit Earth in 2036.

This possibility kept it at Level 1 on the Torino impact hazard scale until August 2006, when the probability that Apophis would pass through the keyhole was determined to be very small and Apophis’ rating on the Torino scale was lowered to zero.

Preliminary observations by Goldstone radar in January 2013 effectively ruled out the possibility of an Earth impact by Apophis in 2036, but detailed a future impact in 2068 has a one in 150,000 chance.