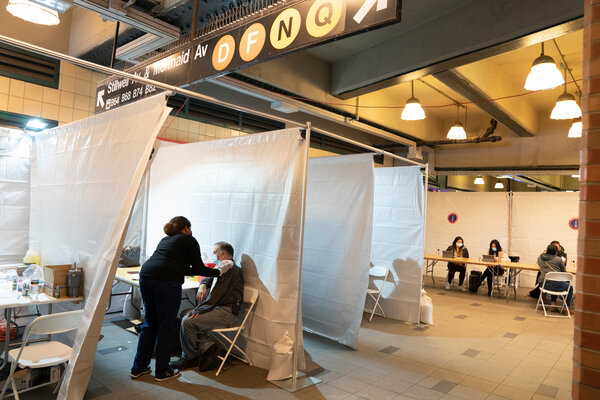 A single dose of the Covid-19 vaccine made by Johnson & Johnson is highly effective in preventing severe illness and death from the Delta and Beta variants of the coronavirus, data from a clinical trial in South Africa suggest.

The study is the first real-world test of the vaccine’s efficacy against Delta, a highly contagious variant of the virus surging across the United States and much of the world. South Africa’s Ministry of Health reported these preliminary results at a news conference on Friday. The data have not yet been peer-reviewed or published in a scientific journal.

In the trial, called Sisonke, the researchers evaluated one dose of the Johnson & Johnson vaccine in nearly 500,000 health care workers, who are at high risk of Covid-19. The vaccine has an efficacy of up to 95 percent against death from the Delta variant, and up to 71 percent against hospitalization, the researchers reported. (The vaccine did slightly worse against the Beta variant, which is thought to be more adept at sidestepping the immune response than Delta.)

“We believe this vaccine is doing what it was designed to do, which was to stop people going to hospital and stop them ending in I.C.U.s and dying,” said Dr. Linda-Gail Bekker, co-lead of the study and director of the Desmond Tutu H.I.V. Centre at the University of Cape Town.

The results suggest that people who have received one dose of the Johnson & Johnson vaccine don’t need a booster shot, Dr. Bekker said.

When so-called breakthrough infections did occur in vaccinated volunteers, they produced mild symptoms in 96 percent of the cases and resulted in severe disease or death in less than 0.05 percent, the study found. The trial ran from February to May of this year.

The results should comfort the millions of people who have received the Johnson & Johnson vaccine, particularly because some previous studies had suggested the single shot may be vulnerable to Delta. Laboratory studies of the vaccine’s performance against the variant have been mixed, and a trial comparing the one- and two-dose regimens has not yet released results.

Given the uncertainty, some Johnson & Johnson recipients have sought a second dose on their own. Health officials in San Francisco are offering residents immunized with Johnson & Johnson a supplemental dose of the Pfizer-BioNTech or Moderna vaccines.

“This study was conducted as a real-world efficacy study in one of the most challenging epidemiologic settings,” said Dr. Dan Barouch, a virologist at Beth Israel Deaconess Medical Center in Boston who has led some studies for J. & J. but was not involved in the trial. “This is very good news for the fight against the global Covid-19 pandemic.”

The South African researchers recorded two cases of the rare clotting disorder associated with the Johnson & Johnson vaccine in the trial; both participants made a complete recovery.