Ninety-five per cent of the world’s lemur population is ‘on the brink of extinction’, as animal becomes the most endangered primate on Earth

Lemurs could soon be wiped from the face of the Earth, experts have warned.

The animals, which are only found in the wild on the island of Madagascar, are now the most at-risk primates on Earth.

According to new statistics from the International Union for the Conservation of Nature (IUCN), 95 per cent of the animals are now ‘on the brink of extinction.’

Lemur populations have been decimated by rainforest destruction, unregulated agriculture and logging and mining, say experts. 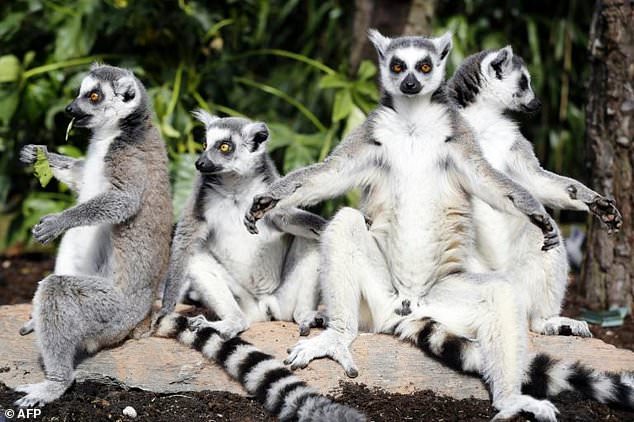 Out of a total of 111 lemur species and subspecies, 105 are under threat, IUCN said in its first update on the animals since 2012. The unique animals are only found on the African island of Madagascar and are now the most endangered primates on Earth (stock)

Out of a total of 111 lemur species and subspecies, 105 are under threat, the IUCN revealed in its first update on lemur populations since 2012.

The IUCN creates the ‘red list’ of endangered animals and categorises animals based on their stability.

Among the most concerning trends is an ‘increase in the level of hunting of lemurs taking place, including larger-scale commercial hunting,’ Christoph Schwitzer, director of conservation at the Bristol Zoological Society, said in the statement.

He described the hunting as ‘unlike anything we have seen before in Madagascar.’ 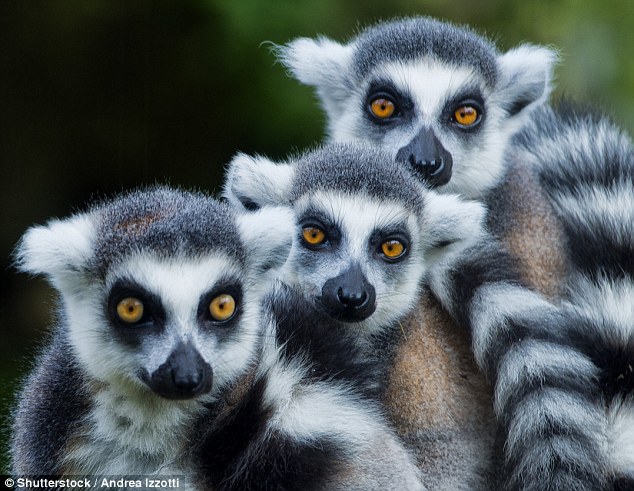 Ninety-five percent of the world’s lemur population is ‘on the brink of extinction,’ a leading conservation group has revealed.  IUCN has said it is launching ‘a major action plan for lemur conservation,’ to help preserve the endangered primates (stock)

One of the species identified as ‘critically endangered’ is the northern sportive lemur, of which there are thought to be only 50 individuals left.

‘Lemurs are to Madagascar what giant pandas are to China – they are the goose that laid the golden egg, attracting tourists and nature lovers,’ said Jonah Ratsimbazafy of the domestic primate research group known as GERP.

Madagascar is one of the most biodiverse nations in the world.

IUCN said it was launching ‘a major action plan for lemur conservation,’ to help preserve the endangered primates.

Last year, in the UK, several more species were added to the list.