Old male elephants that are targeted for their ivory by hunters actually play a crucial role within the herd role by leading young male groups to food and water.

UK researchers rubbished claims by trophy hunters and ivory dealers that old males are worth killing for their precious tusks on the grounds they are ‘redundant’ in terms of breeding and species survival.

Scientists set up cameras to track African savannah elephants in Botswana in central Africa, where populations are decreasing due to poaching and conflict with humans.

The experts say the oldest males in all-male groups are most likely to hold ‘leading positions’ when they travel, potentially helping younger, less experienced followers.

The species (Loxodonta africana) is being driven to near extinction due to hunting and is currently listed as ‘vulnerable’ on the IUCN Red List. 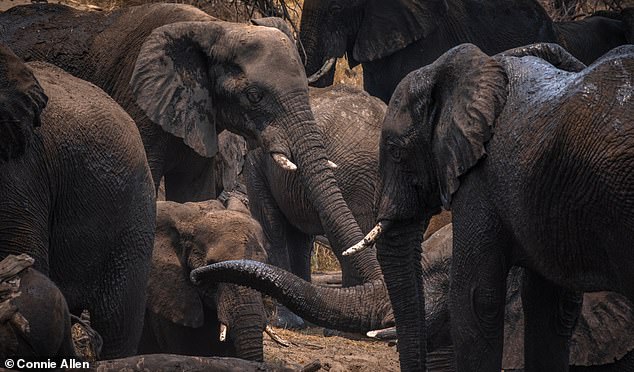 ‘We argue that selective hunting of old bulls is not sustainable,’ said lead author Connie Allen at the University of Exeter’s Centre for Research in Animal Behaviour

‘Past research has shown in fact that old bulls are the prime breeders – they sire the most offspring – in African elephants.

‘Our findings suggest that killing them could also have detrimental effects on wider elephant society through loss of leaders who help young, newly independent males navigate in unfamiliar, risky environments.’

The study tracked populations of the African savannah elephant, the largest land mammal in the world, according to the Wildlife Conservation Society (WCS).

A mature male African savannah elephant may stand up to 13 feet tall at the shoulder and weigh 14,000 pounds. 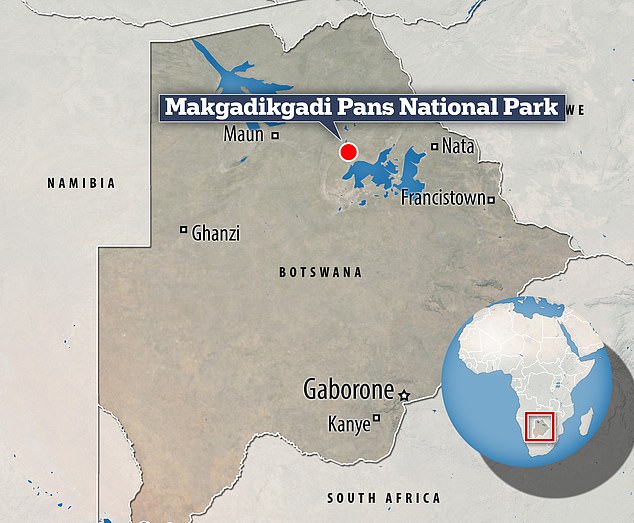 As a result of their great size and visibility within open areas, African savannah elephants are well studied and populations are easily estimated.

Each family unit usually consists of around 10 females and their calves, and the older male adults associate with these herds only during mating.

Pre-adolescent male African savannah elephants live in the herds, which are led by females, but between ages of 10 to 20 years they leave their natal family, spending most of their time in all-male groups.

At this point, they embark on an independent life in a ‘novel, risky, changing and often harsh environment,’ Allen said.

Males at this age also experience a highly mortality rate compared with the females, which stay with their natal families throughout their life.

By the time the males reach the age of about 26 years, they are considered mature. 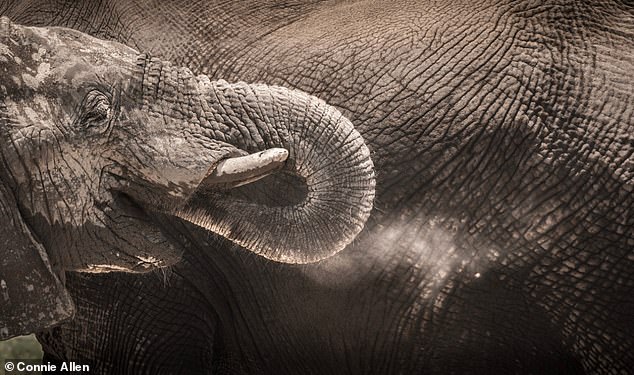 Pre-adolescent male African savannah elephants live in the herds, which are led by females, but between ages of 10 to 20 years they leave their natal family

This is a heavily male-dominated park, with 98 per cent of sightings reported as males.

The team found the probability of leadership – measured by which elephant walked at the front of travelling groups – increased along with age.

Younger adolescent males were more likely to be followers in these all-male groups, meanwhile. 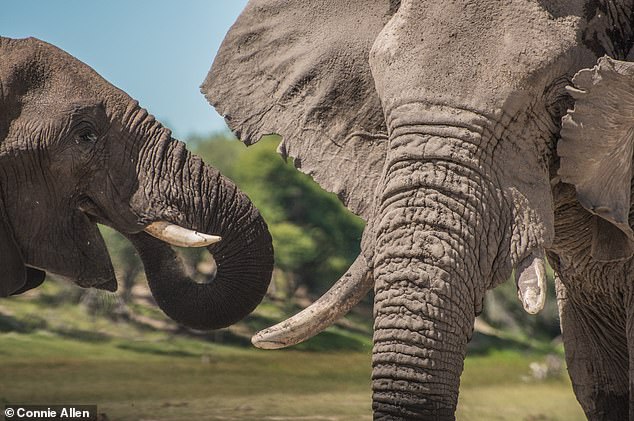 This indicates that ‘young, naive and newly independent males’ may latch on to older individuals to reap benefits of their ‘heightened knowledge and experience’, Allen said.

Adolescent males were also less likely to travel alone than in all-male groups, indicating an intuitive awareness of the possible threat of lone travel.

The findings raise concerns over the removal of older male ‘bulls’ that currently occurs in both legal trophy hunting and illegal poaching.

‘What is a particular concern is that these older bulls are in fact the main targets of legal trophy hunting at the moment due to their larger trophy ivory tusks that grow larger and thicker with age,’ said Allen. 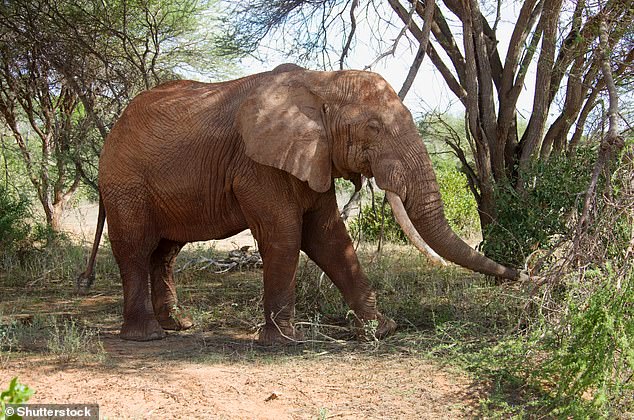 ‘We wish to highlight the potential loss of knowledge and experience that would otherwise be passed on to younger males.’

Older female elephants, called matriarchs, had been known to be the most effective at making decisions crucial to herd survival.

‘In contrast, less is known about the role of older males as leaders in long-lived social species,’ said study author Professor Darren Croft at the University of Exeter.

‘Our study suggests that bull elephants occupy a similar leadership role in male elephant society as old female matriarchs in breeding herds – and so they may require equal protection.’

The study has been published in Scientific Reports.

Since then, around 400 elephants have been found dead in Botswana without a clear cause of death, but with their tusks still in place.

In July, the Botswana government said samples of the dead elephants are being analysed to determine more about the cause of death.

THE AFRICAN SAVANNAH: THE LARGEST LAND MAMMAL IN THE WORLD

African savannah elephants are the largest land animals on Earth, with males (known as bulls) reaching a shoulder height of 13 feet.

A noticeable distinction between African savannah and forest elephants is size – the savannah is larger and has bigger and more curved tusks.

Asian elephants have much smaller ears than both African species and usually, only the male Asian elephant sports tusks

As they move, they push over trees to get to their branches and roots, helping maintain the grasslands, and they use their tusks and trunks to dig for water, creating pools that many other animals need to survive.

These elephants are important dispersers of seeds through their consumption of fruit.

Habitat loss and poaching are the biggest concerns for the survival of elephants.

As the human footprint has grown in Africa, elephant habitats have been converted to farmland, deforested by industrial logging and mining, and otherwise developed by roads and settlements.

Poachers kill elephants for their ivory and meat, and farmers sometimes kill them to protect their crops, which elephants often raid.

Both male and female African savannahs have tusks and are therefore targeted by hunters.