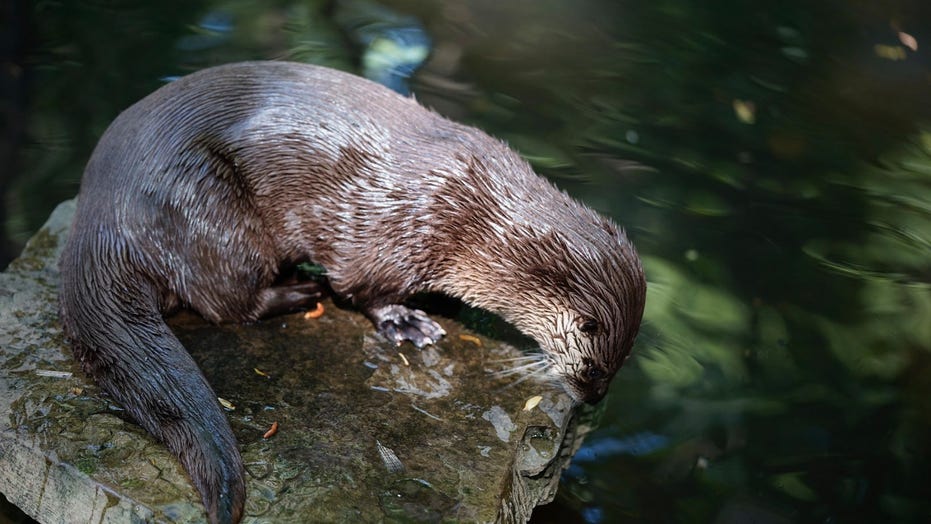 A river otter at a Tennessee wildlife preserve died after visitors threw food into his enclosure last week.

Otto, an otter at the Bays Mountain Park and Planetarium in Kingsport, Tenn., became ill Thursday afternoon “after park guests threw food into his enclosure that his body could not tolerate,” according to a Facebook post from the park.

Park Manager Rob Cole told the Kingsport Times-News park officials found grapes in Otto’s enclosure, though it’s unclear if the otter ate the grapes or something else.

“Otto exhibited initially what we thought were balance issues,” Cole told the news outlet. “He wasn’t real steady on his feet and his condition hasn’t improved, so it was time to make sure all is well and that Otto would be okay.”

The otter was taken to the University of Tennessee (UT) Animal Hospital Thursday afternoon but died later that day. 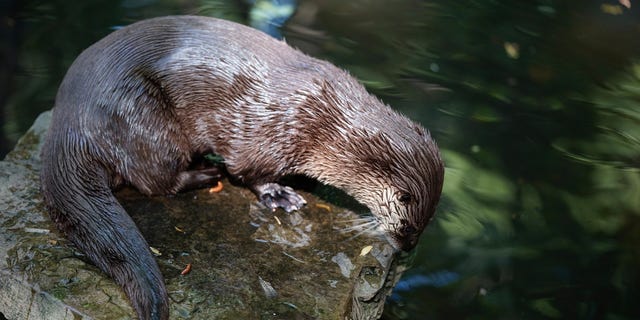 Otto, a river otter at the Bays Mountain Park and Planetarium in Kingsport, Tenn., died on Thursday after visitors threw food into his enclosure in the nature preserve. Park officials found grapes in the enclosure, though it is unclear if Otto ate the grapes or something else that "his body could not tolerate," according to park officials.
(Bays Mountain Park and Planetarium)

“We're deeply saddened to announce that Otto the river otter did not make it. His exact cause of death isn't known, but a necropsy will be performed to find out,” the park said in a statement.

Otto reportedly arrived at the park in October 2017 when he was 9 months old. He and his siblings had been orphaned after their parents died in a flood.

“The hope was to release them back into the wild, but the pups had lost their fear of humans, so Otto found a new home with us at Bays Mountain Park,” the park said.

The preserve said Otto — described as a cheerful creature that loved to splash around with toys in his pool — was "beloved" by both staff and guests.

“We want to thank everyone who sent well-wishes for Otto after our initial statement earlier today. If you have any photos or memories of Otto, please share them with us,” park officials concluded in the statement.

Visitors and fans offered their condolences.

“What an awful, needless event. So very sorry Otto did not make it. Our hearts go out to the Park and all who loved him,” one person wrote.

“The news of Otto's passing has deeply saddened our family. My children loved watching him swim and play. He will be greatly missed,” another said.

A third Facebook user added: “I always loved watching Otto. He will be greatly missed, I wish there was a way to know who did this. Such a sweet boy to have to go this way.”

On Friday, the park thanked the “outpouring of support” from fans and visitors after Otto’s death.

“The best thing you can do for the park and for Otto's memory is to calmly, kindly educate one another on the dangers of feeding wildlife. That goes for any wild animals — not just the ones at parks and zoos like ours,” the park wrote on Facebook.

“Again, thank you for all the love. It's a difficult day, but we certainly appreciate the reminder of just how loved this park and our animal residents are,” the statement concluded.