Home » Science » Perfectionists and their high standards cause family issues

Perfectionists have strained family lives because they hold their partner and children to impossibly high standards, scientists say

Being a perfectionist can be detrimental to your family life due to unreasonably high expectations of your partner and children, a study has found.

Some people are fastidious in nature and need everything to be correctly aligned, but applying this to the household can be catastrophic.

The research from Poland found that women often expect perfection from their partners whereas men tend to expect it from their children. 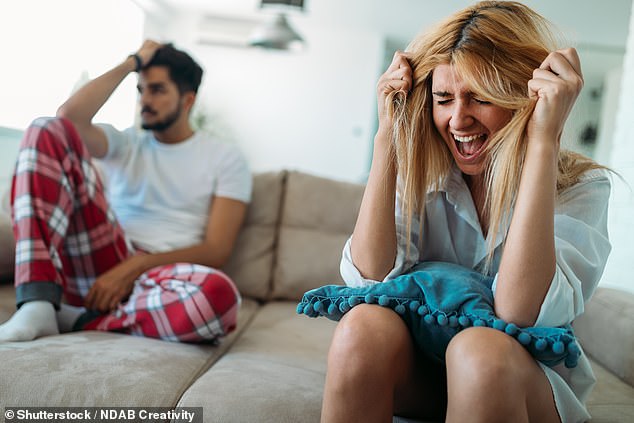 The study was carried out by a team from the SWPS University of Social Sciences and Humanities.

A total of 459 people were recruited as part of an online study and were quizzed on their requirements from their family.

The questions ranged from ‘I expect my partner to do their best at everything they do,’ to ‘I have a strong need for my children to strive for excellence’.

It revealed that people who scored highly for perfectionist traits are also more likely to have strained relationship.

Men often fall short of the expectations set out by women, it revealed. But they didn’t want perfection from their partner, instead demanding it of their offspring.

Scientists say this ‘could be culturally conditioned and be considered a relic of the traditional organisation of family life’.

However, on average, there was more forgiveness for the shortcomings of the children than the spouse.

This is because ‘it is the everyday interactions with their partner that are more strongly associated with their self-esteem.’

They also reveal that perfectionism comes in different forms.

Individuals who require perfection from themselves are characterised by conscientiousness, achievement motivation and a fear of making mistakes.

In contrast, other-oriented perfectionists are more narcissistic, psychopathic, less agreeable and oriented towards domination, control and emphasising their own power and superiority.

The study was published in the journal Plos One.