The Perseid meteor shower is caused by the Earth’s atmosphere colliding with debris left behind by comet Swift-Tuttle. It occurs in July and August every year, and it is one of the highlights of many meteor hunters’ calendar, due to its high hourly rate and bright meteors.

The meteors are named the Perseid as the point from which they appear to hail (called the radiant) lies in the constellation Perseus.

When does the Perseid meteor shower peak?

This year, the Perseid meteor shower is active between July 17 and August 24, according to the Royal Museums Greenwich (RMG).

The number of meteors will be increasing every night until it reaches a peak in mid-August, after which it will tail off.

The peak falls on the night of the 12th and before dawn on August 13. 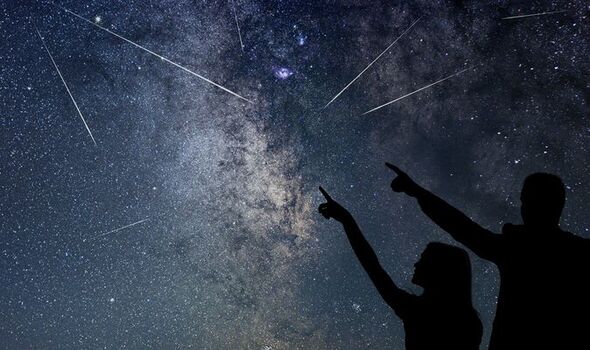 Unfortunately, this year the peak falls around the time of the full moon, so light conditions will be particularly bad. RMG says: “When watching for meteors, the darker the sky the better.”

Where can you see the Perseid meteor shower in the UK?

The meteor showers can be observed in the night sky from any location, but there are certain places which will increase your chances of spotting meteors.

The RMG advises: “Plan ahead and check the weather forecast. If it is likely to be inclement, find a different location or go out on a different day. 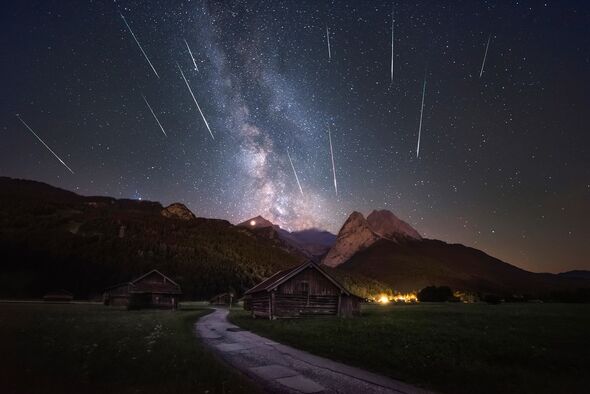 “The days leading up to the peak are usually better than the days after.”

Observers can also reduce the amount of light pollution in their field of view, by heading out to the countryside or a nearby park.

If that is not possible, you can simply turn your back to street lamps.

For a better experience, the RMG says it helps if you give your eyes at least 15 minutes to adjust to the dark so that you can catch more of the fainter meteors. 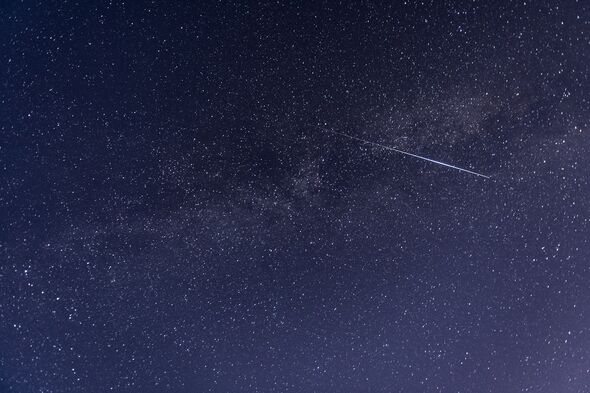 This means that you should not look at your phone!

Meteors can appear in any part of the sky so the more sky you can see, the better.

Find an area with a clear view of the horizon and away from trees and buildings.

Binoculars and telescopes are not necessary as they will restrict the size of the sky that will be visible to you.