Vladimir Putin under pressure to announce victory in Ukraine

The news comes as Russian forces are turning to ever more desperate measures to complete their so-called “special operation” in Ukraine, with reports suggesting Moscow is turning to convicts to fill frontline personnel. In spite of a far larger and superior military, Russia has struggled to hold onto key areas in Ukraine following their capture, and demonstrated in the early stages of the war, in which Russia was humiliatingly forced to retaliate from central Ukraine and the outskirts of Kyiv.

Speaking to The OSINT Bunker podcast, RAF Air Marshall Ed Stringer said: “It just shows the desperation, because here we are talking about can you learn, what, 5 months into the conflict as you suggested before, and the Russian Air Force just doesn’t seem to even want to begin to think about establishing the sort of air campaign we would consider as a pretty essential thing to be doing, and as you’ve suggested they are using their aircraft largely over territory that they control and where they clearly feel safe.

“Beyond that, they’re using it would appear, a range of guided and semi-guided rockets now in what you’d have to say just looks like a terror campaign.

“But, as Ukraine is showing us at the moment, you’ve got to keep adapting and he who adapts quickest wins, I mean that is Darwinism, and having institutions that take years and years and years to do quite simple upgrades on most of our aircraft is not a war-winning capacity.” 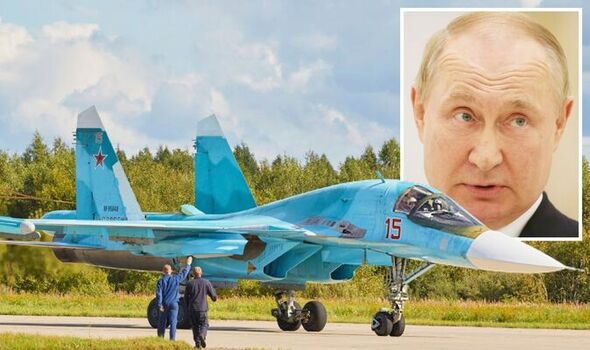 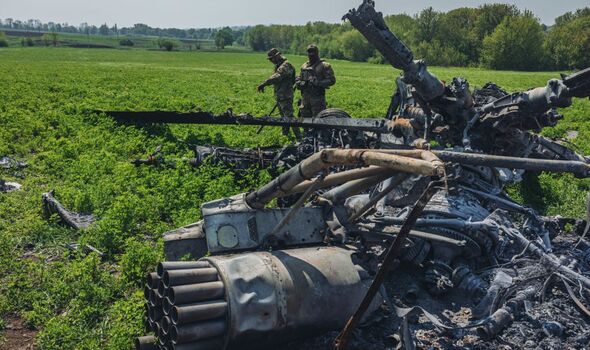 Adding a further layer of shame to Putin, Mr Stringer said: “The Russia of today is a gangster-state.”

The RAF has augmented its preparation and training in light of the Russian invasion of Ukraine, with the service building on joint exercises with NATO partners.

He continued: “We have to be ready for that and that – to my mind – is the most significant lesson for European security that comes out of the invasion.” 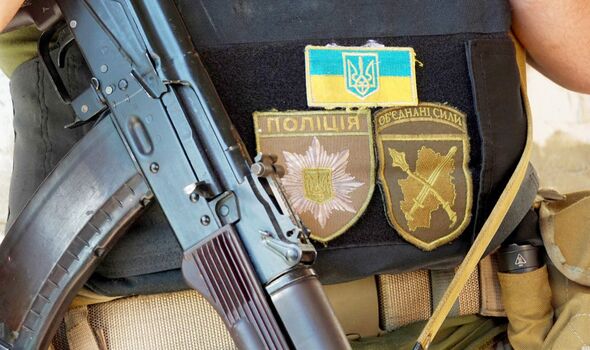 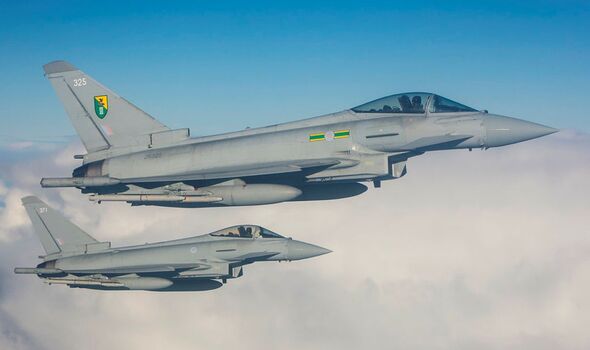 Discussing the notion of whether the British military may become involved in a conflict situation in light of the Russian war, Sir Mike said: “There is no doubt in my mind that Russia is the most pressing threat to the UK and European security – just look at its behaviour not just in Ukraine but in… Georgia before that.

Speaking to Sky News at the Royal International Air Tattoo (RIAT), he continued: “I am in no doubt that that is the clear and present threat we are training to be ready for.

“Clearly we hope it won’t come to that and deterrence will work but come the day Russia takes an aggressive act against a NATO state we would be ready.” 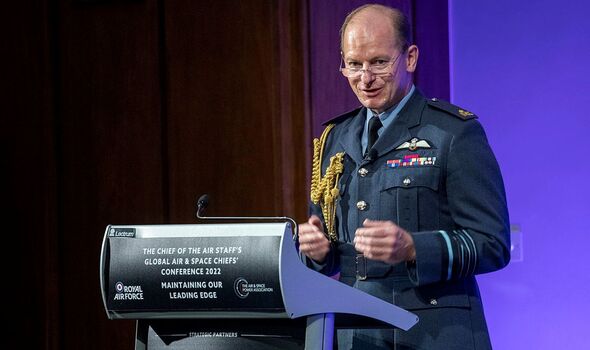 Sir Mike also spoke of the need for British pilots to be prepared for mid-air combat.

He ended: “What it boils down to is having the pilots with the training and the skills and experience to tackle any eventuality whether it is firing a missile or a close-in dogfight.

“Here at RIAT this week we have got 67 air force and space force chiefs gathered.

“These are our allies and partners.

“We train and work with these people day in and day out and that is what gives us that combat edge, this dogfighting combat edge.”

Russia has lost multiple air assets since the start of the war, with 188 helicopters and 217 fixed-wing aircraft.