The solar winds carry about 1.5 million tons of electrified gases or plasma towards Earth every single second. These winds are the main cause of so-called solar storms – disturbances in Earth’s natural magnetic fields. Weaker solar storms are typically kept at bay by Earth’s magnetosphere but satellites and spacecraft can still feel their impact.

Major solar storms can overload power grids, cause tech blackouts and even trigger the Northern Lights halfway down the globe.

There are, however, minor chinks in Earth’s armour that allows weaker solar winds to penetrate Earth’s defences.

According to NASA, the two weakest regions of Earth’s magnetosphere are found above the polar regions.

Mark Conde from the University of Alaska, Fairbanks, said: “Most of Earth is shielded from the solar wind. 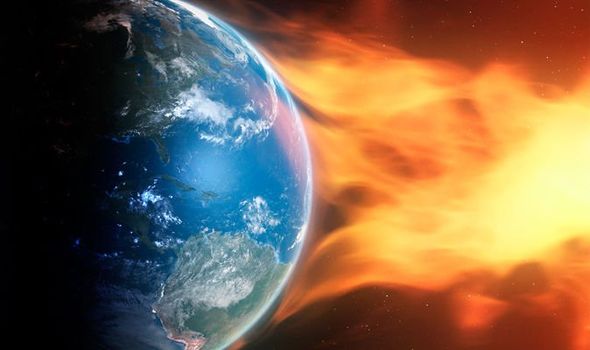 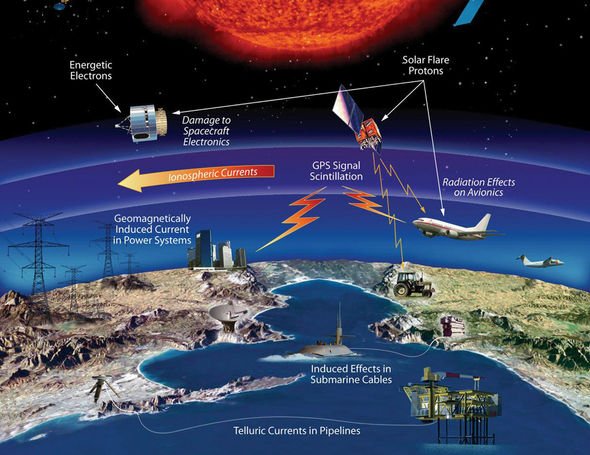 “But right near the poles, in the midday sector, our magnetic field becomes a funnel where the solar wind can get all the way down to the atmosphere.”

Scientists have dubbed these magnetic funnels the polar cusps.

When solar winds stream down these funnels and towards the planet, they can cut out radio signals and disrupt GPS and satellite operations.

The European Space Agency (ESA) has recently warned not even terrestrial technology is spared from the effect of solar activity.

Unpredictable blasts of solar winds, storms and space weather have the potential “to disrupt and even destroy infrastructure in space and on the ground”.

Slower solar winds travel towards our planet at speeds of around 1.7 million mph.

Most of Earth is shielded from the solar wind

Astronomers believe these slower winds escape the Sun from around its equator.

Faster solar winds, on the other hand, stream towards Earth from the within the Sun, through holes in the star’s atmosphere or corona.

NASA scientist Nicholeen Viall said: “The composition and charge state of the slow solar wind is very different from that of fast solar wind.

“These differences imply that they came from different places on the Sun.”

In both cases, however, the winds are a mix of charged protons and electrons with other heavier elements such as oxygen and helium.

DON’T MISS
Why space junk in orbit threatens future space missions [INSIGHT]
Neil Armstrong was NOT the first man to do THIS on the Moon [INTERVIEW]
Was Darwin wrong about evolution? [ANALYSIS] 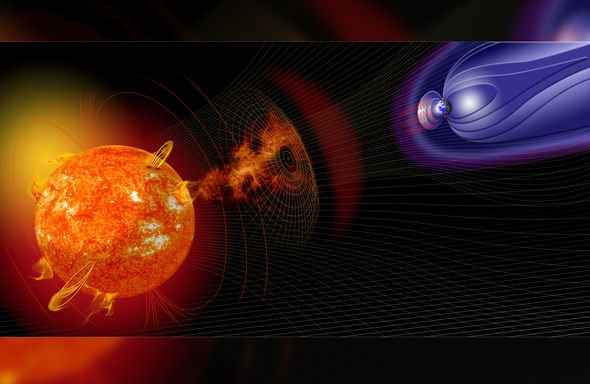 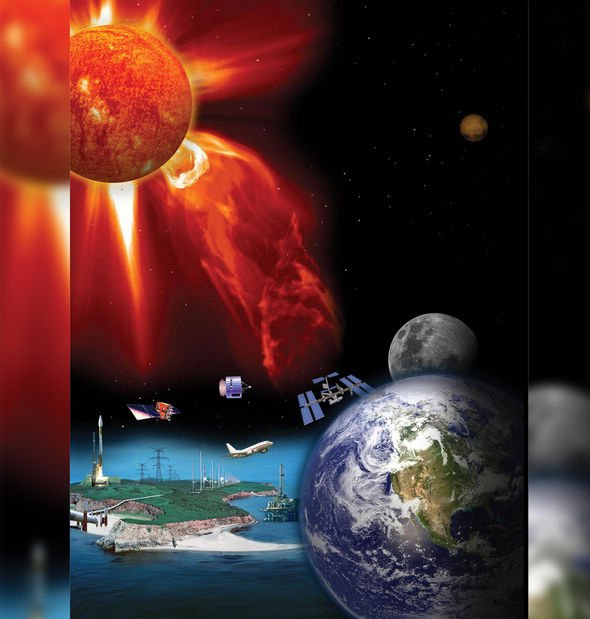 And when the solar winds strike our planet, they can wreak havoc in the atmosphere.

NASA said: “Modern society depends on a variety of technologies susceptible to the extremes of space weather.

“Strong electrical currents driven along the Earth’s surface during auroral events disrupt electric power grids and contribute to the corrosion of oil and gas pipelines.

In a bid to better understand how technology is affected by these solar phenomena, NASA is launching three missions to the northern polar cusp.

The NASA missions are all part of the Grand Challenge Initiative – Cusp – nine rocket missions designed to explore the magnetic funnels.

NASA will launch a series of 65ft-tall rockets up into the atmosphere for 15 minutes at a time.

These so-called sounding rockets can travel between 20 and 800 miles upwards and are very precise with their targeting.

One of NASA’s upcoming missions will study a region of the atmosphere in the cusp that is significantly denser than its surrounding.

“But the pressure change associated with this increased mass density, if it occurred at ground level, would cause a continuous hurricane stronger than anything seen in meteorological records.”