Talk about a blast from the past! Sony launches a new WALKMAN more than 40 years after the original retro gadget went on sale – but the upgraded version has an eye-watering price tag

Sony is capitalising on a love of all things retro with a new Walkman, more than 40 years after the original cassette version went on sale.

It has a 3.6-inch touchscreen as well as physical controls on the side so users can change volume or switch tracks without having to take it out their pocket.

But the new device costs £349 – more than some smartphones on the market – and it can’t make calls or send text messages. 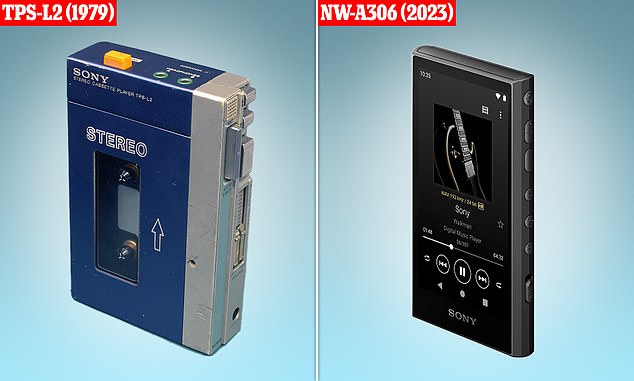 Sony has launched a new Walkman (right), more than 40 years after the original cassette version (left) first went on sale

The NW-A306 runs on Android and gives access to a few basic apps, including the all-important music apps and the Google Chrome browser.

It arrives on the market 44 years after Sony released the first Walkman, the TPS-L2, which went on sale in Japan on July 1, 1979.

‘Enjoy a high quality sound from this stylish and compact music player that lets you download and stream more of the music you love,’ Sony says of the new device.

‘With full Wi-Fi compatibility, a longer lasting battery and a stylish and sleek design, you can play and find new music wherever you want to go.’

As well as being able to access the internet, the ‘stylish and compact’ new player connects to a PC, so users can transfer music from computer to device in the old-fashioned way too. 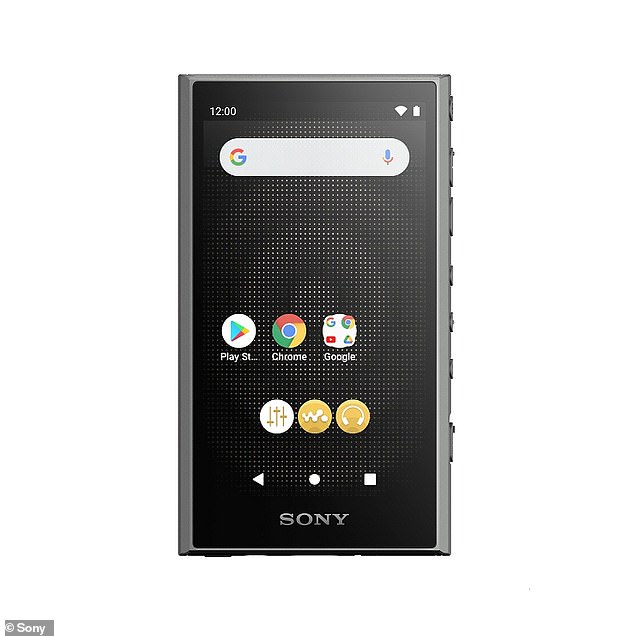 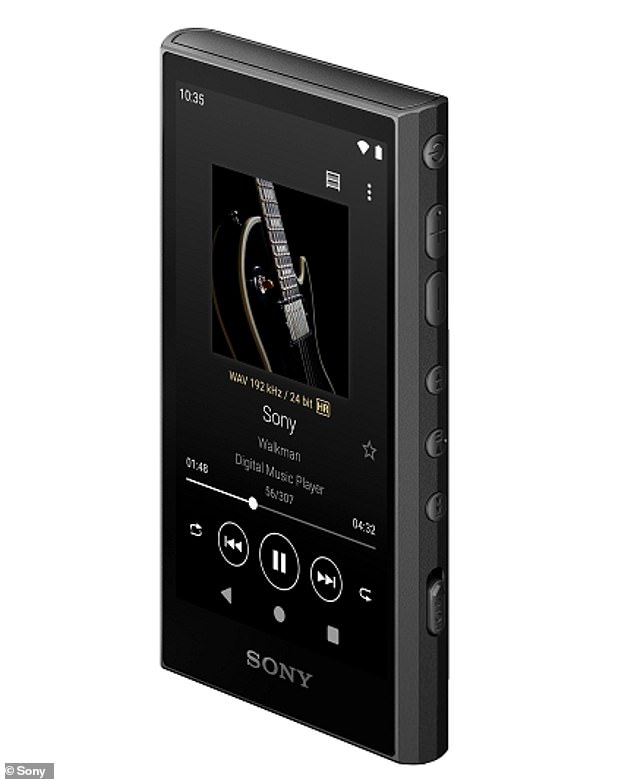 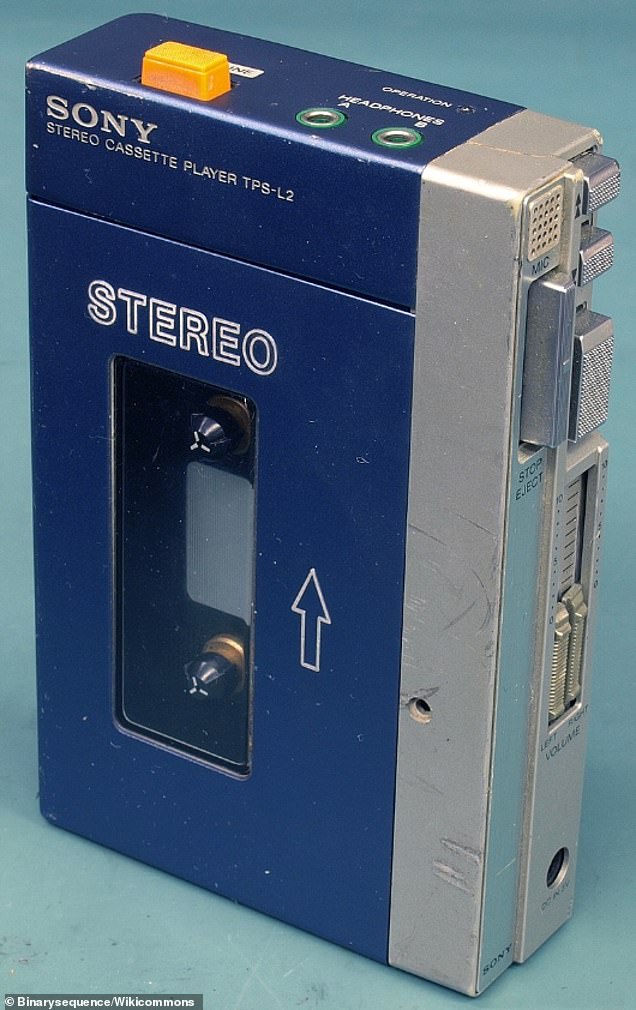 Sony claims this is a device for real music lovers as it offers a level of sound quality that doesn’t come on most flagship smartphones.

Now, smartphone makers have much more of a focus on cameras and image quality, often while overlooking sound.

Sound quality also depends largely on the accompanying headphones that an owner opts for.

Sony’s new Walkman doesn’t come with headphones, although the firm offers a range of wireless, in-ear and headband options that are compatible.

NW-A306 has up to 36 hours of battery life, runs the Android 12 operating system and comes in two colours, blue and black.

It also keeps lovers of retro happy by keeping the headphone port, which is swiftly becoming a rarer feature.

Smartphone makers including Apple and Samsung have largely phased out the headphone port in favour of wireless headphones connected via Bluetooth. 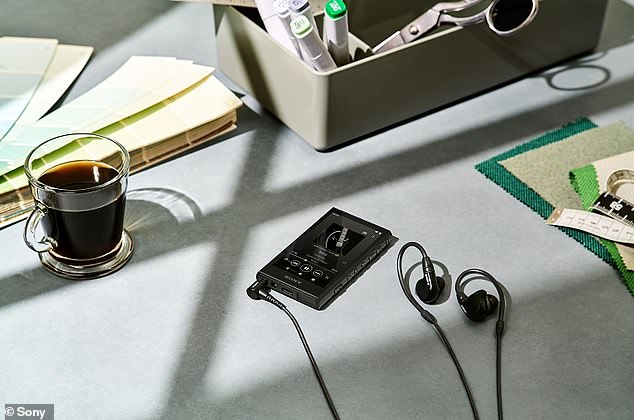 Sony’s new Walkman doesn’t come with headphones, although the firm offers a range of wireless, in-ear and headband earphones that are compatible 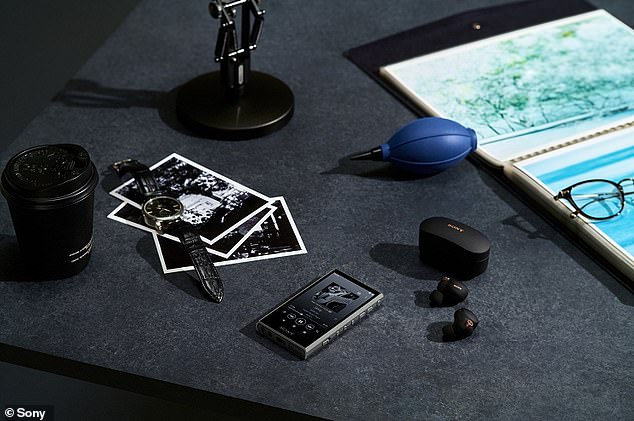 NW-A306 also has up to 36 hours battery life, runs the Android 12 operating system and comes in two colours, blue and black

Sony already has a list of various Walkman products on its website, including some that only provide music file transfers and don’t provide internet access – so no music streaming.

Those that do offer music streaming have some astounding ‘premium’ pricetags, including one that’s £3,299.

At £349, Sony claims the NW-A306 is affordable, although several smartphones containing more features are around the same price.

Sony’s new device follows last year’s announcement by Apple that it would be retiring the iPod, the firm’s series of portable media players.

The iPod, which first launched 22 years ago, is still deemed one of Apple’s most successful products, revolutionising how we listen to music.

And while the product was discontinued last year, app creators are now trying to find ways to make sure we can still access the classic iPod home screen when we are feeling nostalgic.

It even has the classic scroll wheel, with tactile functions created by haptic feedback, so it feels bumpy as your scroll through your music options.

The catch is that it only works for those using Apple Music, and not other streaming services like Spotify.