The SpaceX Falcon Heavy this week undertook its “most difficult mission yet” which saw the rocket’s centre core dramatically explode and crash into the Atlantic. After a three hour delay from its originally scheduled launch time of 4.30pm BST Tuesday (11.30pm ET Monday) following “additional ground system checkouts” it was postponed for a 7.30pm BST (2.30am ET) launch. The initial textbook launch of the cutting-edge SpaceX rocket drew gasps and applause from onlookers at Florida’s Cape Canaveral but the mission was hit by problems when the centre core failed to land on 11 minutes later. The SpaceX Falcon Heavy was supposed to land on the “Of Course I Still Love You” drone ship in the Atlantic Ocean.

However the SpaceX ship exploded into flames before crashing into the water.

However the rocket’s two side boosters, re-used for the second time, had already completed a successful landing in Florida.

Falcon Heavy is the world’s most powerful operational rocket “by a factor of two”, SpaceX says.

The ashes of 152 people are onboard the Elon Musk rocket, a move that cost the families of the deceased more than £3,928 ($5,000), and the launch will transport seven grams of their remains into space. 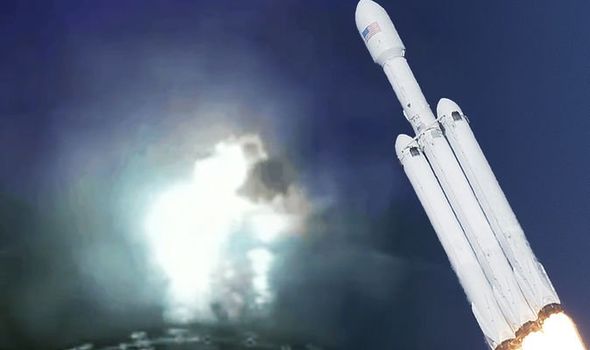 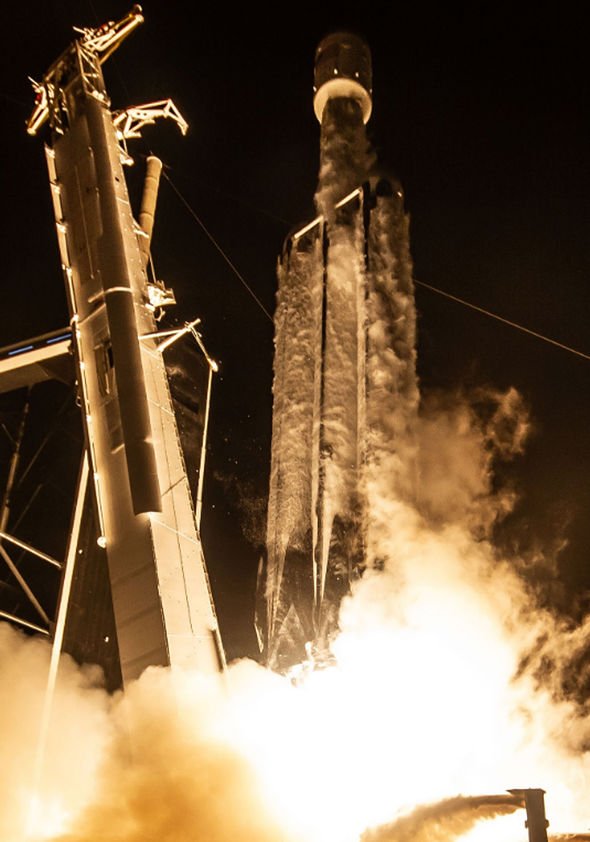 The ashes of the deceased were stored into metal storage capsules and placed aboard one of the SpaceX Falcon Heavy’s payload of satellites.

Only the Saturn V moon rocket, last flown in 1973, delivered a heavier payload into orbit over Earth.

After the boosters separated successfully the craft began its six-hour mission to deploy the 24 satellites on-board, including a deep space atomic clock, a solar sail and the human remains.

The mission intends to provide data to certify the SpaceX Falcon Heavy, and its reused boosters, for future national security launches.

An April launch saw SpaceX attempt to land on its drone ship, only to fall over while being towed back to shore in stormy conditions.

SpaceX has yet to successfully recover the core of a Falcon Heavy intact following a launch. 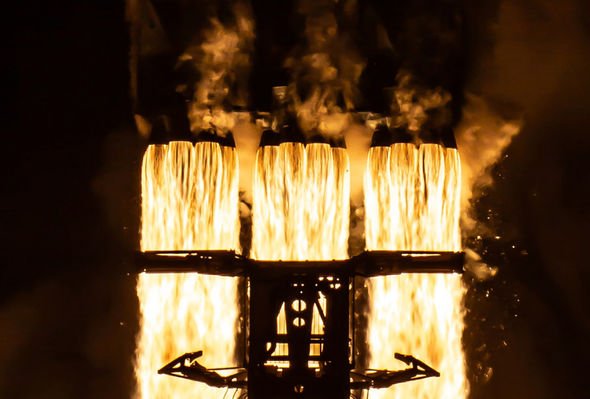 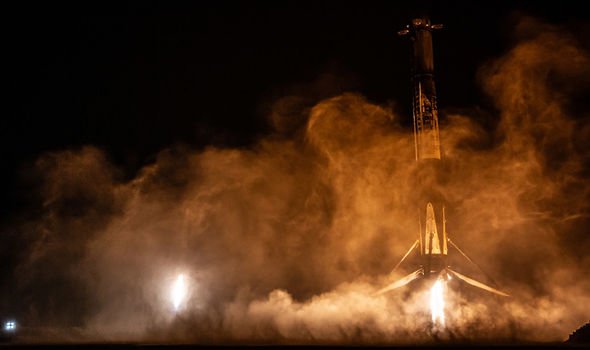 A SpaceX spokesperson described the landing during a livestream: “The centre core entry and landing is going to be risky.

“During entry it will face more heating and dynamic pressure than we have ever experienced on Falcon 9 or Heavy before.

“We have to lift the second stage higher and faster than ever before in order to have enough performance in it to execute four burns into all the different orbits.”

Following the crash the ApeX spokesperson added: “It looks like our centre core did not make it on our drone ship, “Of Course I Still l Love You”, tonight.

“Again, as we’ve been mentioning, this was the most challenging landing we have had to date and this is our secondary mission.”

The primary mission was to complete the deployment of the on-board satellites.