The SpaceX Starship prototype will remain grounded for the time being for “more hazard analysis”. Elon Musk announced the decision on Thursday, August 15, following a conversation with The Federal Aviation Administration (FAA). The FAA oversees and regulates all aspects of civil and commercial aerospace aviation in the US, under the Department of Transportation. Mr Musk is hopeful the Starhopper – a scaled-down prototype of the SpaceX Starship – will be cleared to fly “soon”.

The SpaceX CEO announced the news to his 27.8 million followers on Twitter.

Mr Musk tweeted: “Good conversation with head of FAA Space. Need a bit more hazard analysis and should be clear to fly soon.”

The Starhopper was initially pencilled in for a test flight on August 12 before delays struck.

Mr Musk then teased online the Starhopper would be ready to fly before the end of the week, between August 16 and August 18. 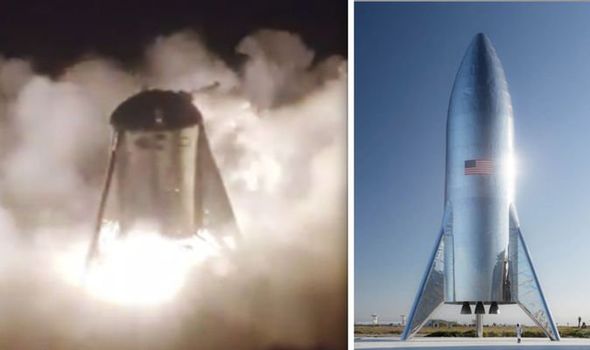 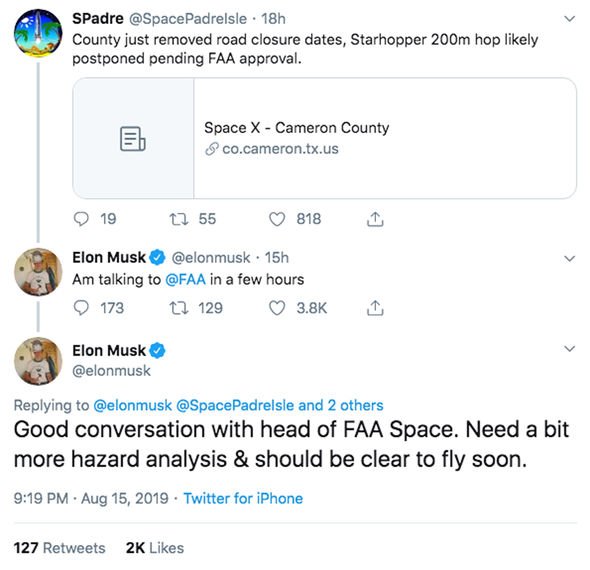 The next Starhopper test flight will see the single-engined, stainless steel construction “hop” about 650ft (200m) off the ground.

Last month, on July 25, the Starhopper completed its first untethered launch when it rose by about 65.6ft (20m) and travelled a short distance to the side.

The test flight only lasted 20 seconds but proved the Starhopper’s Raptor engine could lift the spacecraft off the ground.

The Starhopper is a scaled-down prototype of SpaceX’s proposed Starship spacecraft.

The BFR is a two-stage space launch vehicle designed to ferry up to 100 people to the Moon, Mars and potentially beyond.

Elon Musk first unveiled the vehicle in 2016 but the spacecraft has since undergone a raft of visual and technical upgrades and resigns.

The Starship started as a classic black-and-white spacecraft before SpaceX transformed into a shiny, fin-tailed silver bullet. 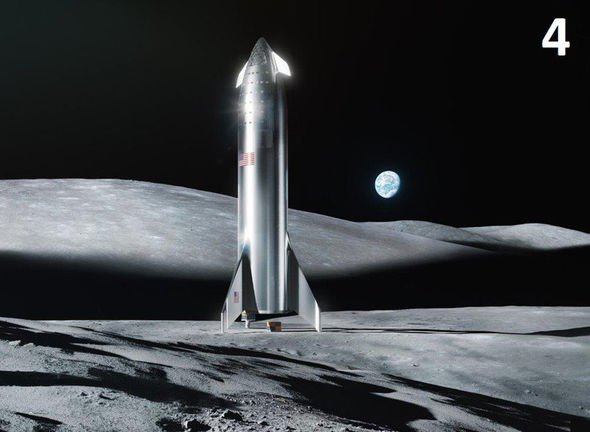 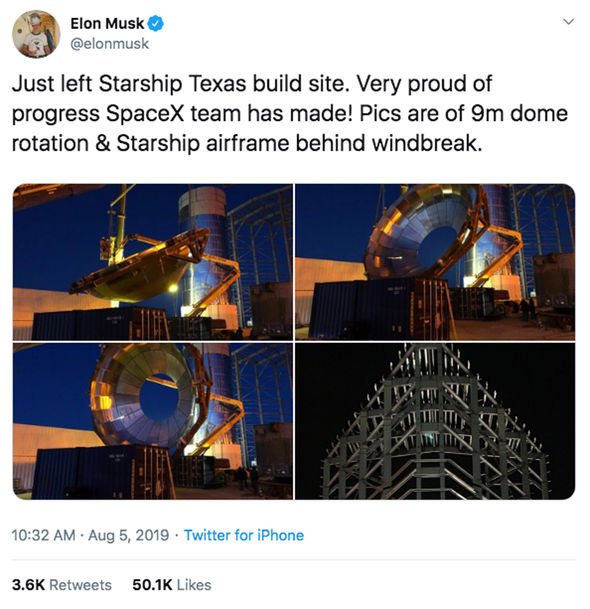 Mr Musk is expected to announce another update to the Starship’s design on August 24 at the company’s facilities in Boca Chica, South Texas.

In a series of tweets, the SpaceX CEO said he will revise all of the “pros and cons” of each Starship design decision.

He also said the first Mk1 Starhopper prototype should be ready to fly by then.

The Mk1 spacecraft will boast three Raptor engines and will be capable of suborbital flight.