The SpaceX launch comes four days after a power outage on the Space Station grounded all incoming operations. On Thursday, May 2, NASA’s ground control confirmed an issue with the space station’s Main Bus Switching Units was resolved. The systems failure has caused the ISS’ power output to drop by 25 percent. SpaceX has now been given the green light to resume flight preparations and launch to the ISS today (Friday, May 3).

How to watch the SpaceX launch live stream

Weather permitting, the ISS resupply mission will blast off today at 8.11am UK time or 3.11am EDT.

You can watch the launch from start to finish in the embedded SpaceX video player below.

SpaceX said: “The Dragon spacecraft that will support the CRS-17 mission previously supported the CRS-12 mission in August 2017.

“Following stage separation, SpaceX will attempt to recover Falcon 9’s first stage on the Of Course I Still Love You droneship, stationed in the Atlantic Ocean.”

In the event weather conditions stop the Falcon 9 from taking off today, SpaceX has pencilled in a backup launch window on Saturday, May at 7.48am BST or 2.48am EDT.

The resupply mission will provide the ISS, on behalf of NASA, with nearly 2,500kg of supplies and research materials.

NASA said: “NASA’s commercial cargo provider SpaceX is targeting 3.11am EDT on Friday, May 3, for the launch of its 17th resupply mission to the International Space Station.

“Packed with more than 5,500 pounds of research, crew supplies and hardware, the SpaceX Dragon spacecraft will launch on a Falcon 9 rocket from Space Lunch Complex 40 at Cape Canaveral Air Force Station.”

What is the SpaceX launch timeline today

The above SpaceX livestream will kick off approximately 15 minutes before the final countdown.

Nine minutes after the launch, the cargo Dragon module will detach from the Falcon 9 and make its way to the ISS.

The reusable Falcon 9 will return to the Earth and the Dragon will cruise towards the ISS for two days.

The Cargo module is expected to reach and dock with the orbital laboratory on Sunday, May 5. 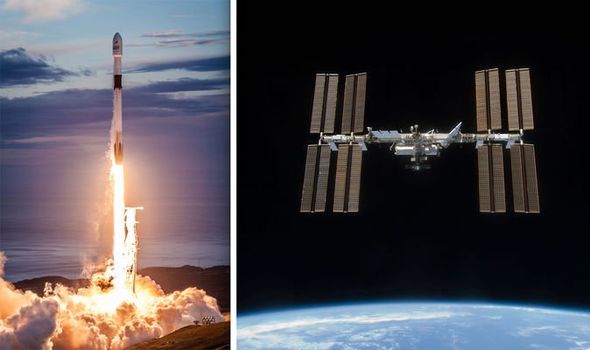 The same Dragon spacecraft was previously used by SpaceX in August 2017 for the CRS-12 resupply mission.

The Dragon spacecraft that will support the CRS-17 mission

SpaceX said: “CRS-17 is the seventeenth of up to 20 missions to the International Space Station that SpaceX will fly for NASA under the first CRS contract.

“In January 2016, NASA announced that SpaceX’s Falcon 9 launch vehicle and Dragon spacecraft were selected to resupply the space station through 2024 as part of a second Commercial Resupply Services contract award.

“Under the CRS contracts, SpaceX has restored the United States’ capability to deliver and return significant amounts of cargo, including live plants and animals, to and from the orbiting laboratory.” 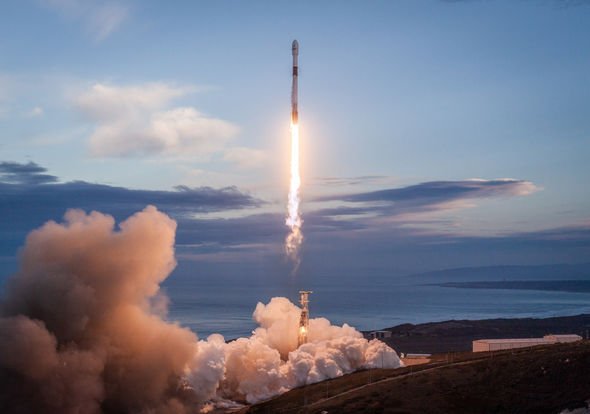 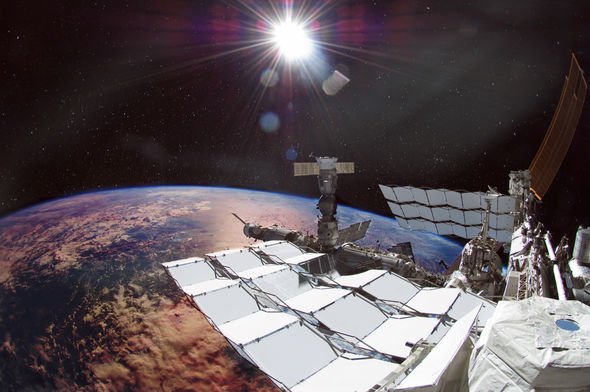 The Crew Dragon, which is a variant of today’s cargo Dragon, was designed to transport NASA astronauts to and back from the ISS.

Once the Dragon is offloaded, the spacecraft will make its way back to Earth after a week with about 1,905kg (4,200lbs) of cargo.

Five hours after the Dragon detaches from the ISS, it will deorbit and plummet towards the Earth below.

It will take the spacecraft up to 30 minutes to reenter the atmosphere and splash down in the Pacific Ocean off the coast of Baja, California.