KENNEDY SPACE CENTER, Fla. — A SpaceX rocket lifted off on Wednesday night from a launchpad here, carrying four Americans on an adventure to orbit the Earth for three days that will be like no other.

None of the crew works for NASA. The mission, known as Inspiration4, is the first orbital trip where not one of the people aboard is a professional astronaut and where government is, by and large, a bystander and observer.

The evening sky was nearly devoid of clouds when the nine engines of the Falcon 9 rocket ignited, lifting the rocket and its passengers to space.

Jared Isaacman, a 38-year-old billionaire and founder of Shift4, a payments processing service, financed the trip. As the mission’s commander, he thanked those who made it possible, and said that it had brought him and the crew, to the “door step of an exciting and unexplored frontier.”

“A few have come before but many are about to follow,” he said. “The door is opening now, and it’s pretty incredible.” 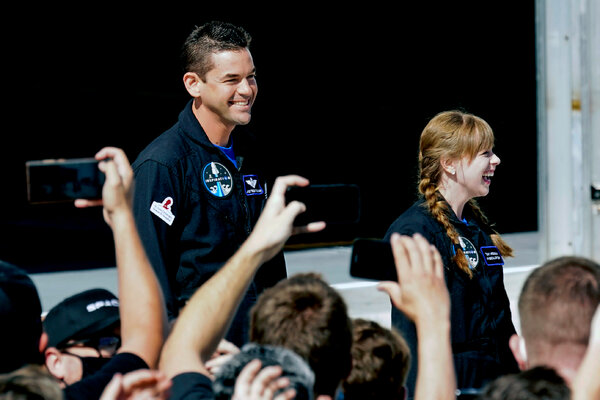 Mr. Isaacman’s public profile is far less prominent than that of Richard Branson or Jeff Bezos, two billionaires who flew to the edge of space in July in vehicles operated by companies they own. Those trips lasted just minutes before returning to the ground.

But Mr. Isaacman’s three-day adventure is perhaps more noteworthy, a step toward a future where space travel might be like airline travel today — accessible by almost everyone.

That is because Mr. Isaacman decided not to just bring along his friends on this trip to space. Instead, he opened opportunities to three people he did not know.

“We set out from the start to deliver a very inspiring message,” Mr. Isaacman said during a news conference on Tuesday, “and chose to do that through an interesting crew selection process.”

The result is a mission that carries a crew that is more representative of wider society — Hayley Arceneaux, a 29-year-old physician assistant at St. Jude Children’s Research Hospital in Memphis; Sian Proctor, a 51-year-old community college professor who would be the first Black woman to pilot a spacecraft; and Christopher Sembroski, a 42-year-old data engineer.

Mr. Isaacman has declined to say how much he is paying for this orbital trip, only that it was less than the $200 million that he hopes to raise for St. Jude with an accompanying fund-raising drive, one of the stated purposes of the trip.

During a news conference the day before the launch, the crew members expressed their excitement and said they were not feeling jitters.

Ms. Arceneaux’s Instagram profile included images from Kennedy Space Center. In one post, she posed before the Falcon 9 rocket with her mother, brother and sister-in-law. Another, which was taken from the launch tower, included the caption, “She’s ready, we’re ready.”

Dr. Proctor posted a portrait of herself in her custom SpaceX spacesuit, proclaiming herself “Flight Ready!”

On Twitter, Mr. Isaacman responded to some of his followers late into the night with details about the trip. In response to a CNBC reporter’s question about the potential for a delayed return to Earth because of weather or other factors, he said they would be able to stay in space for “about a week.” 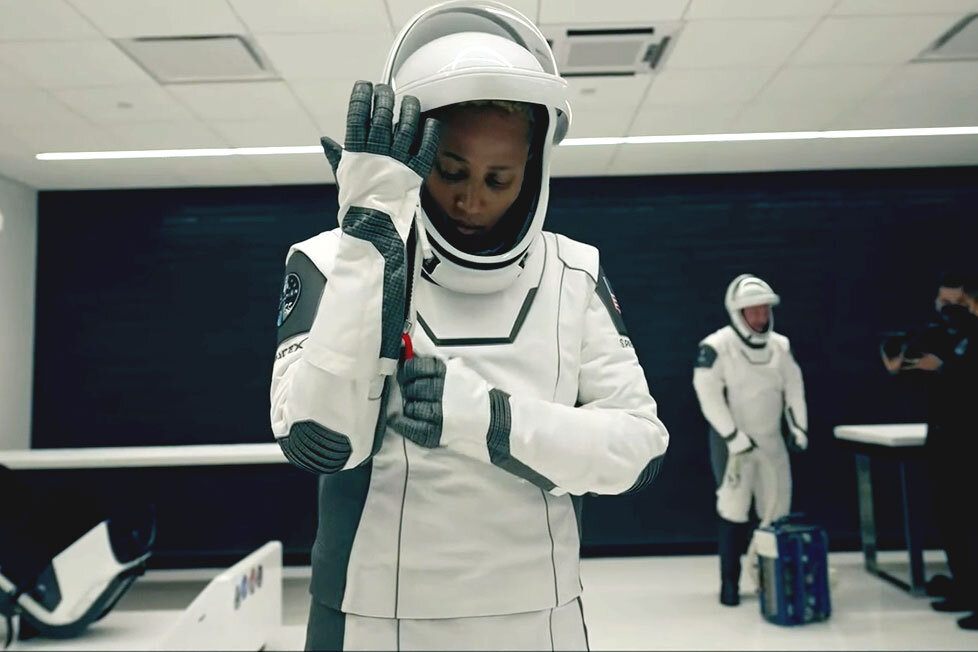 Late on Wednesday afternoon, a live video streamed on the internet showing the astronauts donning their spacesuits at a SpaceX building near the launchpad. That is a change from the NASA center used by NASA astronauts, and reflects the shift from a mission serving government to one focused on private enterprise.

The astronauts then took a short ride in Tesla S.U.V.s to the launchpad about three hours before liftoff. They ascended via elevator to the top of the launch tower, 255 feet up, and crossed a bridge to the Crew Dragon capsule. They paused, beaming with wide smiles, to take in the view. They signed the wall of what is called the “white room,” a space just outside the capsule door.

Technicians then sealed them into the spacecraft. Two and half hours before launch, they were all strapped in and performing checks of the communication system. Then there was a long wait before the rocket was to be filled with propellant, 35 minutes before liftoff.

Sarah Gillis, the lead space operations engineer for SpaceX who guided the crew to orbit from mission control, wished them good luck and a godspeed.

“It has been an absolute honor to prepare you for this historic flight,” she said.

Once the flight launched, the crew’s enthusiasm was unbowed by the forces pressing down on them, as a video inside the capsule showed Dr. Proctor and Mr. Sembroski fist-bumping. 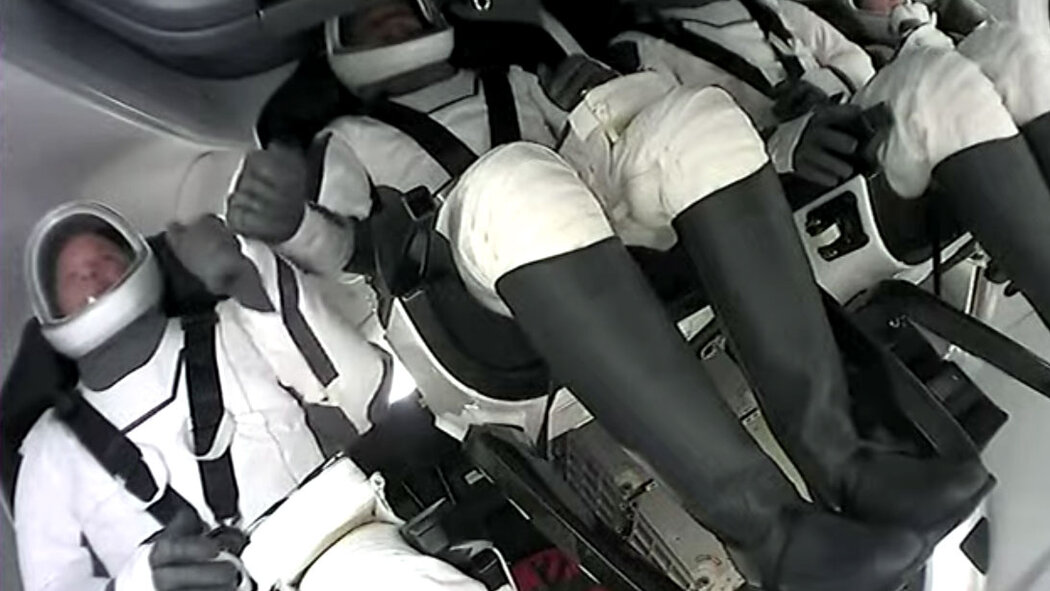 The capsule then headed to an orbit some 360 miles up, higher than the International Space Station and the Hubble Space Telescope. Indeed, the Inspiration4 crew will be farther from Earth than anyone else since the space shuttles worked on the Hubble in the 1990s.

The Inspiration4 crew members will spend a fair amount of their time in orbit helping to advance medical research on how the human body reacts to being in space.

Other activities will be more fun. Dr. Proctor, for instance, will be making some artwork.

“I’m excited to bring paint and do some art in space, and thinking about just the fluids and the dynamics of watercolors,” she said on Tuesday.

Mr. Sembroski took a ukulele with him and is planning to play and sing in the Crew Dragon.

“I apologize for any ears that are listening intently, but I’ll give it my best shot,” he said. “And I do know the acoustics are pretty good.”

The payload also includes items that are being auctioned to raise money for St. Jude Children’s Research Center, which treats children at no charge and develops cures for childhood cancers as well as other diseases. (Ms. Arceneaux was a patient at the hospital as a child, before returning to work there as an adult.)

After they get to orbit, they will circle the planet, 15 trips around the planet each day, until Saturday, when they are scheduled to return to Earth, splashing down off the Florida coast.