Home » Science » Spotify crashes for thousands of users around the world

Thousands of Spotify customers have been left unable to play music as the site experiences technical difficulties.

It appears to affect customers around the world, with the majority of reported problems in Europe.

Of all reported issues picked up by outage tracker site DownDetector, 92 per cent are with ‘music streaming’.

Spotify has acknowledged the issue but the root cause remains unknown. 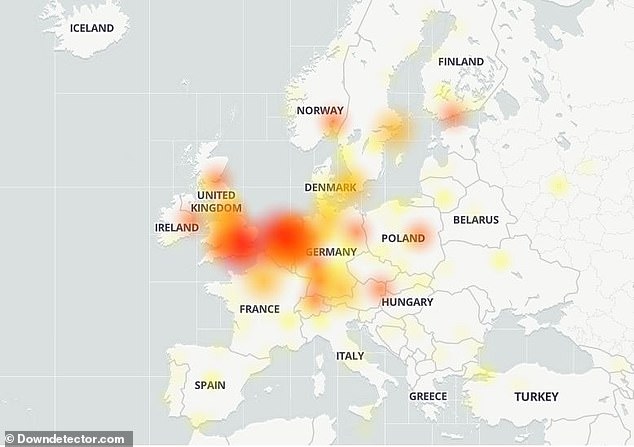 Spotify rarely experiences outages like this and the cause remains unknown. It started just before 11am BST and thousands of customers soon complained online of issues playing their favourite tunes 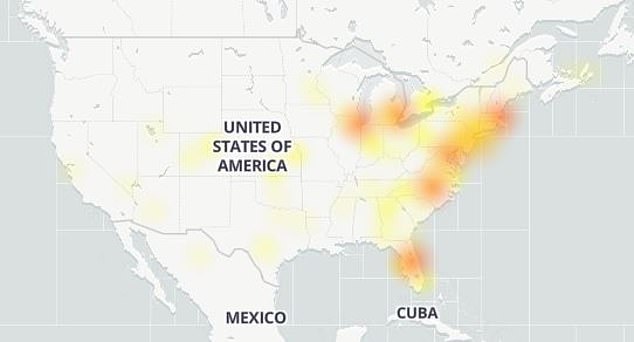 While most of the problems are in Europe, customers in the US seem affected as well (pictured)

It is reported that songs play for a couple of seconds before automatically pausing and showing an error message.

Users are seeing a dialogue box which says ‘something went wrong. Check your internet connection and try again.’

Spotify rarely experiences outages like this, however it did have another problem last month.

The @SpotifyStatus Twitter account posted: ‘We’re aware of some issues right now and are checking them out! We’ll keep you posted.’

Users took to Twitter to vent their displeasure, one saying: ‘Every song keeps stopping at 9 seconds and some won’t even load why tf is SpotifyDown.’

Another added: ‘Car journeys without music are the worst.’