Telling white lies to children to keep them on the straight and narrow can have longer lasting negative implications than parents might realise.

New research has found fibs such as ‘eating carrots help you see in the dark’ and ‘Santa doesn’t give naughty children presents’ may lead to heightened anxiety as a teenager.

It also found that girls take the deceit hardest and can feel unattached to their lying parents, whereas boys are more likely to brush off the lies. 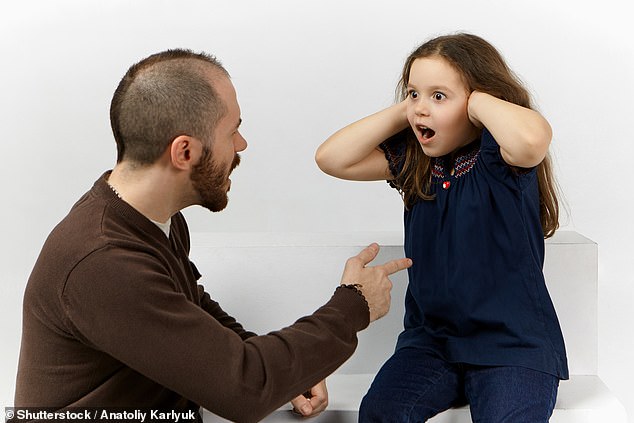 New research has found fibs such as ‘eat carrots to see in the dark’ and Santa doesn’t give naughty children presents’ may leas to heightened anxiety as a teenager. It also found that girls take the deceit hardest (stock)

The academics from Xinyang Normal University found parenting through lying was positively associated with anxiety.

‘Parents often have good intentions when they tell white lies, but for their children such lies may create uncertainty and then anxiety.’

It is thought girls are affected harder by white lies than boys because boys have a higher tolerance for lying, and girls may be more emotionally reactive to their parents’ behaviour.

The full findings are published in the journal Children and Youth Services Review.

The researchers say that telling what are believed to be harmless lies is a common parenting method, but the undeveloped cognitive ability of children can struggle to grasp the concept.

‘Receiving lies is likely to cause difficulties in understanding ambiguous information, and therefore provokes a negative attitude toward uncertainty,’ they write in their study.

‘Specifically, if children previously received lies from parents, they may later be uncertain about whether they should believe more claims delivered by parents or other people.

‘Frequently exposed to such uncertainty, children may find surrounding information difficult to grasp.’

A good relationship between parent and child is essential for the development of the youngster.

Previous research, published in July, found children who have a harmonious relationship with their parents are better at maths than those with a dysfunctional family life.