Home » Science » The Mouse That Survived a Volcanic Apocalypse

For centuries, Mount Pinatubo, a quiet volcano on Luzon, the most populous island in the Philippines, was an ecological Arcadia, a viridian mountain home to an abundance of fauna. One such critter was Apomys sacobianus, the Pinatubo volcano mouse, which spent its days hunting for earthworms and other foods.

On June 15, 1991, the apocalypse befell paradise. Molten rock exploded from the volcano, smothering most of its flanks in superheated, thundering avalanches of toxic gas and debris that instantly exterminated all life in its wake. Almost 1,000 feet was shorn off its summit, leaving behind a 1.5-mile hole and obliterating the surrounding forest.

Ecologists suspected that the Pinatubo volcano mouse, thought to be found up there and nowhere else, went the way of the dodo. But to everyone’s surprise, wildlife surveys revealed that this rodent didn’t just survive the eruption, but it also thrived. As reported in the Philippine Journal of Science last month, it became the most abundant mammal atop the mountain.

Investigating how this mouse made its comeback will help ecologists understand how other mammals may respond when devastation — anthropogenic or natural — greets them, said Eric Rickart, the curator of vertebrates at the Natural History Museum of Utah and co-author of the new study.

This mouse’s dramatic saga also reinforces an unassailable ecological edict: You should never underestimate rodents, said Christine Wilkinson, a doctoral student researching conservation biology and human-wildlife conflict at the University of California, Berkeley, who was not involved with the study.

Whether or not you think Apomys sacobianus is cute may depend on your predilection for rodents. “It’s a large mouse. Some people would call it a small rat,” Dr. Rickart said. “It’s really a very beautiful little animal.” 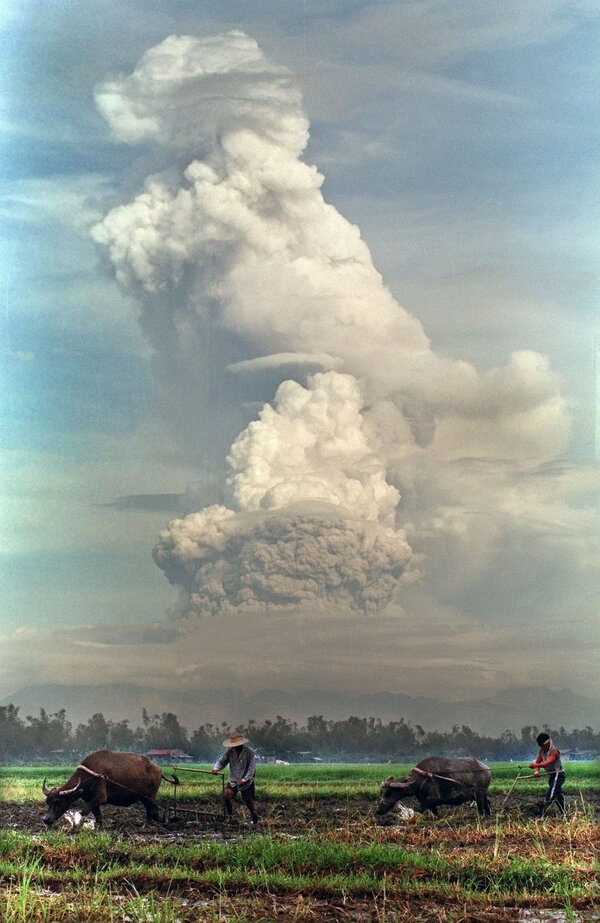 Its adorable appearance aside, little else was known about it. For half a century, just a single specimen existed in scientific storage, collected from the volcano’s lower slopes in 1956, and subsequent fieldwork implied the volcano was its only home. Conventional conservation biology wisdom would suggest this precariously small habitat was just one disaster away from wiping the mouse off the face of the world.

While scientists presumed it had been taken out by this extinction-level event, some were curious if there was more to the story. Danilo Balete, a researcher with the Field Museum of Chicago, went to Pinatubo in 2011 and 2012 to check whether this grim fate occurred. Working with field assistants, including members of the Indigenous Aeta peoples, Mr. Balete set traps laden with worms and roasted coconut treats to capture and tally up the local mammalian wildlife.

Mr. Balete, also one of the study’s co-authors, died suddenly in 2017, at age 56. He was both a leading light in Philippine biodiversity science and a dear friend to his colleagues. They felt impelled to complete the work he started — and in doing so, they found the opposite of what everyone had predicted.

After acute environmental destruction, invading rats from lower elevations should have conquered the mountain, with native species pushed to the side. “That’s just not what we’re seeing in the Philippines,” said Lawrence Heaney, curator of mammals at the Field Museum.

The homegrown mammals had refused to cede much ground to any opportunistic pests, instead continuing to rule their volcanic roost. They are thought to have held on in small patches of surviving woodland, eventually repopulating the mountain’s slopes.

Similarly devastating eruptions have happened at Pinatubo in the distant past. The mouse might have persisted through each one, going on to thrive again and again in the post-apocalyptic landscapes. Dr. Rickart said, “We consider it a disturbance specialist,” one that revels in ruined environments.

It may seem counterintuitive, but a tranquil environment isn’t always the optimum state of affairs for life, Ms. Wilkinson said. As various plants, fungi and animals caught in wildfires demonstrate, some need destruction to thrive. And whenever a reigning ecosystem is dealt a lethal blow, like the asteroid coup de grâce that visited the dinosaurs 66 million years ago, small mammals are happy to fill the void.

The eruption was undoubtedly terrible for many. But as the story of this superheroic mouse has shown us, “‘terrible’ may be a relative thing,” Dr. Heaney said.