Home » Science » The ocean is SINKING: Oceans are being consumed by Earth as dead supercontinent found

The oceans are in a perpetual state of flux, with water flowing in and out of the Earth’s mantle. The process, known as the deep water cycle, sees water slip under the planet’s tectonic plates only to come out later through underwater volcanoes and vents. About 70 percent of the Earth’s surface is covered in water and 97 percent of that water – more than 332,519,000 cubic miles – is found in the oceans. But the deep water process appears to be swallowing up more water than it is releasing back to the surface.

And if some scientific estimates are to be believed, there could be about three to four oceans-worth of water are trapped under the mantle.

The shocking revelation was presented by a team of geologists from Norway in the Journal Geochemistry, Geophysics and Geosystems.

The researchers found historical evidence of sea levels fluctuating by more than 656ft (200m) alongside so-called super continental cycles every 300 to 500 million years. 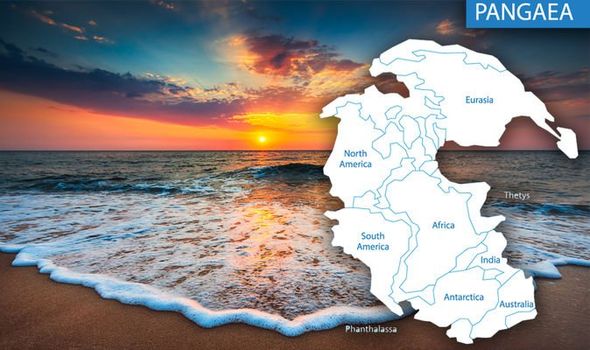 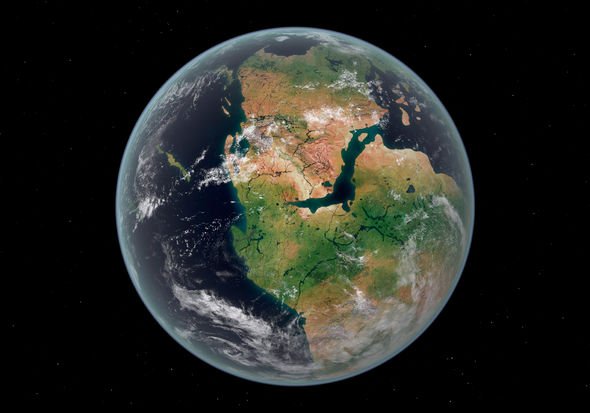 And one event, in particular, may have contributed to a significant flux in the deep water cycle – the break up of the Pangea supercontinent.

The dead supercontinent existed throughout the late Palaeozoic area and into the Mesozoic era.

When Pangea broke up, the deep water cycle likely swallowed up to 430ft (130m) worth of water from the world’s oceans.

Krister Karlsen, a geologist from the University of Oslo, told Live Science: “The breakup of Pangaea was associated with a time of very rapid tectonic plate subduction.

“This led to a period of large water transport into the Earth, causing associated sea-level drop.”

The break up of Pangea first gave birth to the North Atlantic Ocean as the North American Plate and Eurasian Plate separated.

The event forced a “rapid subduction” of water under the Earth’s mantle around 230 million years ago.

The researchers wrote in their study: “Our models suggest that a sea level drop of up to 130m is possible over this period and that it was caused by the ~150Ma rift-pulse that opened the Atlantic and forced rapid subduction of old oceanic lithosphere.

“This indicates that deep water cycling may be one of the more important sea level changing mechanisms on supercontinental time scales, and provides a more complete picture of the dynamic interplay between tectonics and sea level change.” 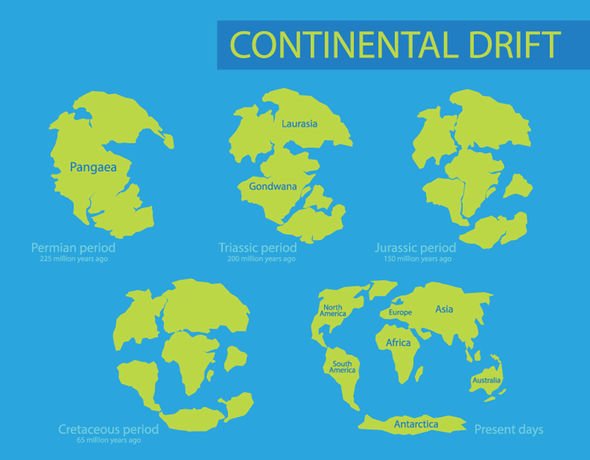 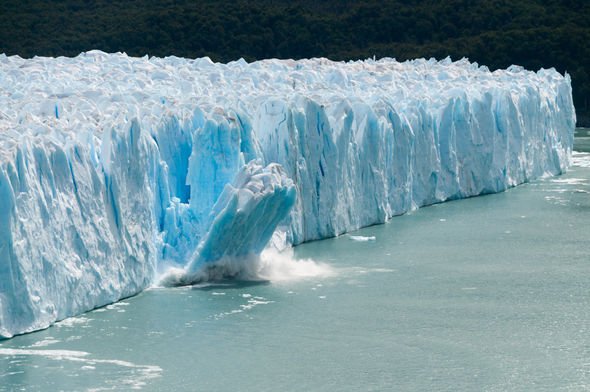 And yet despite the deep water cycle, scientists believe the world’s oceans are undergoing a spike in height, brought about primarily by the warming of ocean waters and the melting of polar icecaps.

According to the US National Oceanic and Atmospheric Administration (NOAA), the rise is happening at an “increasing rate”.

Dr Carlsen said: “While the deep water cycle can effectively change sea level over hundreds of millions to billions of years, climate change can change the sea level in zero to 100 years.

“For comparison, the present-day sea level rise associated with climate change is about 0.1 inches – 3.2 millimetres – a year.

“The sea level drop associated with the deep water cycle is about 1/10,000 of that.